Mark Zuckerberg’s humanitarian manifesto from February outlined his desire to “build more tools to empower community leaders . . . to run and grow their groups the way they’d like.” On June 22nd and 23rd in Chicago, Facebook will hold its first free Facebook Communities Summit to celebrate group admins and better equip them to lead their flocks. Only Facebook Group admins are permitted to apply here, and several hundred will be chosen to attend.

“You’ll hear from Facebook executives about new products we’re building  to help admins grow and manage their groups.  You’ll have an opportunity to participate in workshops  and give the Facebook team real-time feedback on what will make groups better for you.  And you’ll get to meet other admins from across the country who are building remarkable communities through groups.”

Applications will be open for a limited time to Group admins from the US, though their communities can be international. Up to three admins can apply together, though only one application per Group is allowed. Some Groups will be explicitly invited to send admins with a nomination process they’ll receive information about. Applicants should hear back in May.

The Summit itself is free, and Facebook will cover the cost of hotel accommodations and food so as long as the admins can get to Chicago, it will be affordable for anyone to participate. That’s critical to ensuring a diverse set of attendees that can disseminate the strategies learned at the Summit to every community. 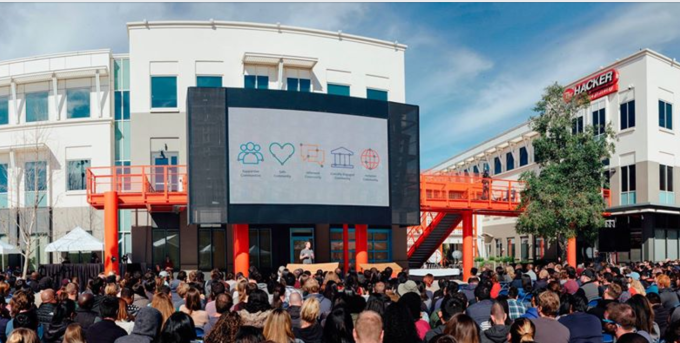 Groups has quietly become one of Facebook’s most popular features, reaching over 1 billion users a year ago. Yet Zuckerberg admits that Group admins tools are relatively basic, despite the massive importance of communities coming together to his vision of a better world.
Zuckerberg wrote that “A healthy society also has many layers of communities between us and government that take care of our needs. When we refer to our ‘social fabric’, we usually mean the many mediating groups that bring us together and reinforce our values.” Yet local offline community group participation has declined up to a quarter in the past few decades.
So Zuckerberg proposed building better suggestion features to help people find Facebook Groups, admin tools to help galvanize them, and a sub-Group structure that will let pockets of communities rally together.
“A healthy society needs these communities to support our personal, emotional and spiritual needs” Zuckerberg wrote. “In a world where this physical social infrastructure has been declining, we have a real opportunity to help strengthen these communities and the social fabric of our society.”
By bringing Group admins together in-person, Facebook could help them learn from each other while providing them the insights and features they need to make positive change in a world where elected leaders seek to benefit by tearing us apart.