Adobe has a tendency to show early demos of the technologies it’s working on but isn’t quite ready to launch publicly. The latest of these is a selfie app from Adobe Research the company outed on its YouTube channel earlier today.

The iOS app, which doesn’t currently have a name as far as we can see, uses a number of the machine learning smarts the company has developed over the last few years and then applies them to selfies (or mobile portraits, as Adobe likes to call them).

Adobe previously demoed quite a few of the features that are available in the app, including the ability to turn 2D selfies into (limited) 3D models so you can change the tilt of your head a bit, for example. The app also uses Adobe’s liquify filter to smooth lines or make it look as if the photo was taken from a different distance. The app also lets you automatically blur the background to mimic the depth-of-field blur you would get from an expensive DSLR.

The most interesting feature, though, is likely the ability to look for photos that mimic the look and feel of what you’re going for with your selfie and then Adobe’s machine learning-powered tools will automatically try to apply that look to your “mobile portrait.” In machine-learning speak, that’s called “style transfer.”

Those features aren’t all new, but previous demos mostly ran on the desktop and this is the first time the company has shown how they could be used together in a single mobile app. 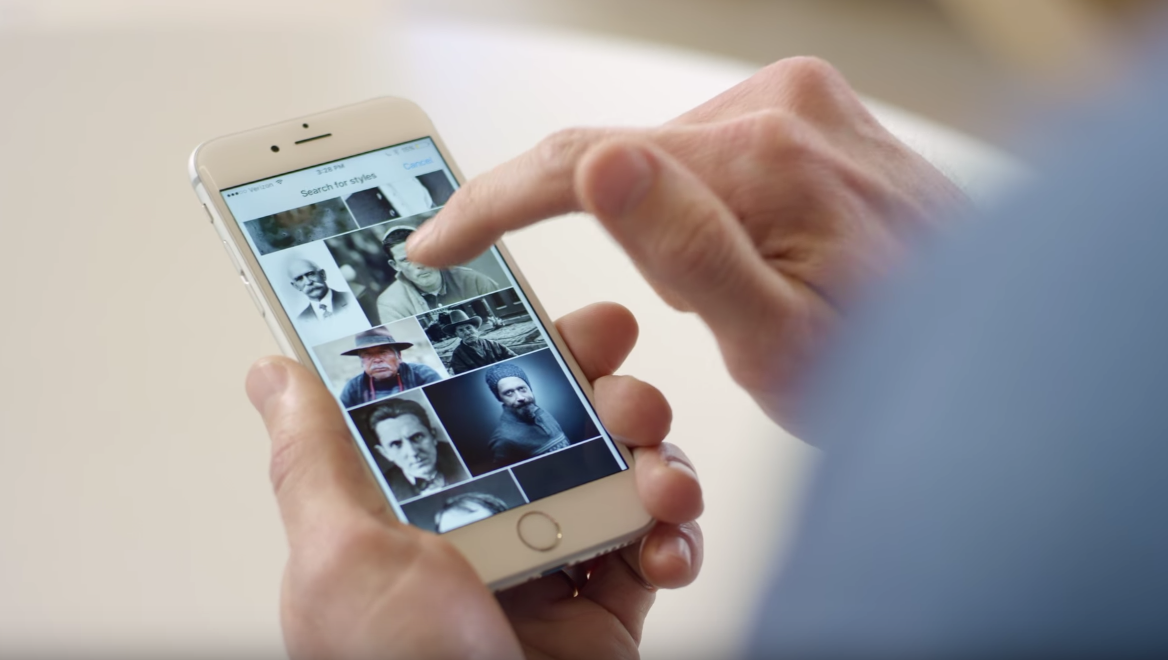 As usual, it’s not clear when (or if) Adobe plans to launch this new app to the public. The demo makes it look like a product that’s ready for release, but that’s the point of the demo, of course. For the most part, today’s video is surely meant to raise awareness of Adobe’s Sensei AI platform, but my guess is that there’s a real product hidden behind here that we’ll see outside of the Photoshop world.

Here is the official statement from Adobe about its future release plans: “Sneaking glimpses of new technology is something we do from time to time to showcase the amazing innovation that Adobe engineers come up with. We’ll be sure to keep you updated on future developments of Creative Cloud products as they’re available.”