Thank you for joining me, ladies, gentlemen. Researchers have created a “stabbing machine,” with which they intend to “simulate stabbing events,” with the further intention of getting to the heart of knife-related crimes. Now, I don’t have a problem with teaching robots knifeplay per se, but we must be circumspect. We must be careful. We must not teach them poorly.

The stabbing machine — that’s what they call it; one senses an underdeveloped creative drive — is ostensibly to be used by forensic investigators who need to know what kind of knife was used in a crime. Various types of knives make various types of cuts, as you might expect, and the shapes of holes left in clothes can indicate whether the weapon was serrated, dull, curved and so on.

Ordinarily a human stabber is employed in recreating these holes in test fabric — for comparison, you understand — but people are notoriously un-robotic in their execution of this type of task, and, as in other things, small deviations in force and angle creep in where unvarying exactitude is needed. It’s missing the inhuman touch, if you will.

Hence, the creation of the stabbing machine, created by researchers from the University of Technology Sydney and Brazil’s University of Santa Cruz do Sul. But let’s just run down its features, as highlighted by the researchers in their paper, published in Forensic Science International.

Right off the bat I have to question the wisdom of this setup. Surely many stabs are performed in a vertical fashion? For hundreds of years — nay, since the invention of the first sharp item, a knapped flint or perhaps scavenged bit of volcanic glass — the iconic, quintessential stab has been vertical. Whether it is a sacrifice, surprise attack, coup de grace, vampire disposal or even the mythical menacement of Damocles, one finds the blade pointed downward.

I grant you that your garden-variety, pedestrian back-alley shivving (one could hardly call it a stab) is horizontal, but surely this rich history should be accommodated by the machine. And don’t tell me you can just turn the whole thing 90 degrees. That’s absurd.

As much as any stabber would, in boasting of his technique in a dockside bar, compare his thrust to the steady, irresistible force exerted by a pneumatic cylinder, we all know it’s just not that simple. The machine may very well be able to choose between 50 pounds of force and 60, but that is not finesse. That is not, as they say, a la mode.

The machine cannot improvise with a twist or adjustment and put its weight (though considerable) into the most yielding angle. Its static foam target and simplified vector do not permit the complexities of the dynamic system that is two people engaged (one, admittedly, more than the other) in an in vivo stabbing. But I digress.

Here, at least, is a relatively successful attempt to replicate the many and varied fashions of stablature.

Gentlemen, ladies, please — I allow that 60 is a low number, quite low, if the goal is faithful and exact reproduction of any given penetrative event. But consider the limits of technology, and the limitless invention of the human mind — to say nothing of the infinitude of situations, positions, motions and so on that may feed into this engine of impalement. The variety is so great that none of us, with our vaunted versatility, could reproduce them all. 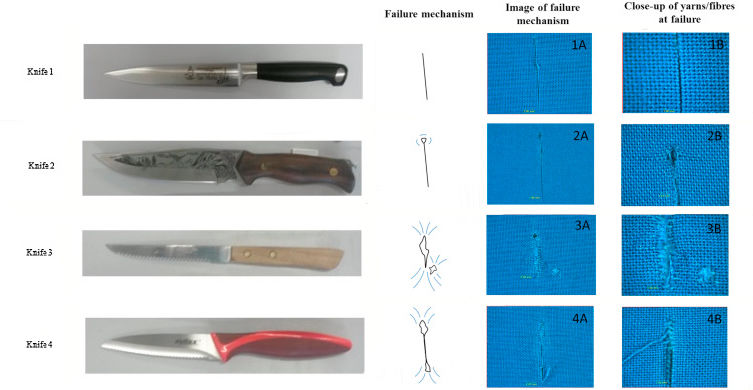 60 positions, however, is more than enough to represent the genres, if you will. Would you have an artist robot capable of recreating every painting or film individually? No! But would you expect it to be able to create pointillist or cubist works, to tell the difference between romance and horror? Of course! Remember, this stabbing machine is a mere assistive tool, not a replacement for the forensic investigators themselves, or the violent criminals indispensable to their trade. Check your expectations accordingly.

Here too we must allow that the goals of a forensic stabbing machine are different from the goals of a general purpose stabbing machine. It is, of course, critical to the researchers’ work that each stroke be identical to the last, because their interest is not in the variations of the stroke but in the variations of its effect.

Accurate to “less than 1.0 mm in the x-axis and 2.3 mm in the y-axis for a given stab position,” which is pretty good, I guess.

I shall only say that this seems to me a highly limiting methodology for determining the effectiveness of a stabbing machine.

(With apologies to Thomas de Quincey)