Following the death of Google Reader several years ago, there was a brief renewed interest in alternative RSS readers – news readers that let you track updates from blogs or other websites in a single interface. While there was a lot of hype around Digg’s entry into the space, it’s Feedly that has best picked up the Google Reader mantle, and continued to roll out features aimed at those who ingest, save and reference a large number of news items on a regular basis. Today, Feedly is adding to its feature set again with a series of updates that turn its reader into a more powerful knowledge board creation tool. 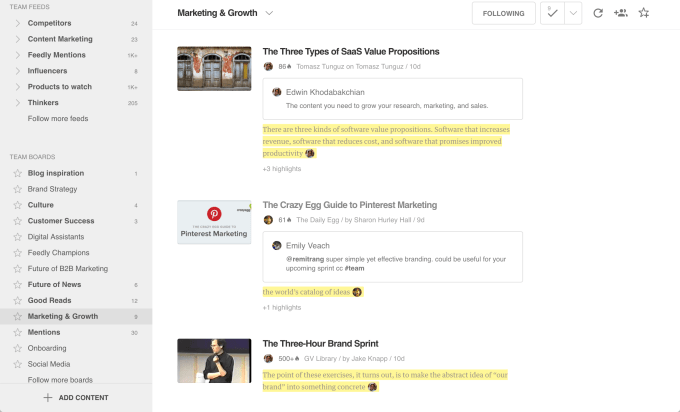 Today, Feedly is introducing Boards, a feature that makes it easier to organize the stories you want to save for yourself, or share with others on a team. This latter addition, Team Boards, is ideal for business users and co-workers who want to track stories about clients, projects or other interests.

The functionality of Boards replaces tags for all users – Basic, Pro (a paid tier) and Teams. 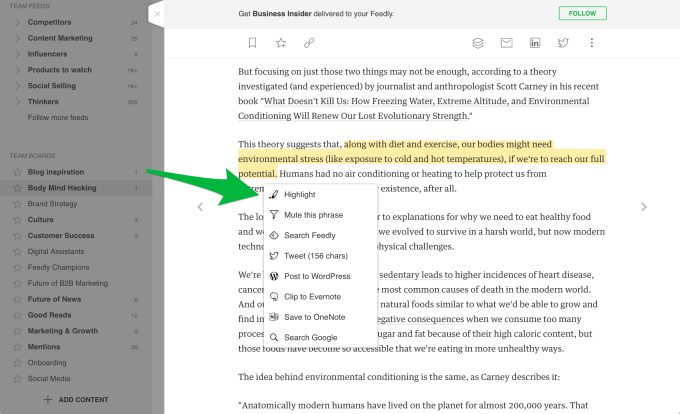 Instead of clicking a button to tag an article, you now click a star icon instead to add it to a board of your choosing. If it’s the first time you’ve used boards, Feedly will ask you to create one by entering in a name.

Like tagging, however, you can save a story to multiple boards. And you can still save stories to read it later-style services, like Pocket and Instapaper, if you choose.

The Teams product is where Boards can become even more useful. You can track website feeds, Twitter feeds for accounts, lists and hashtags, as well as Google keyword alerts. When you save one of these items to a Board, you can now mark it up with added context. 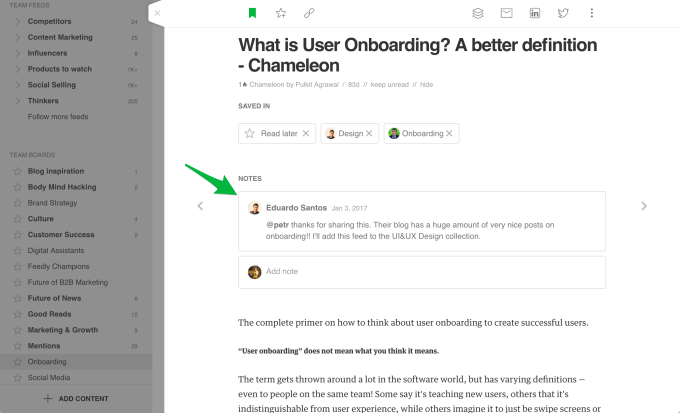 For example, you can highlight key parts of an article and annotate the article with your expanded thoughts or ideas. Plus, you can notify fellow teammates using integrated Slack and email mentions.

This curated set of content can additionally be used to build out email newsletters based on the stories you’ve saved in the Boards. Items can also be shared out to social media, including through Buffer, LinkedIn, and Hootsuite, either immediately or on a scheduled basis. An API is available, too, with integrations into workflow systems like IFTTT or Zapier. 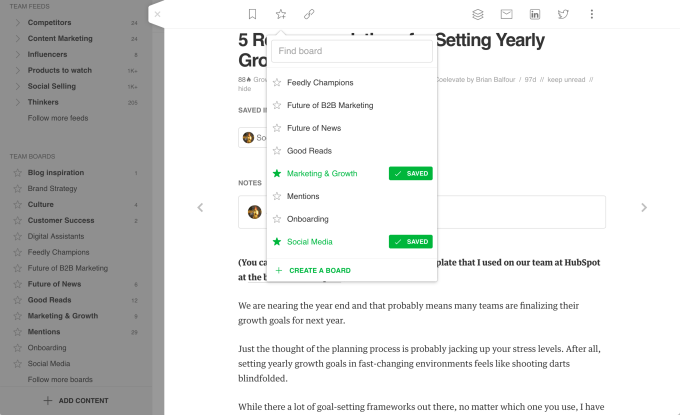 What’s interesting about Feedly’s development over the years is that it demonstrates the potential that Google squandered by shuttering its own RSS Reader, instead of realizing how it could have been modernized to become a paid toolset for researchers, knowledge workers, and businesses. It also ties in nicely with the growing interest in email newsletters as a way to reach an audience.

Boards, Notes, and Highlights will also work on any device including the web and mobile, via the Feedly app. Basic accounts can only create up to 3 private Boards. For unlimited boards, you’ll need to upgrade to Pro ($5/mo.) or Teams ($18/mo. per user). 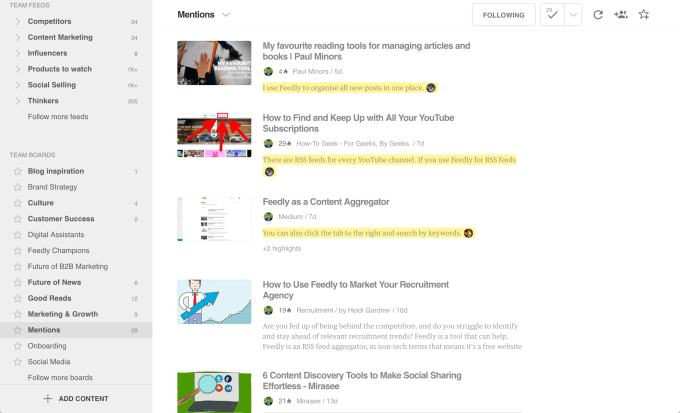