A vertical take-off and landing craft (VTOL) that can stand toe-to-toe with combat helicopters a concept taken directly from sci-fi – it’s almost the default futuristic military ship among Hollywood epics. A real one just finished its first test flight program, as the Aurora Flight Science LightningStrike XV-24A Demonstrator Craft ended its first stage of flight testing. This puts the program on track to move on to the full-size XV-24A flight tests, set to start late next year.

The XV-24A isn’t a full-size vehicle; it’s a scaled down version, weighing just 325 pounds, a small fraction of the planned 12,000 pound full-scale XV-24A (formerly called the X-Plane) intended for production, which will also have a 61-foot wingspan (an F-18 has a wingspan of around 45 feet, for comparison). But a subscale vehicle demonstrator (SVD) is a standard part of the process when developing new aircraft, offering a way to test out key technical elements of the design before embarking on the more costly process of building a full-scale vehicle. 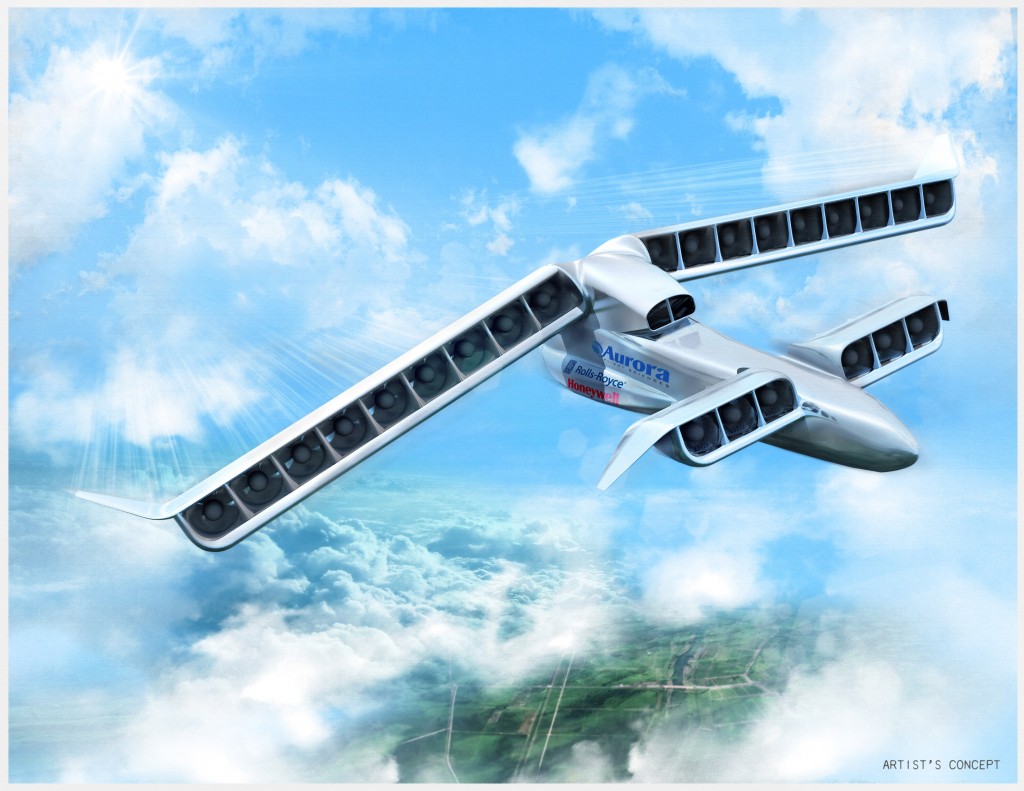 An artist’s rendering of what the final LightningStrike XV-24A will look like.

The smaller XV-24A SVD showed off, among other things, how the final craft will transition between its outbound and inbound flight states, and showed that the basic flight physics work for how it’s intended to operate, with rotors that angle vertically to help propel the craft into the air, before adjusting to a horizontal alignment like you’d find on commercial jets, for faster forward motion vs. traditional rotor-based craft including helicopters.

Eventually, Aurora wants the XV-24A to be able to fly at sustained speeds ranging from 300 to 400 knots, doubling the max speed of comparable helicopters, while also besting their hover efficiency by as much as 15 percent. The tilt-wing craft Is being designed to work without a pilot onboard, using 24 rotor fans powered by a Rolls-Royce AE 1107C turboshaft option to move through the air, all powered by a hybrid-electric drive system.

You can see the first flight of the XV-24A subscale testing craft below, when it launched a year ago. The program is part of Aurora’s requirements for its DARPA and U.S. Air Force funding.