Apple’s subscription streaming service, Apple Music, rolled out a major (ver. 2.0) release to Android users today, introducing a new design that largely brings the app to parity with its iOS counterpart. The update includes a visual makeover, which organizes content into a few main sections – Library, For You, Browse, and Radio – as on iOS. The Now Playing screen also resembles the screen on iOS, and includes lyrics integration.

However, it’s clear that Apple Music for Android is not a priority for Apple, despite its seeming intentions to compete with rival services like Spotify or the now on-demand Pandora, for instance.

Case in point: this new version of Apple Music Android app is essentially catching up to the iOS one that rolled out with iOS 10…you know, last fall.

In addition, the update has surprisingly not addressed one of users’ complaints with the earlier version: the sign-in bug. On select devices (it’s clear from Google Play comments this is not a universal complaint), users are asked to enter their Apple ID verification code in order to complete their sign in upon first launch, after entering their Apple ID and password.

Unfortunately, a pop up message alerting you to this fact remains, and there’s never a place to actually enter in the code provided to you on another Apple device.

You can see this referenced in a few angry comments on Google Play from the prior version, as well as on Twitter:

Having just updated the Apple Music app on both a Nexus 5 device and Pixel, I can confirm that this bug remains today with the release of version 2.0. Awesome!* [See update below for the “solution.”] 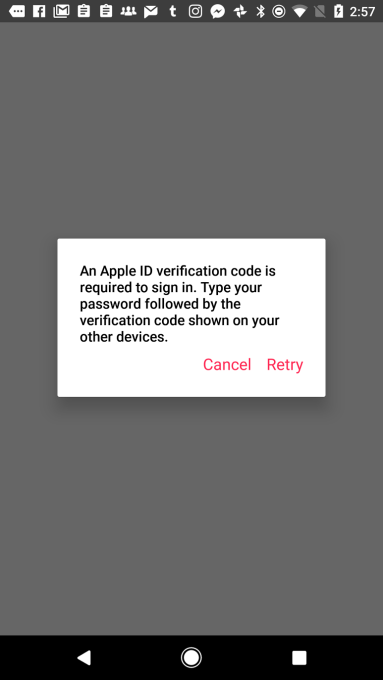 Apple Music on Pixel. I’m forever staring at this message.

In any event, the revamped Apple Music for Android certainly looks nice from the new Google Play screenshots, and the comments from those who can actually use it are so far largely positive. The commenters note that many earlier bugs have been squashed and performance has been improved, and many complimented the new interface, which includes the big-lettered headings like you’d see on iOS.

Despite Apple’s inattention to its Android app, Apple Music has been growing steadily thanks to its built-in status as the default music app on iOS devices.

Now, imagine what Apple could do if it actually made Apple Music work for all Android users.

“When you have two-factor authentication turned on for your Apple ID, Apple Music on Android will ask you to enter a one-time code when you sign in. If you received a verification code by text, phone call, or on a trusted Apple device, tap the password field again. Don’t delete your password, but add the new code to the end of your password.”