When we last left Misen they were crowdfunding a very nice, very usable chef’s knife. They completed their crowdfunding goal and shipped the knife last year. Now they’re back with a paring knife for $30, and it’s pretty darn good.

Given that almost anything — from jeans to sous vide machines — can get the high-tech, internet-only treatment, it’s to be expected that knives are about to get disrupted. Misen — which is short for “Mise en place” — wanted to be a completely internet-based knife brand, and they’ve succeeded. They have two products in multiple colors, and the quality is solid if slightly better than some of the other knives I’ve tried. While you won’t mistake a Misen for a Global or a Sabatier — two of my favorite kitchen knives — the steel keeps a nice sharp edge on this new paring knife with minimal maintenance and the entire piece is snugly assembled and should last a few thousand washings.

I haven’t put this thing through its paces completely — the thermoplastic could prove to be this knife’s downfall — but it has served us well for the past few weeks and it’s become my wife’s favorite knife. We showed it to a professional chef who raved about its edge and handling.

This is obviously not a cooking blog — if it were, I assure you my beat would be BBQ — but it’s fascinating to see good-quality things come out of the traditional “post a Kickstarter and make a brand” methodology. At this point you can probably crowdfund almost anything, and I’d love to see a crowdfunded car come down the pike one of these days. That said, if you’re interested in a well-made knife for far less than you’d pay for a Wusthof or similar store brand, give these guys a try. 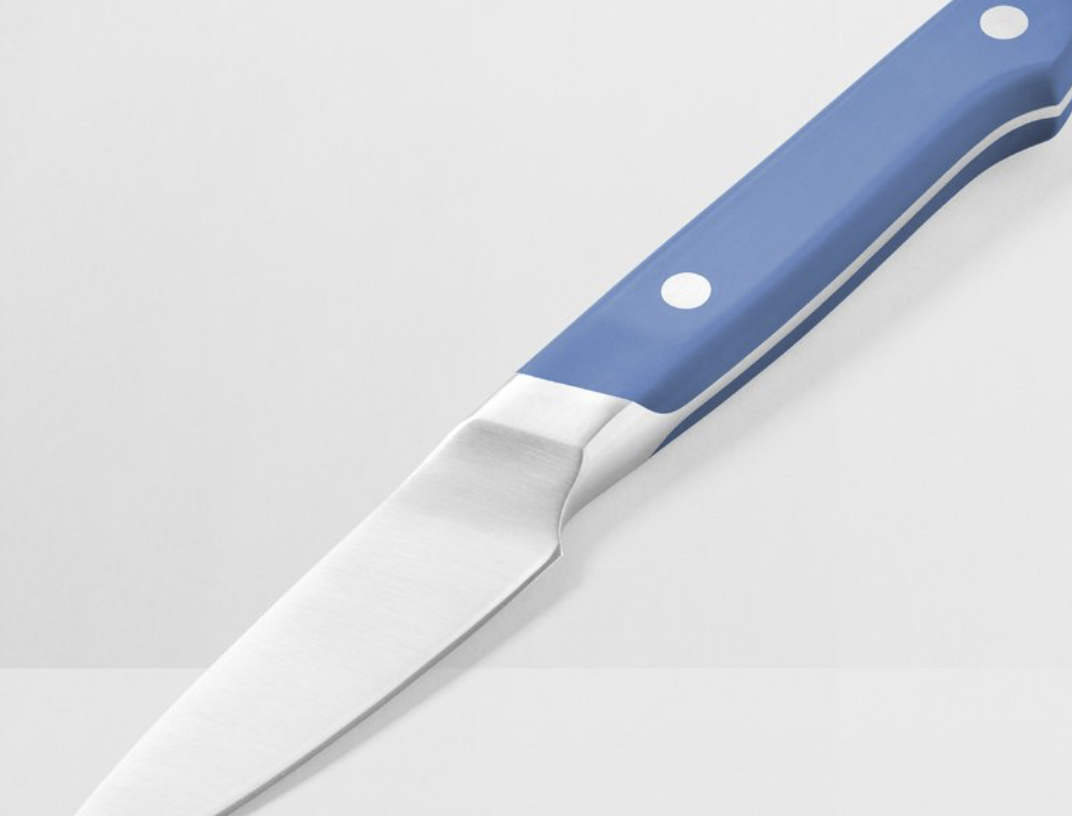