How did a former comedy writer and marketing executive wind up tackling the thorny problem of our politically fragmented modern society?

For Daniel Ravner, the 41-year-old founder of The Perspective, the answer was in the last election.

The concept is relatively simple — basically create a media and opinion site that is predicated on the now-quaint notion of the fairness doctrine, where equal time is given to opposing viewpoints.

While that sounds radical, the fairness doctrine in media was a federal standard for decades until it was abolished under the Reagan administration in 1987.

Revoking that requirement opened the door for the opinion-based media that has dominated airwaves, television current events channels (I’m not calling them news — fake or otherwise) and, most importantly for this conversation, the web.

When the site posted to Product Hunt it racked up over 723 upvotes and positive reviews from the site’s app-watchers.

The idea behind the site, says Ravner, was to open people’s minds. “It was to show them the perspective they are missing based on fake news or skewed news,” says Ravner. “Most people go to news websites that agree with them to begin with.” 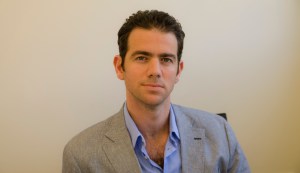 While well-intentioned, Ravner’s statement underscores the site’s main problem. It accepts and normalizes the argument that there are two sides to a news story. In many cases, there aren’t. There’s a fact set that is either true or false. It’s only in the last 20-odd-years that the relationship between facts and truth was called into question.

“The drive to personalization makes commercial sense,” Ravner continues. “I don’t think that Google or Facebook are trying to do evil. The internet, and those companies specifically, are so big that their filters are bound to have side effects… and the side effects are the filter bubble.”

Ravner designed his site to combat that in three ways. The first is to present opinion pieces side by side (much like the fantastic Wall Street Journal feature: Blue Feed, Red Feed), called Trending Perspectives.

In addition to the perspective pieces (more on them in a second), The Perspective also presents what it calls Essentials, which lay out the pros and cons of a particular position.

Each of these two features emphasize a balanced perspective where the site’s writers try to give equal weight to every argument that’s presented.

I think you can see the problem. In many cases, as I said before, the different positions that the site selects don’t actually deserve equal weight. The methodology that it uses for selecting its featured pieces, and the sites that it privileges, are sometimes odd.

Contrasting a National Journal piece (a fairly conservative site) with the basically middle-of-the-road USA Today isn’t actually putting things of similar tenor in opposition, and can make one or the other publication look more strident by comparison.

The third feature that the company’s new site has is a challenge option, which allows a reader to reach out to their personal connections and challenge them with an article from the site that may run against the presumed assumptions of the reader.

Ravner said that other products are on the horizon, as well.

He also takes issue with the characterization of the site as making false equivalencies and sees himself as one of the last watchers on the wall of decency in the public sphere.

“I feel the world is going to a bad place,” says Ravner. “We’re not investigative journalism. We just try to find the stories or the facts or the arguments that can open people’s minds.”

The mission is one that attracted the attention of the Rimokh Trust, a Los Angeles-based family office that committed $500,000 to Ravner’s project.

“You must understand that we’re trying to do something that’s right and good. The Perspective has a mission and we have figured out the best ways we feel the mission should be completed,” said Ravner. “We have an editorial team that works really hard to find what we think makes the story bigger and in a way that can make people open their minds and see things in a way that they wouldn’t see if they didn’t look for a different angle, which they usually don’t.”