Since the dawn of machines, mankind has dreamed of shoving one small computer into a larger one. The vision resurfaced last week in the form of a strange Apple patent for a laptop-style device that slotted in an iPhone in place of the trackpad.

Of course, Apple patents all sorts of crazy stuff. That’s just a thing that Apple does. The actual possibilities of such a device coming to market seem, at best, slim. But like clockwork, in amongst a deluge of announcements at today’s Samsung Unpacked event in New York is the DeX, a docking station for the Galaxy S8 that turns the newfangled phone into the base of a desktop computer.

The system, designed to “facilitate the mobile workforce” features a swiveling curved HD display and a Bluetooth keyboard and mouse. Samsung says it worked with Microsoft and Adobe to customize apps for the experience, which I have to say in our quick demo seems to run a lot smoother than older attempts to capture the strange space. 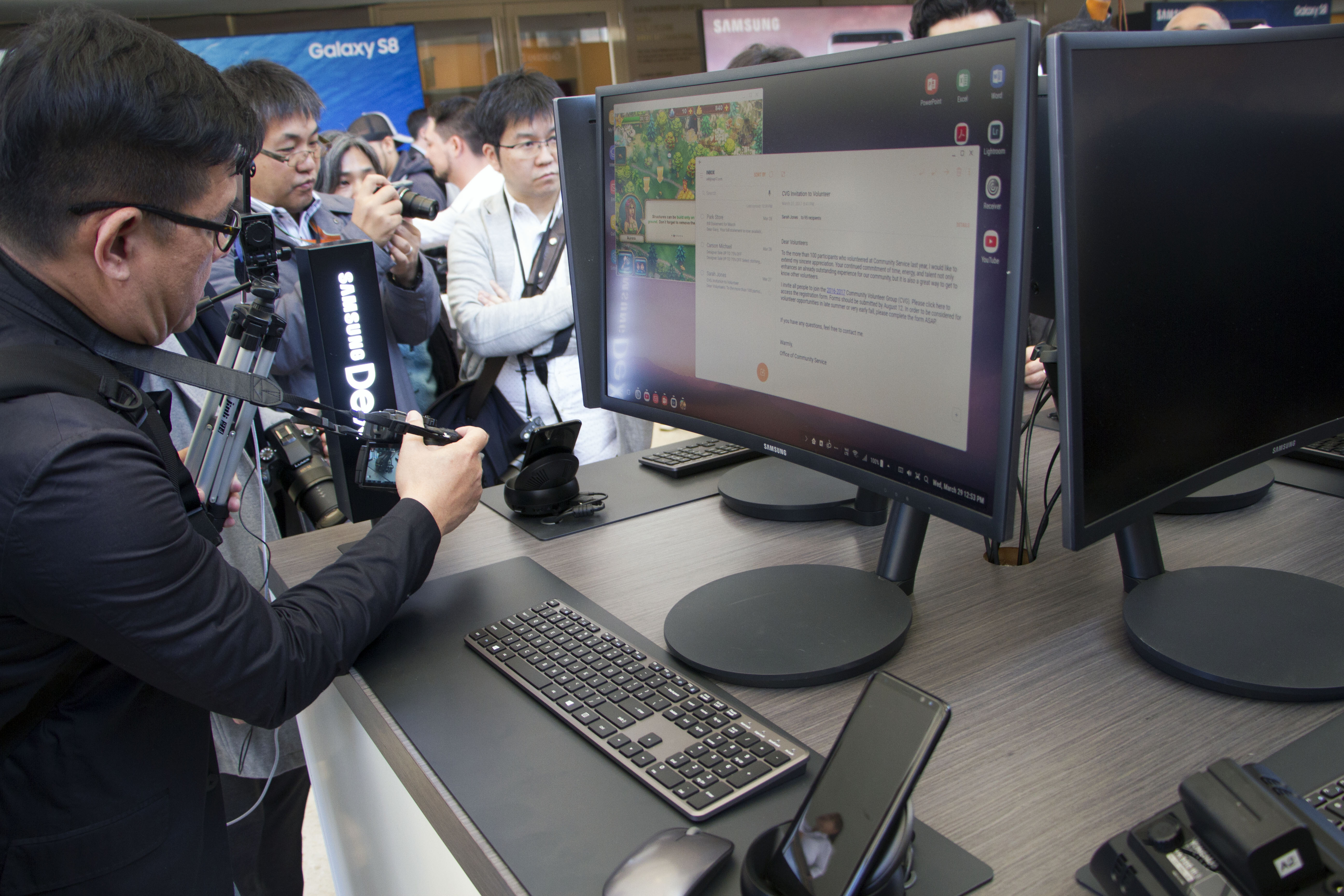 The system turns the Android experience into a full desktop (albeit with the limited processing power contained therein) and features  enterprise support from the likes of Citrix, VMware and Amazon. It’s a pretty limited case use, let’s be honest. Samsung’s got work stations at offices in mind here, so employees can just pop their phone and go to work. Though I’ve got to wonder how many road warriors as it were are running around with smartphones and no laptops.

It’s an extremely narrow scope that’s plagued the category from the beginning. But it’s never stopped tech companies from reaching for the docking stars. And let’s be honest, the idea of being confined to a niche product category has never stopped Samsung from bringing a product to the market.

The history of mobile computing is littered with such devices – small computers that magically transformed into larger ones with the help of a docking companion. And all have suffered a similar fate, courtesy of a limited market. Though in the best known case of the Palm Foleo, the project was simply scrapped before it started. 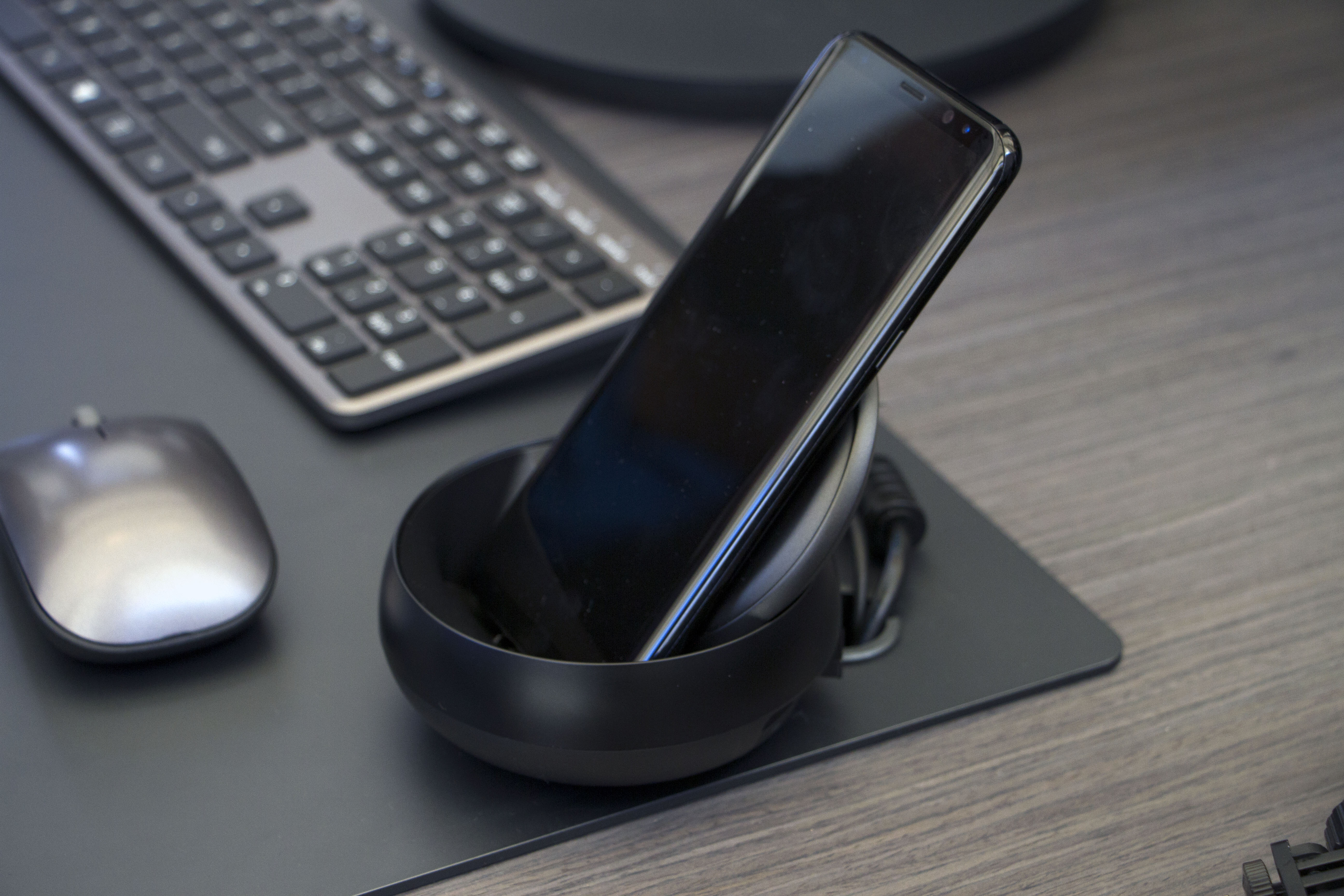 A few months after it was announced, the miniature Treo-connected notebook was shelved as the company opted to focus on “core devices.” Perhaps that one had a fighting chance, given the netbook craze that would spring to life a few months later. Though Palm, it seemed, was ultimately doomed in this post-iPhone world. But hey, now we have webOS on smart refrigerators, so win-win.

Or hey, what about the Motorola Atrix or the Asus PadFone? Microsoft pushed a docking station with the Microsoft Lumia 950. And odds are pretty good you’ve just altogether forgotten the Celio Redfly. But history has not.

They all seemed like fun and interesting devices on release, but all suffered similar fates. And in a time when we’re all backed up and synced to the cloud, it’s hard to say precisely what benefit we’d get from a docking station for a specific line of devices. But hey, it’s there if you need it. Godspeed, Samsung DeX.