In what could potentially serve as an important moment in the quest to 3D-print body parts, a team of scientists from Sweden’s Sahlgrenska Academy and Chalmers University of Technology have managed to successfully implant human cartilage cells in six-week-old baby mice.

The researchers created a gel composed of human cartilage cells, printed it through a CELLINK 3D bioprinter and implanted the material inside the lab mice. Once implanted, the tissue began to grow and proliferate inside the animal, eventually vascularizing, with blood vessels growing inside the implanted material. After two months, the material began to more closely resemble human cartilage, which was further stimulated with the addition of stem cells.

The team worked with local plastic surgeons to implant the material, which could one day be used to create more natural implants for patients who have lost ears, noses or knees due to accidents or diseases like cancer.

“There is no solution for missing ears,” research lead professor Paul Gatenholm tells TechCrunch. “You have plastic and silicone implants, which you need to put in with a titanium screw. That’s it. The surgical procedure is that you put in cartilage from a rib from the patient and carve. It’s very painful and the outcome is very bad. If we can use cells from the nose and beef it up with stem cells from the patient’s bone marrow or fat, we will be able to print that full 3D structure.” 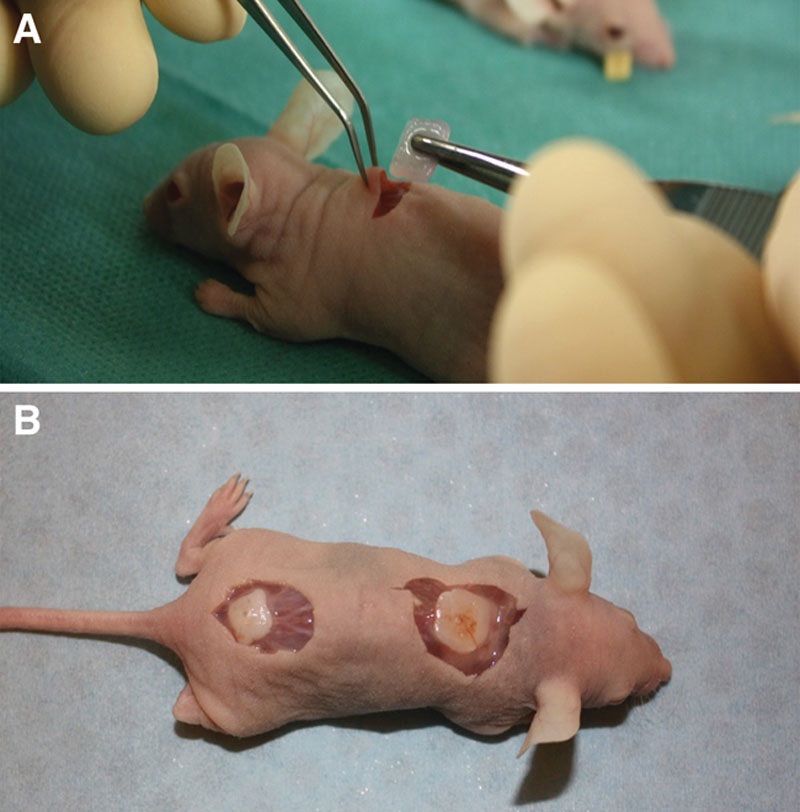 Gatenholm adds, hopefully, “It will have a great impact on healthcare for tissue regeneration and implementation. I think the first breakthrough will be of the skin and then the cartilage and then the bone.” Beyond that, the technology could some day also be used for even more complex human parts like organs.

Gatenholm cites a paper from February of last year in his discussion. In it, a team of researchers, including regenerative medicine professor Anthony Atala, detail how they’ve used 3D bioprinting to construct bone and muscle using computer imaging to “translat[e] the model into a program that controls the motions of the printer nozzles, which dispense cells to discrete locations.

Similarly, 3D modeling in the form of CAD (computer-aided design) files can be used by the printer to create better anatomical pieces than plastic surgery modeling.

The process is still a ways from becoming a viable reality for future reconstructive surgery, including all of the regulatory approvals that come with implementing of this sort of invasive procedure. But the team’s work marks a promising step in the process, which could some day extend beyond cartilage to other key human tissue.