Zozi, a startup that describes itself as an OpenTable for tours and activities, and which raised $30 million from Richard Branson and others back in 2015, has laid off 30 percent of staff, Zozi tells TechCrunch. The company says the restructuring will allow Zozi to focus on its core B2B software platform, Zozi Advance, going forward.

The company has 119 employees listed on LinkedIn, as of the time of writing, but Zozi says this number has never been accurate. Zozi’s own website says there are 83 employees. The company tells us it has roughly 60 employees today.*

Founded in 2007, Zozi has been around for some time, though never quite reached the same mainstream awareness of others in the travel space, like Airbnb, for example. The company originally followed the Groupon model of daily deals, before pivoting to focus instead on its marketplace for getaways, adventures and tours.

This saw Zozi competing in the same space as Groupon again – this time with its travel business, Groupon Getaways. However, Zozi’s aim was to capture more of the millennials’ interest, given the generation’s penchant for wanting to having “experiences,” rather than owning things. 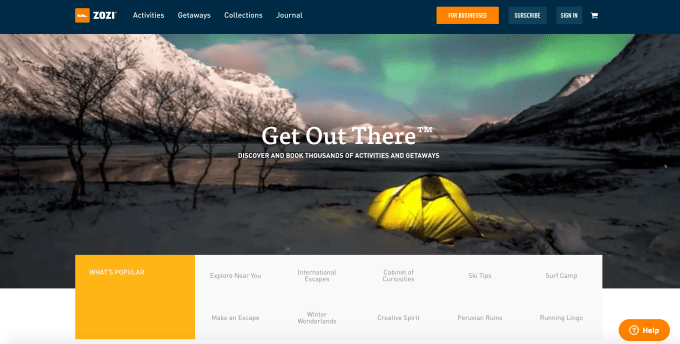 However, competition in the travel space is tough, with many players offering access to trips and activities. One of Zozi’s larger rivals, Viator, was acquired by TripAdvisor for $200 million in 2014. Kayak and Expedia also now offer online reservations for tours and activities, and Airbnb more recently entered the space, too, with Airbnb Experiences, following its acquisition of travel activities marketplace Trip4real.

There are a number of startups playing in this market as well, including Peek, Triposo, GetYourGuide, and others.

Zozi, to its credit, well understood the challenges in developing a standalone consumer-facing brand, which is why it also developed another side to its business: Zozi Advance, an online bookings and payments platform.

That system had grown to support several thousand businesses in nearly 90 countries as of last year, when founder and CEO T.J. Sassani said in an interview that the company was seeing around a billion dollars flowing through the Advance platform. A spokesperson for Zozi did not offer to update these figures, but rather said that “March has been a record month for us in terms of new businesses added.”

“Our business nearly grew 3x in revenue in 2016, and is on pace to grow 2x this year on our more efficient operating model,” the spokesperson also said.

As of January 2016, Zozi said 5 million people had used its service to book their activities. 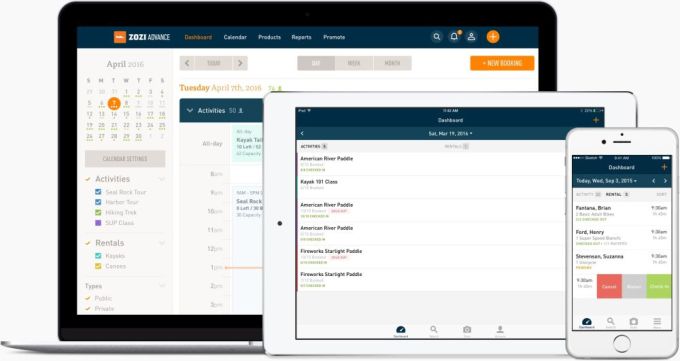 This side of the business has its competition as well, such as FareHarbor, Xola, Rezdy, or Zaui. And now, instead of competing with Viator, Zozi is integrating with it.

Zozi today has a decent 3.8 out of 5 rating on Glassdoor, though some reviews cited a feeling of “uncertainty” around the business, with a lack of transparency from upper management. Employees said they didn’t feel clued in as to why there was turnover or why people were leaving. We heard this lack of transparency continued with this restructuring.

Reached for comment, a Zozi spokesperson confirmed the layoffs saying the initiative impacted roughly 30 percent of the team, and said it was a result of the “a healthy business decision to double down what’s working” – that is, the Zozi Advance B2B software platform.

Zozi says the marketplace for activities is not being shut down.