“We wanted to play and find games and it was hard to find,” Donte Morris said. “We thought that there has got to be an app for this.”

When Morris and his brother Dominic couldn’t find an app for it, the brothers created Hoop Maps. The app solves this problem through social planning and networking. 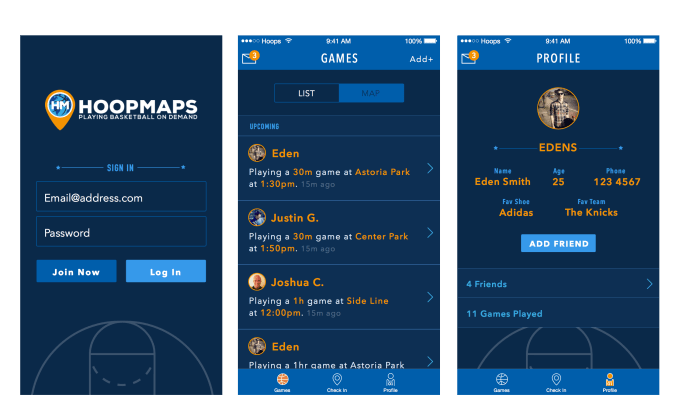 Individual players can log in to the app and find basketball games on demand. The app shows where and when a game is being played. The games can take place anywhere, from a park to inside a gym.

Users also can set up a game by selecting a time, place and duration and their game will show up on maps or a list for users in that same area.

There are two settings for a game, orange and blue. A game is shown with a blue icon when it is about to start, a game is orange when it’s already in progress.

You also can connect with Facebook friends and other users on the app and use these connections to create games by inviting them to play through the app or messaging them on the platform about any games that you are planning to play in.

The app has seen recent success, with 10,000 users added in the past week alone. The app is active internationally and the founders have seen usage in a number of countries.

The app also experienced a large uptick in usage when they implemented a share button. Users can now easily share their pickup game across their social media platforms by posting an image with the time and place of the game.

The brothers hope that the app will make it more convenient to be active and participate in a game of pickup, especially for those who might otherwise turn to video games or TV.

The app is a great example of how technology is bringing social planning and networking to even the most impromptu events.

Right now Hoop Maps is only available on iOS in the App Store, but an Android version is in progress.