Twitter is about to make it much easier for media publishers to post live video broadcasts with the launch of a live video API tomorrow morning. The API will let companies hook up professional broadcasting and video editing equipment to Twitter with more powerful integrations than Twitter’s existing Periscope Producer feature.

The forthcoming API was first reported last week by The Information. Now TechCrunch has learned the exact launch date is tomorrow morning and that Telestream, Wirecast, and Livestream Switcher are amongst the API partners that will help publishers use the API. Twitter declined to comment for this story.

[Update 3/21: As we reported it would, Twitter today launched its live video API called “Periscope Producer API” with partners including Telestream’s Wirecast, and Livestream.]

Our source indicates that Twitter’s Live API will work similarly to the Facebook Live API that launched last April to connect professional equipment to the social medium. Big video cameras, editing boards, desktop editing software, satellite vans and more will be able to broadcast directly to Twitter through the API.

This functionality goes deeper than Periscope Producer, which merely provides a destination URL where users can send video from software like OBD or Wirecast. While Periscope Producer was designed to attract semi-pro web vloggers to Periscope without complicated engineering requirements, the Live video API will be much more customizable for larger publishing enterprises. 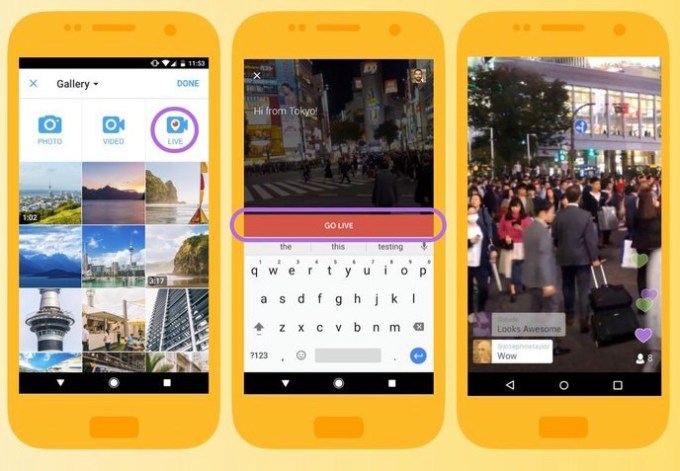 Twitter added the ability to broadcast live straight from its main app in December, after downloads of its dedicated live-streaming app Periscope fell off. It also has been signing deals to license big news and sports events like Thursday Night NFL games. But its Live content pipeline is still thin, and the Live API could be flexible enough to encourage broadcasting.

The launch raises the question of whether Twitter will stay committed to keeping Periscope its live video app, or if it will roll more of the broadcasting and livestream browsing into its main app. [Update 3/21: It appears Periscope will continue to be the main broadcasting app for Twitter as this API is branded with Perisocpe not Twitter.]

Twitter is the natural home for live video, not Facebook, Instagram or Snapchat. It’s always been about now. This API could use convenience to offset its smaller scale and lure content creators and owners to put their first screen inside Twitter’s second screen.