lef was a mobile authentication app that I chose for increasing my own WordPress security when I started blogging years ago — as did a million other sites. However, the app is officially and unexpectedly shutting down on June 6th; former employees will continue working on other projects at Twilio, including the Authy app and API.

Byrne said: “We weren’t able to find a business model that would make our growth sustainable.

I spoke with Clef co-founder, B Byrne and asked a few questions to understand what causes an app with a sizable user base to suddenly fail. SEC filings from September 2016 indicates Clef attempted to raise money but couldn’t close the round. Byrne said that Clef had successfully “raised additional funding” around that time, with a last reported total valuation cap of $8 million, but the situation went south starting this year, not last.

Firstly, what caused the shutdown? Byrne said: “We weren’t able to find a business model that would make our growth sustainable.” For reference, Clef offered “high security” corporate packages, but in all other instances it was just a free app and service. 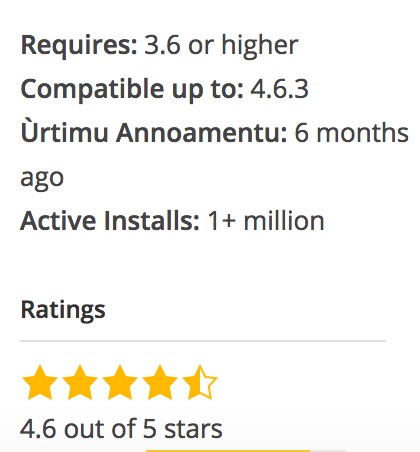 A quick Google search for a cached version of the official plug-in page returned the WordPress stats: Clef had at least 1 million active installs on WordPress sites.

The loss of a mobile authentication app will be felt by the people who were using it (including myself), probably first with a feeling of being inconvenienced. However, Clef’s shuttering isn’t reflective of the growth of 2FA apps as a whole. Bryne felt similarly, saying:

“I think that in the short term, Clef shutting down is definitely a loss to the two-factor market, but I believe that something even better is coming and that there is growing momentum in the space.

I think that TOTP is an okay alternative for now, U2F is even better for a lot of use cases, but I also know that there is some really transformative tech coming down the pipeline.”

Two-factor authentication was all the rage in 2015 (and still is), but Clef was offering a unique solution when it launched: to not only secure your user credentials, but make them easier to use. Upon setup, the whole process only took a few seconds and ended by just signing you in.

We ended our conversation talking about what would happen to the remnants of the Clef team. It turns out they will continue their work as soon as the app shuts down. Byrne will be leading product for the Authy API, but will be “working in close proximity” to his former Clef associates.