It may not look like a bunch of cobwebs, but the tie you see above was spun from the same material spiders spin out from their behinds. The difference is this thread was mass-produced from fermented microbial poop instead, and it’s the first product out from materials science startup Bolt Threads.

Intrigued? We first wrote about Bolt’s zany ambitions to build a spider-silk factory using microbugs when it was just getting started two years ago. The startup has since raised a total of $90 million from a slew of well-known Silicon Valley VCs and tells TechCrunch it has bold ambitions to someday clothe us from head to toe in various materials fermented first in the lab. 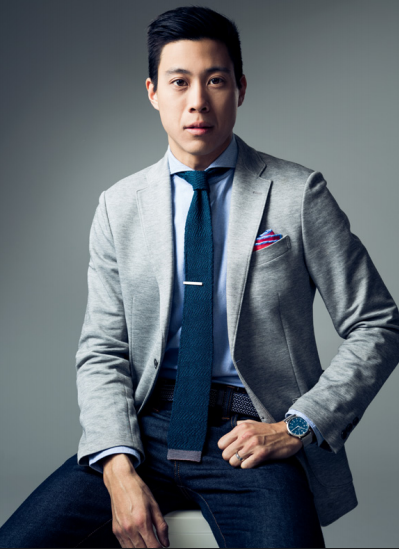 Spider silk is a good start. It’s one of the toughest yet softest materials in the world, but really hard to get more than a handful of before the spiders start to eat each other — though plenty of others have tried to go there.

A Madagascar spider farm was able to get the little critters to produce about 80 feet of silk back in 2009 — the largest amount of cloth humans have ever been able to extract from the creatures naturally before the spider slaves turned to cannibalism. Then some Canadian scientists thought it would be good if genetically mutated goats made the silk from their udders. That endeavor proved to be a bit expensive, though. Goats take up a bunch of space, need lots of food and take a while to produce the spider milk to make the silk.

Not so with microorganisms! While the first tie off the line took close to seven years to produce (including time to raise capital and work out the science), founder Dan Widmaier says his team was able to spin up the next one in just 60 days.

The process is sure to speed up as Bolt increases manufacturing, but the production part is kind of interesting to note. Bolt makes the ties in a similar way one might brew beer or make whiskey. As Widmaier explains, you get some corn, ferment it with the engineered yeast and then let them expel a protein identical to that of spider silk. Then a machine spins the protein into a fine fiber the way a spider butt would normally do and you get a ton of spider silk.

Bolt is not the only company using this process to mass produce the silk. Japan-based Spiber also uses a special yeast to make spider silk and plans to produce its first product, a $1,000 silk-spun “Moon Parka” jacket sometime this year.

Both companies have experienced some delays in production, according to Chemicals and Engineering News. But Bolt has so far brought in more money, inked a partnership with Patagonia and has now beat Spiber to market with this launch.

So just how much does it cost to wrap a bunch of spider webs around your neck? Bolt pins the price on Pi, or $314 each, falling closely in range with other high-quality silk ties like this Ermenegildo Zegna found at Nordstrom for $285.

But you’re not likely to get your hands on one of these ties anytime soon. The company only made 50 “limited edition” neckties and those who want to purchase one of them will have to sign up via lottery on the company’s website, starting March 11th.

But Widmaier added he plans to build more products accessible to real people, and that his lab has already created more than 2,000 different materials through a similar process. “This is just the beginning,” he said.