Instead of competing with Google Docs, WordPress.com is going to embrace the popular web editor so you can write and publish from Google Docs. It’s going to make it much easier to collaborate with other people, as Google Docs has become the default collaborative real-time editor on the web.

More than a quarter of the web runs on WordPress. In other words, millions of people use the WordPress administration interface every day to write posts for their blogs — TechCrunch itself runs on WordPress.com VIP. Most of my coworkers spend their time staring at this screen: 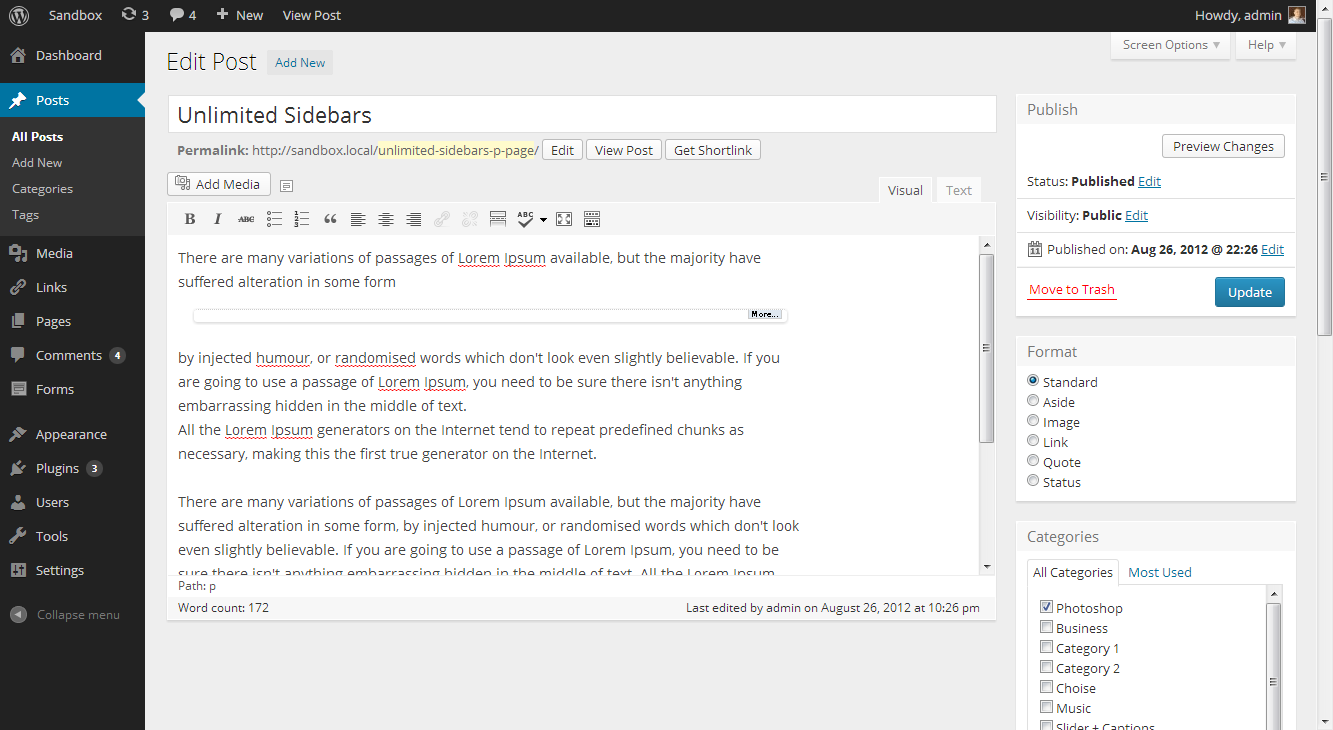 While this admin interface is highly customizable with a minimalist mode, it doesn’t stop people from using other apps and services to write their first drafts. Some of my coworkers use Word, others use Google Docs and I use Ulysses.

More importantly, WordPress.com doesn’t let you collaborate in real-time. So if somebody wants a second pair of eyes before publishing a post, the author has to leave the editor so that you can take over and start editing. Google Docs is much more powerful in this case as multiple people can edit the same document at the same time.

But having to copy and paste a draft into WordPress can be cumbersome if you have to do it every day. And you may have to upload images to WordPress and reformat the post one last time before publishing it. Now that WordPress.com has a powerful REST API, it has become easier to integrate third-party services with WordPress.com.

With today’s new feature, you can send a draft to your WordPress.com website. The layout and images will carry over to this draft. And you can even update the draft from Google Docs.

First, you need to install a Google Docs extension — this extension is open source, of course. You can open the extension by using the “Add-ons” menu in Google Docs. After associating your WordPress.com site, you’re good to go. You can then write a post in Google Docs, add links, images and headers. Once you’re done, you can just save the draft to WordPress.com.

The best part is that the extension will warn you if the post has been modified in WordPress since the last time you opened it in Google Docs. And you can also update your draft multiple times from Google Docs. Some of us have been using it at TechCrunch for a few weeks and it has been very reliable so far.

And if you’re using the default WordPress back end, nothing is changing. This is just a new way to write posts and publish them on a WordPress.com site. Automattic, the company behind WordPress.com, also acquired Simplenote and Simperium a few years ago. I hope it means that we’ll see collaborative real-time editing directly in WordPress at some point in the future, as well. 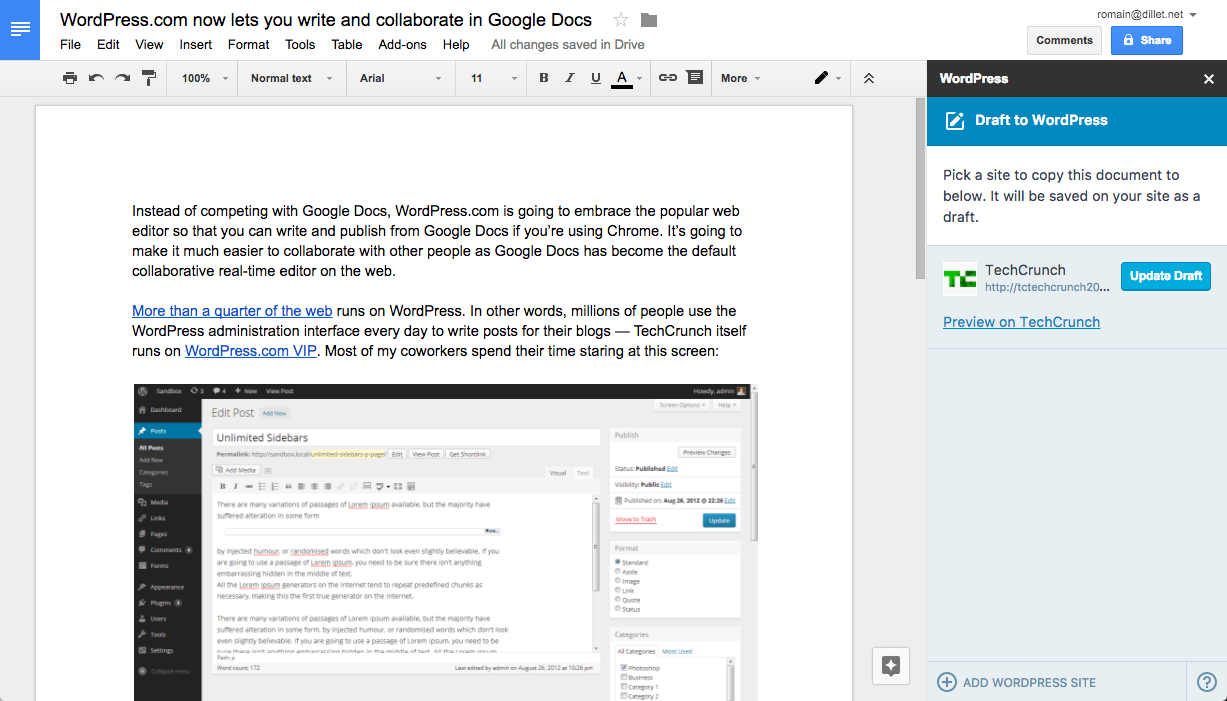