The Nintendo Switch is great and I can’t stop thinking about Zelda even when I’m not playing it. But some of you may have noticed that the left ‘Joy-Con’ controller has some connection issues. Some reviewers noticed the issue, Nintendo itself has some recommendations. And TechCrunch has also heard that the connection issues go beyond software and will likely involve a hardware fix that could trigger a recall of Joy-Cons.

But why is the left Joy-Con problematic and not the right one? Both Joy-Cons use the same Broadcom Bluetooth transceiver. But if you look at a Nintendo Switch teardown, you can see that the controllers aren’t exactly the same. Here’s iFixit’s photo: 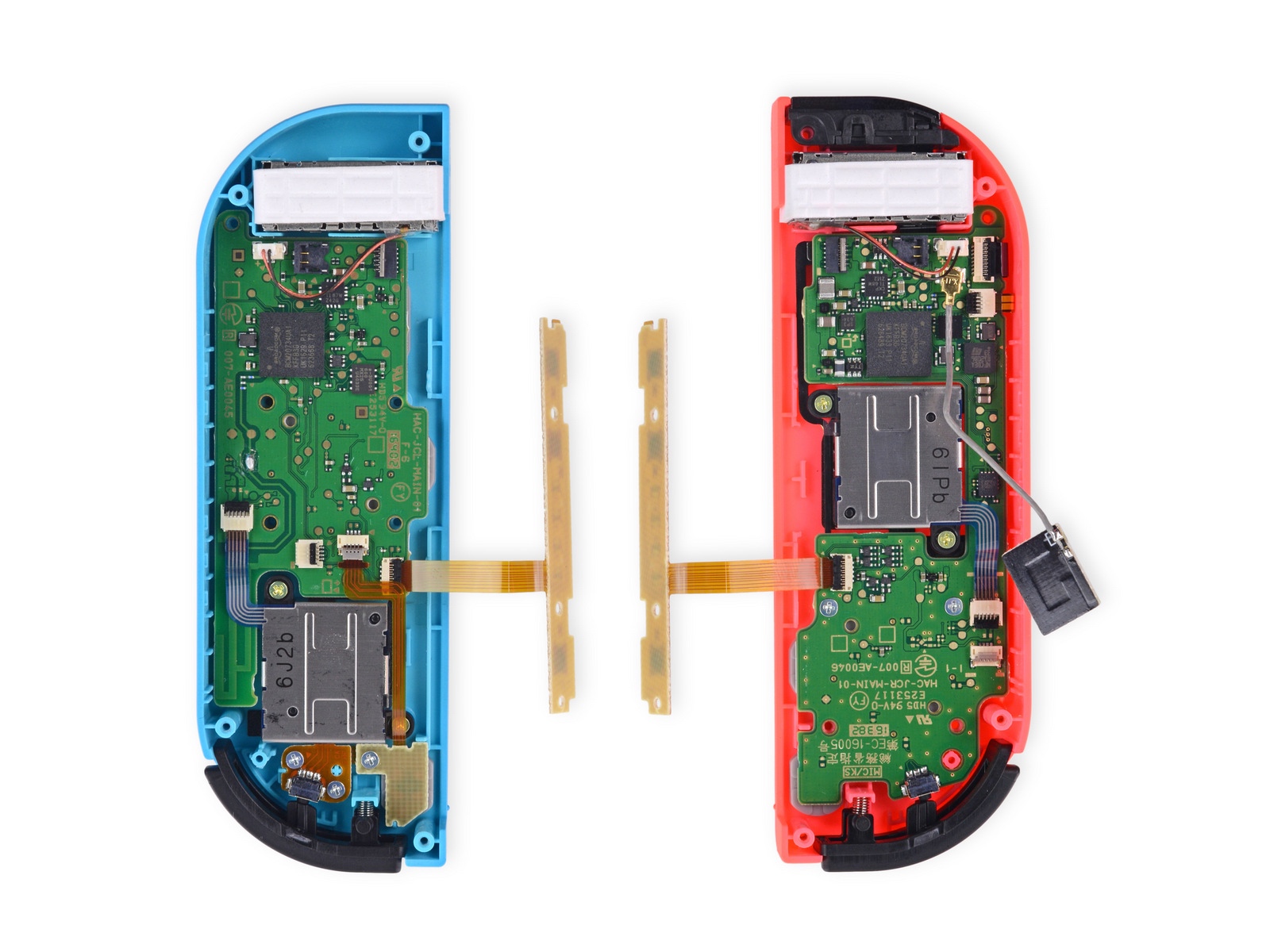 In addition to the different button layouts, the right one has an IR sensor and an NFC sensor. It’s a bit more cramped inside. That’s why Nintendo put a dedicated antenna to improve the Bluetooth signal. The gray cable you can see above the circuit board is the Bluetooth antenna.

But on the left Joy-Con, Nintendo thought there was plenty of room to put an antenna directly on the main circuit board. As Ars Technica spotted, according to Spawn Wave on YouTube, the circuit board peninsula that you can see right next to the stick acts as the antenna.

In real life experience, it means that the left Joy-Con sometimes has troubles sending commands to the console. Nintendo recommends putting the Switch closer to your sofa and reducing interferences by putting the Switch as far away as possible from routers, cables and other electronic devices. This isn’t very practical.

So Nintendo has a few options. The company could work on a new iteration of the device as quickly as possible with a better antenna design for future buyers. Nintendo could also choose to recall the faulty Joy-Cons to make everyone happy.

But it’s not like the left Joy-Con doesn’t work at all. It just doesn’t work too far away from your console. By issuing recommendations, Nintendo is trying as hard as possible to avoid a recall. Let’s see if this will be enough.

(And now I need to play Zelda…)