Adding to the plethora of streaming services on the market, BBC Worldwide announced the launch of its subscription-based, video-on-demand service called BritBox, arriving today. The service offers a large catalog of British television series to U.S. users, many for the first time, at a cost of $6.99 per month.

The service was previously announced in December, but without details about its full lineup, pricing or an exact launch date.

Now, those further details are available.

BritBox will be home to a combination of classic programs as well as those that were previously only available to U.K. audiences, in an advertising-free format.

In some cases, new episodes will hit the service only a day after being aired overseas, the company says.

In total, there are more than 2,000 of hours of programming available at launch. A BritBox spokesperson says this number will change, as new shows are “added daily.” 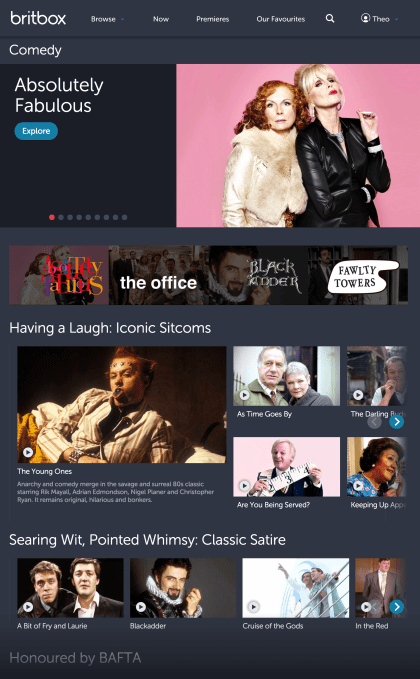 Shows are organized on the service in simple groupings. You can browse shows by genre (Comedy, Drama, etc.) or through curated categories. For example, the “Now” category will include the British soaps and other shows that are available 24 hours after their U.K. broadcast, like  “EastEnders,” “Emmerdale,” “Holby City,” “Casualty” and others.

Meanwhile, the “Our Favourites” section will help new users get started with suggested “playlists” of content. 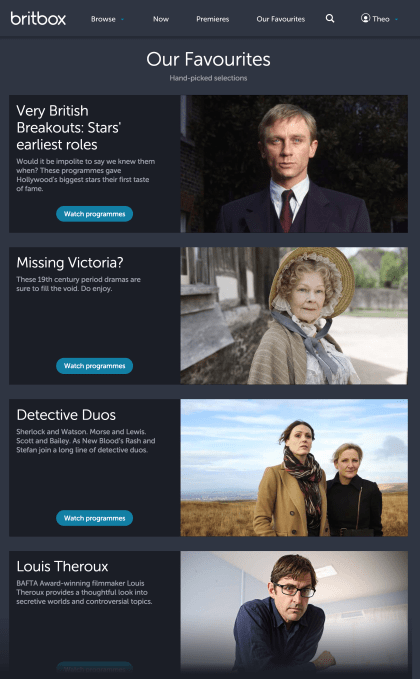 For U.S. users, the service may be a difficult sell. Many U.K. titles are unfamiliar to those this side of the pond, and several of the classic series are on other platforms.

Meanwhile, U.S. users already have so many streaming options to choose from these days, from on-demand services like Netflix, Amazon Video, HBO NOW and Hulu, to newer live TV services like PlayStation Vue, AT&T DirecTV Now, Sling TV and, now, YouTube TV. And there are other add-ons everywhere, too, like the premium cable channel Showtime, streaming services for kids like Noggin or PBS Kids, those devoted to movies like FilmStruck and more.

BritBox was developed in partnership by BBC Worldwide and U.K. broadcaster ITV — both of which have an equal majority share in the new joint venture. AMC Networks, which also has a joint venture with BBC Worldwide for the cable channel BBC America, is involved in the project, as well. However, AMC has a non-voting minority stake.

A free trial is available for new users, before the $6.99 per month pricing kicks in. The service will work on web, Apple TV, iPhone, iPad and Android mobile phones and tablets at launch. Roku and Chromecast support will be added soon.