The secure communications technology company, Symphony, is expanding its customer base. Bred as a Wall Street alternative to Bloomberg’s messaging service, the Palo Alto startup is now targeting clients from law firms to governments.

Symphony — which raised at a $1 billion-plus valuation in late 2016 — has a  strategy to “increase seats” (or individual users) based on price, adaptability, and scale. The firm is offering clients more platform customization — opening up APIs for tailored apps and offering tools to integrate analytics services.

On price, Symphony’s monthly product fee of $15 per head is comparatively low. This puts it within budgetary reach of non-financial services firms. Symphony is also a cheaper alternative for the Wall Street trading crowd than Bloomberg’s chat tool, which comes on Bloomberg’s Terminal analytics platform with thousand dollar plus monthly fees.

“We started in financial services, but there are other markets,” said Symphony CEO David Gurle. “Think about manufacturing, defense, insurance, energy, which are very [business-to-business] centric and the relative value of confidentiality, of data ownership, and security of information is extremely high.”

Symphony has been touted as a “Bloomberg killer”, launched by a cabal of Wall Street firms in 2014 after Bloomberg News journalists reportedly snooped on Bloomberg Terminal client messages.

That’s not exactly the story. An independent review indicated Bloomberg reporters had viewed employee login frequency, rather than message content, of some Terminal clients. And the predecessor to Symphony―an internal Goldman chat platform called LiveCurrent — was already in use dating back to 2012, explained a Goldman Sachs spokesperson.

Goldman developed LiveCurrent largely due to the upsurge of non-secure SMS and social media services for messaging and breaking news. Goldman had a limited number of Bloomberg’s $20K plus a head Terminal subscriptions and it was not feasible to expand those only for the secure chat function. “We needed a practical way for the firm’s 30,000 employees to share news and information real-time and  Bloomberg’s Terminal was just too expensive for that,” said the Goldman spokesperson. 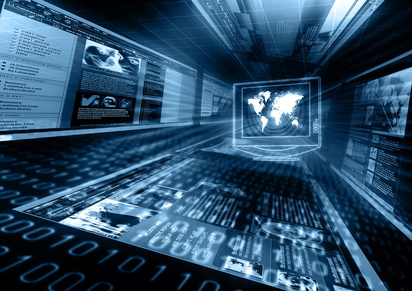 The firm recognized the value of its messaging app as an industry-wide platform. In 2014, Goldman connected LiveCurrent to a consortium of 14 financial firms (including JPMorgan Chase, Bank of America, and BlackRock), acquired existing messaging startup Perzo for $66 million, and put it all together to launch Symphony.

David Gurle estimates the potential market for Symphony’s secure messaging product at 100 million individual seats, with 8-10 million of those in financial services and 20 million in insurance, education, government, and healthcare.

The strategy for capturing those seats is twofold, according to Gurle. Within financial services firms, Symphony looks to leverage the product’s adaptability to “integrate with other systems” and “expand as a collaboration tool…to the rest of the organization.” Outside of finance, Gurle points to the product’s “value proposition to other organizations” and the planned “launch of a salesforce this year to go after them.”

Of course, underpinning the success of Symphony and its competitors is the ability to ensure secure communications in a world that’s seen epic digital breaches over the last year.

Any major failure carries a high level of reputational risk, according to Gartner Research Director Adam Preset. “Obviously, your business model is in danger if you don’t do the job,” he said.

Symphony views both product privacy and usability as key. “We’ve had to develop a system that is both convenient, but with security measures that are unbeatable,” said Gurle, referencing the product’s end-to-end encryption and “two-factor authentication.”

As it pursues a larger client base on Wall Street and beyond, Symphony finds itself in a competitive and expanding marketplace. In financial services, Bloomberg’s Terminal is still dominant. The product’s entry price is $24,000 annually and it has 325,000 users worldwide, according to a Bloomberg rep speaking on background. Bloomberg does not currently offer the option to separate its messaging service from the Terminal for a lower price.

Thomson Reuters’ Eikon analytics product―a Bloomberg Terminal rival―offers its Eikon Messenger service on the overall platform or separately for free, according to a company spokesperson. Eikon Messenger users reached 300,000 at the end of 2016, surging after the discontinuation of Yahoo Messenger.

Thomson Reuters would not verify how many use its chat service for free vs the paid Eikon platform. The company does not provide public pricing info, but a fully loaded Eikon setup is said to cost roughly $20K annually.

Both Bloomberg and Thomson Reuters have taken steps over the last several years to open up APIs and allow greater customization of their analytics product platforms.

In its bid to expand, Symphony faces competition from many secure comms providers. Gartner’s Preset highlights two categories. “There are services that do secure communications, instant messaging, email, and serve audit and compliance purposes, and integrate with third-party systems,” he said. “Then there are others that focus purely on just a secure mobile vending app.”

Similar to Symphony and Bloomberg’s IP, Preset named Global Relay and Ice Chat as confidential comms services with more expansive B2B application and functionality. He highlighted Wickr and Signal as apps with more crossover to general institutional and personal use.

“There are about 60 different vendors out there solving the problem of secure messaging across different verticals. It’s extremely competitive,” said Preset.

In the financial services chat and analytics world — given the resources behind Bloomberg and Thomson Reuters products — Symphony is more likely to force greater adaptability and downward price pressure than to kill either of the leaders off. And in the broader secure comms market, time will tell if Symphony can tap the growing demand faster than a crowded list of competitors.