Roughly 1.2 billion people worldwide are currently learning a foreign language. If you are one of them, this article is for you.

Whether you are learning to improve your job prospects, do better in school, get ready for a trip abroad or even just for fun, there are three common habits that all successful language learners share. We analyzed data from millions of Duolingo users and, in the process, discovered what it really takes to grasp a foreign tongue.

Learning a language is a lot like losing weight (sort of)

Some language-learning services claim to be so effective that you’ll be fluent in weeks — or even overnight (yeah, right!). Others claim to make you fluent by passively listening. We are more realistic: science and personal experience indicate that most people need time to become proficient in a second language. So what does it take to be successful in the long run?

It might help to compare language-learning with losing weight and staying fit. Can you lose 50 pounds overnight? Fat chance. Over the course of several months? Much more realistic.

Just as you need exercise and a healthy diet to get fit, you need to develop a habit of regular study and review in order to stick with learning a language and succeed in the long run. And just as it’s helpful to know what types of foods and exercises are best for staying healthy, it’s important to know what types of learning habits are best for long-term language-learning success.

More than 150 million people across the world use Duolingo to learn languages, many of them with their phones and tablets during breaks and daily commutes. From these activities, we have gathered a tremendous amount of data about learning and behavior patterns. Here is some of what we have learned about the best habits for being a successful language learner.

One of the best predictors of long-term success is doing something on a regular basis. Language learning is no different. In particular, Figure 1 shows that most people who stick with language learning in the long run make sure to spend a few minutes practicing every day or two. On the other hand, people who slip to every 5 or 6 days are much more likely to give up altogether. Figure 2 shows that successful learners also complete considerably more sessions per week, meaning they spend a good amount of time studying. 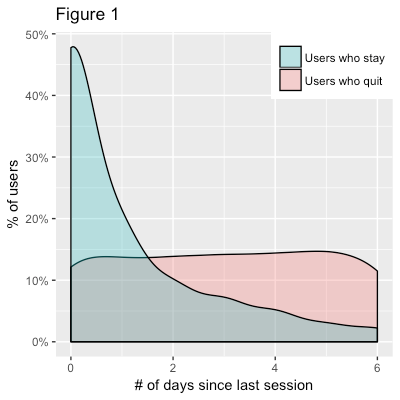 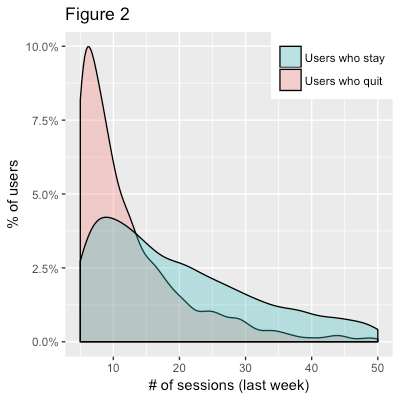 We also identified “clusters” of usage patterns, such as “weekenders” who only use the app on weekends, or “nine-to-fivers” who only study during the week during typical work hours. Figure 3 shows that people in these usage clusters exhibit lower language ability (in terms of a psychometric analysis called IRT) than people who use the app almost daily. What’s more, people in a different cluster of users who study “daily, at bedtime” even seem to reach a slightly higher proficiency. This finding is consistent with laboratory research about the effect of sleep on improved language learning. 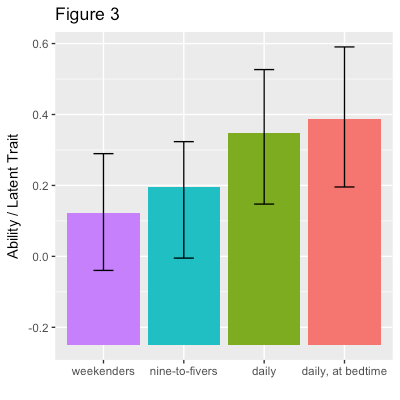 Especially when you are just starting out, it’s worthwhile to develop a daily routine and study a few times a day to keep your memory fresh. Our data suggest that you’re more likely both to stick with it and to learn more in the long run. And if you can make it a bedtime habit, even better!

The second habit of successful language learners is that they don’t binge. Instead, they develop a habit of distributed practice, or a number of short study sessions over a longer period of time. To illustrate this, Figure 4 shows the variation (relative standard deviation) in the number of daily sessions. For successful learners, this variation is lower, which means they do a more consistent number of lessons and practice sessions every day. Higher variation, on the other hand, means users pop in every now and then for a marathon to play catch-up. These binge studiers are more likely to give up. 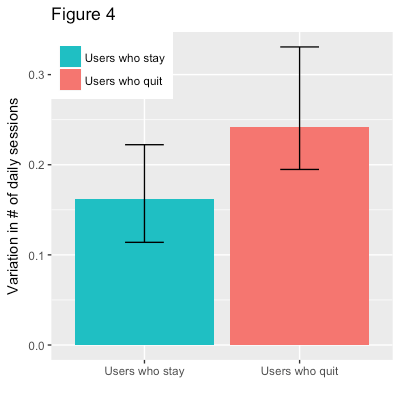 Many psychology studies have also shown that cramming material into a shorter time frame reduces learning, compared to distributed practice. This is true for all kinds of skills, from learning a language to throwing a ball, playing a video game or flying an airplane (see this article for a meta-analysis of decades of research on this topic). To master a language, you are better off studying a consistent amount — no matter how small — as regularly as possible. Bonus: You’ll probably stick with it and learn more, too.

It can be tempting to plow ahead and learn as much new material as you can, especially when the experience of learning a language feels like a game. However, any student of a second language knows that you gradually forget what you learned over time (do you still remember the subjunctive mood you learned in high school Spanish?).

More than a century of psychology research on the so-called spacing effect and lag effect tells us that you are more likely to remember ideas and concepts if you regularly review old material. This helps the knowledge work its way from your short-term memory into your long-term memory. 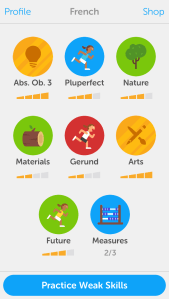 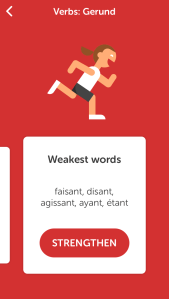 Use “strength meters” to gauge when to practice old material.

But how do you know when to practice old material? When your language skills are at “full strength,” you should focus on learning new things. The best time to review is when you’re on the verge of forgetting, so if the meter for a previously learned skill drops to the halfway mark, it’s time to practice it. We even show users which words are the weakest, and provide a one-click “Practice Weak Skills” button, which automagically finds the skills you need to practice the most. 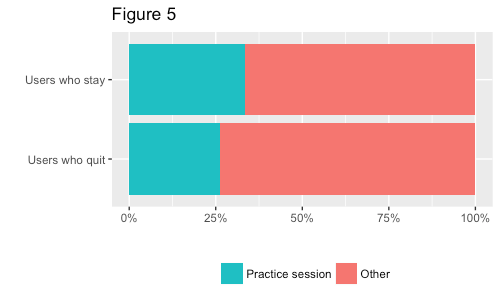 Figures 5 shows that successful language learners strike a better balance between lessons (learning new material) and practice (reviewing older material) than the people who ultimately give up.

Our research team puts a lot of effort into our “spaced repetition” techniques, which aim to accurately measure how likely you are to remember a given word or grammar concept at any time. We published a scholarly article last year about a method we invented called half-life regression, and we continue to improve these techniques with new data every day. This technology helps us to help you review the right language concepts at just the right time.

So, there you have it: Study regularly, don’t binge and review the concepts you are rusty on. Don’t worry if it takes time; in fact, language learning should take time. ¡Buena suerte!