The last social network to truly “get” music was MySpace — unfortunately, they didn’t get much else.

Today’s biggest player, Facebook, doesn’t “get” music — and artists still don’t really use it. Even though they have the biggest audience and market cap in the space, they are a Menlo Park, Calif.-based company with a Silicon Valley culture.

No disrespect at all, but through my time in the valley, for all the positives and successes it has, understanding the science of cool and culture isn’t one of them.

YouTube didn’t take advantage of its early lead focus on music quickly enough and has lost some of its luster — I  actually wrote an article years ago on why YouTube was the biggest music platform in the world before Spotify came to the U.S. Twitter shuttered its own Twitter #Music platform because of low engagement and hasn’t been able to figure it out yet.

But Snap might be the one that finally cracks the code.

When you look at MySpace, music was the primary reason it blew up. Other social networks at the time, such as Friendster, didn’t focus on music, while MySpace catered to it — and everyone had music on their profile.

Numerous artists broke solely because of the platform — I know firsthand. When MySpace was first getting traction and was in a small Santa Monica office, I met its co-founder and chief executive, Chris DeWolfe, and pitched him the concept of the MySpace DJ program.

This campaign became a key driver for the platform and one of the big factors of MySpace’s growth. I used my relationships with DJs and artists to get them to not only become active on the site and use it as a way to communicate with the world, but to in turn promote the social network to their audience — creating a viral marketing loop at no cost. Basically, the biggest DJs and artists in the world would go on air and tell people to visit them on MySpace — talk about a growth hack!

Today, Snap is the new next great platform and has the opportunity to own music amongst its competitors.

The first reason is culture and leadership. Evan Spiegel is well-known as a music lover and has good taste. He understands cool (just look at the rollout of Spectacles versus Google Glass) and understands the importance of music. Furthermore, with Snap being based in the music capital of the world today, Los Angeles, they are naturally exposed to a far superior music culture than Silicon Valley.

So why hasn’t Snap pulled the trigger on music yet?

This is the potential multi-billion-dollar question. I’d first blame the music industry. Record labels are notoriously slow on integrating new technology and are known to always try to stick up anyone for massive licensing fees in the short term without thinking about the opportunity in the long term. Not to justify their position, but they reacted too late to Napster and then let Apple monopolize the market with iTunes, so they are hesitant to grant any favors.

Both sides are probably too scared of precedent and doing a deal that ultimately screws one over the other. Content owners think that tech companies don’t have respect for content and just use content to build their business without paying for it (Facebook, Twitter, etc.). And the tech companies feel the content companies are dinosaurs that don’t get it and that they should thank them for the promotion.

In 2015, rumors swirled about Snapchat buying Taylor Swift’s label, Big Machine Records, and have since persisted amongst other parties in the music industry, but none have gone through. 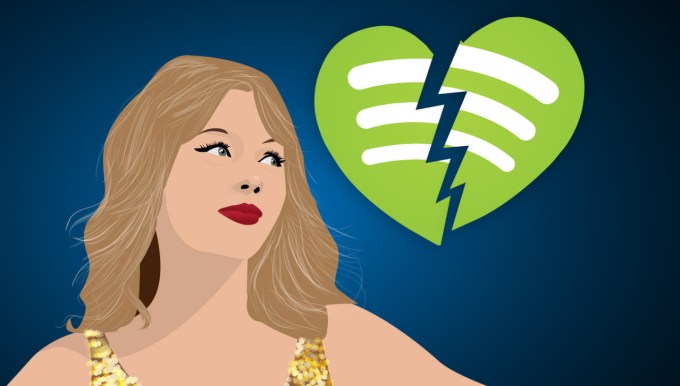 I believe that while Snap and Evan deeply want to do something with music, they didn’t find the right entry point.

For one, after jumping in at the allure of the music business, they probably realized being a record label or management company isn’t a business they want to be in. Look under the hood and you’ll find the bodies, and realize that for every Taylor Swift you have to fund and develop hundreds of others who will go nowhere. Artist development isn’t that fun.

Secondarily, I don’t believe dealing with the people in the music business was that appealing, as they try to reinvent the music the same way they reinvented the camera.

Other companies who have tried to get into music fail or do not realize their full potential by hiring old-school music executives who typically have minimal experience in building products and who live on yesteryear’s accomplishments. More times than not, they don’t understand the new era and try to force the old-school music business mentality on companies, which never works in the long term — and Snap has stayed away from this trap thus far.

Most importantly, I think Snap and Evan probably look at themselves as curators instead of just content creators — which is a far better space to be in — and want to showcase the best of the best without putting all their eggs in one basket.

That is what the entire public Snap platform is about — they filter the live stories down to the best entries and use Discover partners to take out the noise in news — imagine them doing the same for music. Their Shazam integration is an OK utility, but unfortunately does not align with the core product in that it lacks any creation ability and misses engagement potential; i.e. Snaps cannot be Shazamed.

Recently, we started being introduced to songs behind specific lenses. One artist publicly complained about getting paid, which again I believe comes down to Snap needing to form a better bridge to the music business and community. Snap needs to better state to the industry the value in putting a song behind a filter. 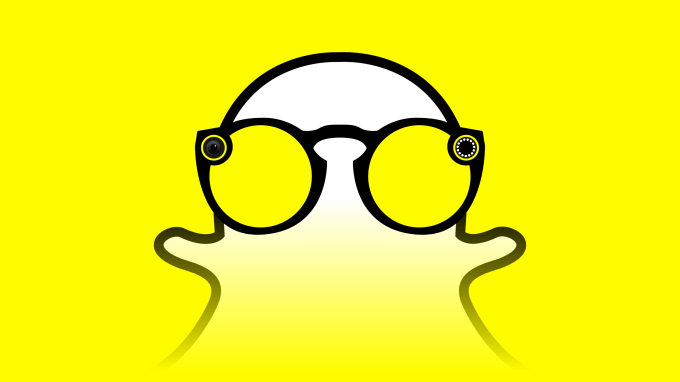 Not being a dick, but no one is going to Snapchat today to listen to random music they haven’t heard before, and many new faces discover it by hearing it there and interacting — something they charge brands a lot of money for. It’s a simple formula. Music wins with repetition.

You have to hear a song over and over before it clicks. Ahem, thus why radio still works. Back to the subject, though — I think this is a cool way to introduce music and new songs — but still just an entry point that clearly needs some massaging to get right within the business.

Ultimately, I think with Snap’s culture and vision, if they crack music, it can become one of the biggest features on the platform and a giant revenue stream. Too many of the music services are just utilities where you can get music.

I don’t believe it will be in the form of an on-demand subscription service (too saturated, low margins, label drama with licensing), but something more along the lines of curation that you see already with Discovery video. Snapchat is all about making things easy and building products consumers love and can easily engage with. Free, thoughtless and curated.

Because of their popularity today (and young audience), team/location/culture and almost most importantly the fact that no social network (still in existence) has figured out music, Snap has a window to take over the music space.

It needs to move fast though, and take advantage of its momentum while thwarting others who want to jump in.

Facebook may be planning to finally make a real jump into music this year (side note: Instagram has interesting potential, as well, with its massive growth and newfound product focus on copying elements that work on other platforms — ahem, Snap), YouTube is a sleeping giant that I think could be very close to turning the corner and Twitter could wake up and realize how to make audio a hook for its users.

I’ve intentionally left out Apple, Pandora and Spotify because they are utilities, which I don’t think chase the same audience or space that Snap ultimately will (want to) go.

If Snap gets serious about music and builds the right team and product for space, they have the opportunity to own music amongst its rivals.

If Snap gets serious about music and builds the right team and product for the space, they have the opportunity to own music amongst its rivals. When you look at the product roadmap from Snap’s roadshow, you see they are targeting the media advertising business.

Let’s not forget that more than $46 billion dollars a year is spent on radio advertising alone — something I’m sure they would love to get a piece of, and could easily disrupt as it transitions from analog to digital. Most importantly, they have the right culture and are at the right place at the right time in a market no one truly owns today.

Music could be Snap’s next killer product and help them take over the world.

What’s old is new again. Remember how I said Snap reintroduced cameras and changed the way they were used? They have the same chance now with audio — most specifically, evolving what radio is: The No. 1 curation platform and where 58 percent of all audio consumption today takes place.

A platform that digitally has lower rates that are statutory and can go around record labels without licensing directly… and something ripe for disruption that can be used to filter out the noise and curate the best. Adding Snap radio to the discover section only makes sense, and would make Snapchat the biggest music platform in the world, and target an oft-ignored $46 billion global industry ripe for disruption.