Style transfer app Prisma is adding another couple of new features as it works to keep its community engaged: a styles store and a tool that lets users create their own styles by uploading an image and tweaking various filters.

It says the latter has been the most popular feature request from its 2M+ daily users.

While the store sounds like a route to monetizing with paid content, for now at least that’s not the case. It’s more a way to help users navigate new styles as Prisma releases them, rather than flooding the app with too many options. Users can browse the store to find ones they like, download them and delete others they don’t.

“There are 44 styles available right now. This makes people confused as they have to scroll through lots of styles they don’t like to get to the favourite one. Now people will be able to download and keep the styles that they really enjoy,” it notes.

Users will also be able to rate and share styles on the Store with friends “in the near future”.

And while the feature is called “Store” all content is free — at least it is for now, though adding a store does potentially open a door for monetizing via some paid downloads in future.

“For the time being, we do not consider earning money from users,” co-founder Aram Airapetyan tells us.

Also today Prisma is releasing a desktop tool letting users create their own styles — albeit it’s only letting its most active users get their hands on this, and they’ll need a fair amount of patience for the process.

TechCrunch tested a version of the style creation tool before it was publicly released and the whole process ended up taking several days to go from uploading a photo to seeing how it styled other imagery.

Not because it literally took days, but because the wait times (for uploading/processing/review) were so opaque It was essentially easier to leave it working away and check back on it periodically. (Hey, it was MWC this week, so it’s been especially busy.)

Prisma claims it takes “an hour or so” to create a style, but does warn wait times may be longer “if the queue is big”. And the queue will obviously be bigger after launch, even if it’s only letting a few users get their hands on the tool.

The interface at this point is also pretty unwelcoming, with a large number of unlabeled slides that can be tweaked to set rules for “content weights” and “style weights” — but no apparent way to see how tweaks will influence the finished result. It’s a case of trial and error plus patience for now.

Here’s the photo I used as a style source (although the tool cropped out only a central square): 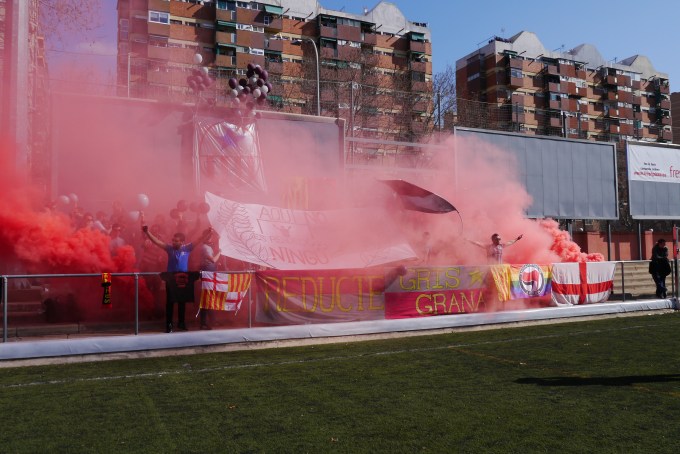 And here are some of the style transfer results: Given the interface lacks any pointers, I opted to leave the sliders where they were — so this is a default result.

“It’s a desktop product right now,” says Airapetyan. “The interface is not final for sure. We’ll add some hints and useful notes there. But people will definitely be able to create their own styles on mobile devices. We’re a mobile company.”

He subsequently explained the first slider is for shape, the second for color, the third for big objects, the forth for small objects and the last for tiny details — so you’d likely achieve less photo-realistic style transfer effects by doing more tweaking.

“It’s not easy to understand this. But we’ll make it very simple so that every one could use it without any problems,” he says, adding: “The best advice is experiment with slides and a picture.”

In December the Prisma team launched its own social sharing platform, seeking to turn what was then just a cool photo-editing tool into a more autonomous community vs only piggybacking on other content-sharing networks.

Adding more options for users to customize the styles they can choose and use should help to expand the look and feel of content shared to Prisma’s platform. Whether a greater style choice will be distinct enough to build a lasting community around the concept remains to be seen.