This is the race car of the future. It’s an autonomous vehicle, built to be raced by just computers and was designed specifically with that in mind. Rather than retrofitting an existing race car chassis for use with driverless systems, the company gave its designers and engineers a blank slate and told them to build the ultimate autonomous vehicle.

This is what they came up with.

Roborace CEO Denis Sverdlov and Robocar designer automotive futurist Daniel Simon unveiled the vehicle today at Mobile World Congress 2017 in front of a large crowd of onlookers. The car was quickly surrounded as everyone snapped pictures.

Just last week the company completed its first race where two prototype Roborace cars battled it out on a closed loop of Buenos Aires’ streets. The race ended with a crash. And that’s just fine CEO Denis Sverdlow said during his presentation today, explaining that one of the purposes of Roborace is to provide a safe racing experience. No one was hurt during the crash as no one was in the cars.

The plan is to build ten of these production cars and provide each team with identical hardware. It’s then up to the coders to build the best self-driving software stack rather than building the best racing hardware. Sverdlow explained that he wants the coders to be the stars of the show rather than race car drivers — a thought probably appreciated by software engineers everywhere. 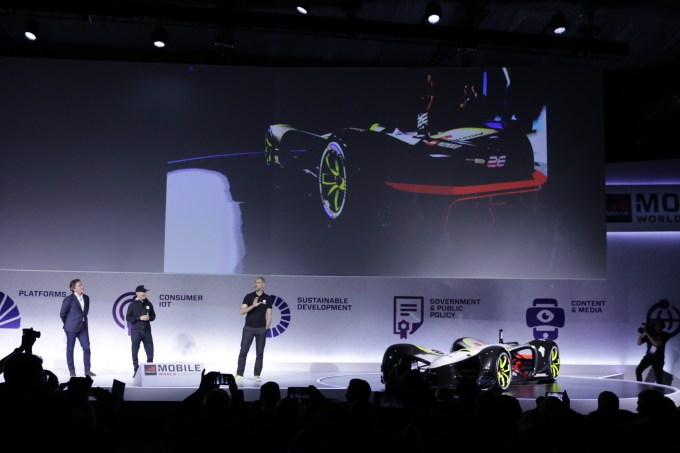