For the better part of the last year, tech pundits have been writing about the demise of the app.

Once thought to be the savior of consumer-facing software, apps are now ubiquitous, underused, underappreciated and underwhelming.

Enter the Los Angeles-based startup Maple Media. The new company is hoping to breathe new life into the app market with a consolidation play intended to roll up the best apps in the market and put more marketing and business development muscle behind them.

The company will spend on target apps anywhere from five figures to middle-eight figures according to Landry.

The idea is to build up verticals and then create partnerships that will let the company charge more for ads across its network of applications. Targets could come from any geography, the two men say, but they will focus their spending on English-speaking countries and applications coming from Europe.

Maple Media isn’t just looking for control positions either, Ritter says. The company would be willing to partner with app developers on either revenue sharing or take a minority equity position, he says.

The important thing is building out the network. According to a release, the company already has 150 applications on its platform with more than one billion monthly mobile advertising impressions. The company is also already profitable.

“There’s a lot of great developers who are great at making apps, but that is a really different skill set from business development,” says Ritter. “Focusing on the day to day management and monetization of apps is a different skill set and is a full-time effort.” 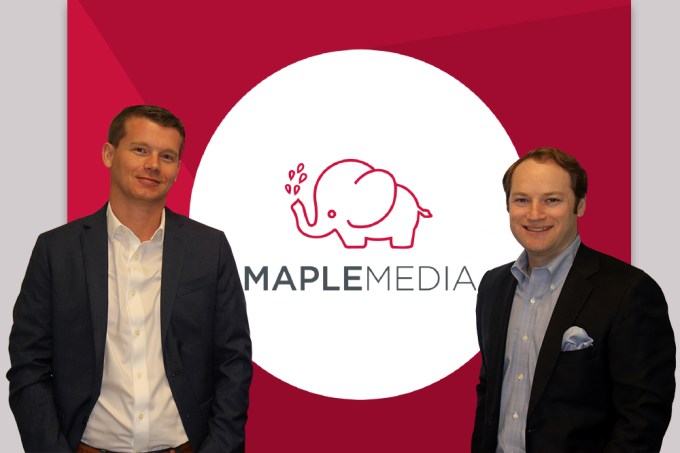