Headphones are a gadget that people often fail to fully appreciate.

In the face of all the latest tech trends, headphones remain just as versatile as ever. They’re virtual reality devices letting users experience concerts in their homes, they’re the first wearables to reach ubiquity and, if you believe the folks at Doppler Labs, they’re about to find a new role in shaping consumer attitudes toward the future of augmented reality.

The $299 Here One headphones are about far more than listening to tunes, they’re about hearing different aspects of life unfold at the volume you desire. They’re also about buying into the future a tad bit earlier than everyone else and getting to experience something truly unique.

Following delays that left the device out of buyers’ hands over the holidays, Doppler Labs is finally beginning to ship out pre-orders. I’ve had a few weeks to play around with the smart earbuds, giving me time to test all their features and home in on what fits into my daily life. 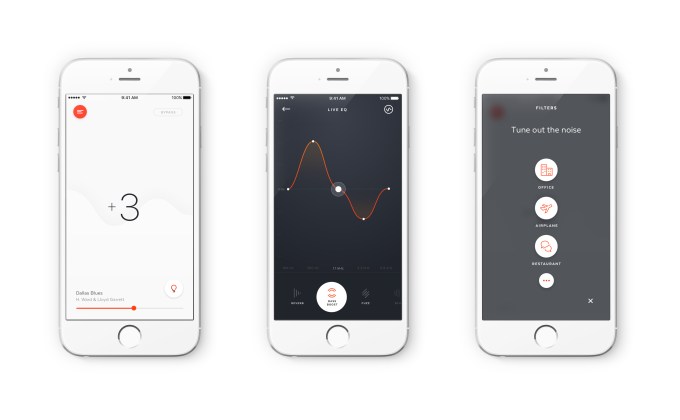 The Here Ones are all about listening. You listen to them, but more impressively, they listen to everything happening around you. Each of the earbuds packs three MEMS microphones, which process the sound around the user and deliver it to their ear canals with zero latency. Using this feature (Doppler Labs calls it Active Listening), users can adjust the noises they’re hearing in the world around them, boosting voices or toning down the party.

Active Listening is broken up into a couple of flavors inside the device’s iOS app: Noise Filters, which are presets optimized for audio levels at the office or in a restaurant, and Live Mix, which lets you take control in altering the highs and lows of whatever sound environment you’re in. With either you can shift the loudness of each filter, either draining the noise 22 decibels or enhancing it by 5 decibels.

I was a frequent user of the “Office” noise filter. It drained out a lot of the light chatter around me but allowed more prominent voices to come through in full force. More often than not, however, I was just using the earbuds to keep the noise as low as possible, especially when walking around outside where the wind often heavily distorted what I was hearing with mic crackles galore.

Live Mix feels quite a bit more gimmicky when it comes to actual everyday use. While the tab was often the first one I opened when showing the Here Ones to people for the first time, there just isn’t much utility beyond the “wow” factor of your first demo with it.

The biggest problem with the Here Ones is the friction required to use any of its “Active Listening” features through the iOS app. I honestly can’t think of much Doppler Labs could have done better here— the app is intuitive and well-designed— but having to use an app to trigger the noise filters is ultimately so damaging to the Here Ones’ utility. After using these headphones for a couple of weeks, the use cases of “active listening” features have become far less dynamic and I generally just toss the buds in, lower the volume to its strongest level of voice-cancelling and go to town. 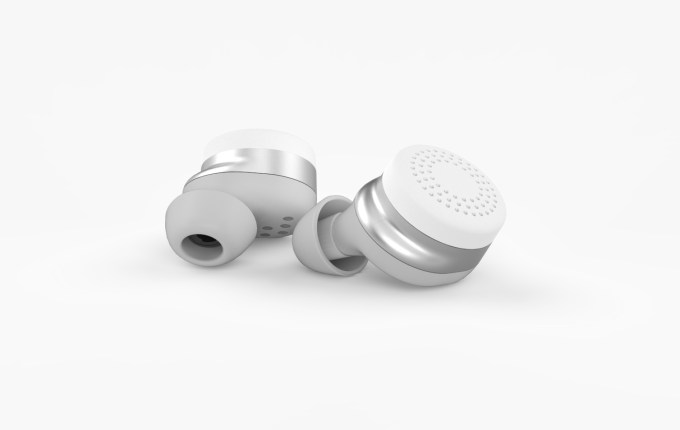 For much of this millennium, we’ve had to deal with the eye sore of Bluetooth headsets with their elongated mics and chunky form factors.

While Apple got quite a bit of shit from the internet for the design of the AirPods, the wireless earbuds we are seeing emerge are by-and-large much better-looking than their ancestors. The Here Ones aren’t the tiniest wireless earbuds out there (20.1mm in height), but for their size, they are pretty stylish compared to others. Audio quality is quite good, as it admittedly should be for a $299 pair of earbuds.

Much like the AirPods, the Here Ones are a bit careful when it comes to offering a full gamut of onboard controls. Using capacitative touch, you can tap one of the headphones to go into passthrough mode, where your music is paused and you hear the world at (roughly) normal volumes. Additionally, with a double tap, you can summon Siri and dismiss her. While I can understand companies not wanting users to be stuck hitting the sides of their head to get a product functioning, I do wish Doppler had given the Here Ones a chance to be more customizable in terms of available controls.

One issue with the design is comfort. In order to cancel out a good deal of noise and allow the Here Ones to work at their best, the seal between the earbud and ear has to be pretty tight, something that was hard to get used to in terms of comfort. The Here Ones come with six sets of small, medium and large tips in both rubber and foam to help you find the best fit. Getting the right fit was a challenging task; I settled on the medium foam tips which I had to roll up a bit before placing in my ears and allowing them to expand.

Ultimately, the uncomfortable fit needed to make the most of the Here Ones is probably what left me reaching for my AirPods in most situations.

The other thing that left me reaching for my AirPods was the fact that my Here Ones were often dead. Battery life is probably the most notable disappointment of the Here Ones. They didn’t scrape past two hours for combined music/ active listening usage. This was a real bummer, and although the case adds another three full charges, it was annoying that I needed to take an hour-long charging break when I was rocking these during a flight, which is a pretty prime use case for these.

There’s a lot more happening here than on the average pair of headphones so the battery taking a hit is understandable but Doppler Labs initially was promising battery life of about double what it ended up shipping with. 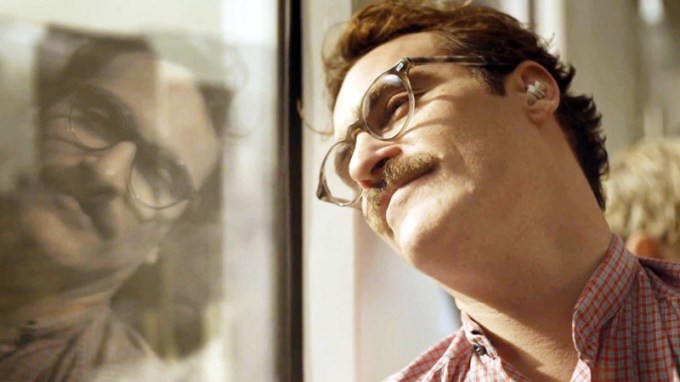 The wearable market has been embodied by products like smart watches that offer limited functionality improvements to the smartphones they are connected to, but are ultimately not giving users a markedly evolved user experience. With the Here Ones, the world of Black Mirror and Her seems closer than ever.

I’ve always been particularly excited by the future that smart wireless earbuds offer. Having a device in your ear that can effortlessly take voice input and give auditory feedback is truly going to shift how people engage with computers and the world. Augmented reality doesn’t need a visual headset like HoloLens to revolutionize interactions, earbuds and audio interfaces could very well be the place we see the next bouts of consumer attention, especially as digital assistants like Siri and Alexa see their skills improve.

Regardless of what the company claims, the Here One is a device with an always-on future embedded in its philosophy. The device’s short battery life curtails these early dreams, but the ideas surrounding active listening and some of the more experimental efforts the company is currently engaged with paint the picture of a future where we can hear the future we want to. Though most wireless earbuds currently mimic the headphones we’ve had for decades, I would be surprised not to see the technology Doppler Labs has built for the Here Ones to be found in the next generation of wireless ‘buds.

These headphones are a taste of a near-term future that is full of exciting possibility. Augmented reality isn’t just about Magic Leap, it’s about being able to customize what the future sounds like to you.

Great-looking form factor. Useful preset filters. Active Listening could be a game-changer in the future.

Battery life is a disappointment. Active Listening features don’t work outside too well. Could be more comfortable.

The Here One headphones are a future-facing pair of wireless earbuds that pack an awful lot of tech into a small form factor. At $299, these headphones are decidedly a niche product and are probably best geared toward the early adopter crowd or someone who already has a clear use case in mind. Battery life and comfort issues are disappointing but the utility of active listening and the great audio quality make these a pair of smart earbuds you should definitely take a closer look at.