Tesla CEO Elon Musk addressed President Trump’s immigration ban on Muslim majority nations directly via Twitter on Wednesday, saying that the order is “not right” and refers to it as a “Muslim immigration ban” — but he then deleted those tweets almost immediately, referring to them as “earlier drafts.” 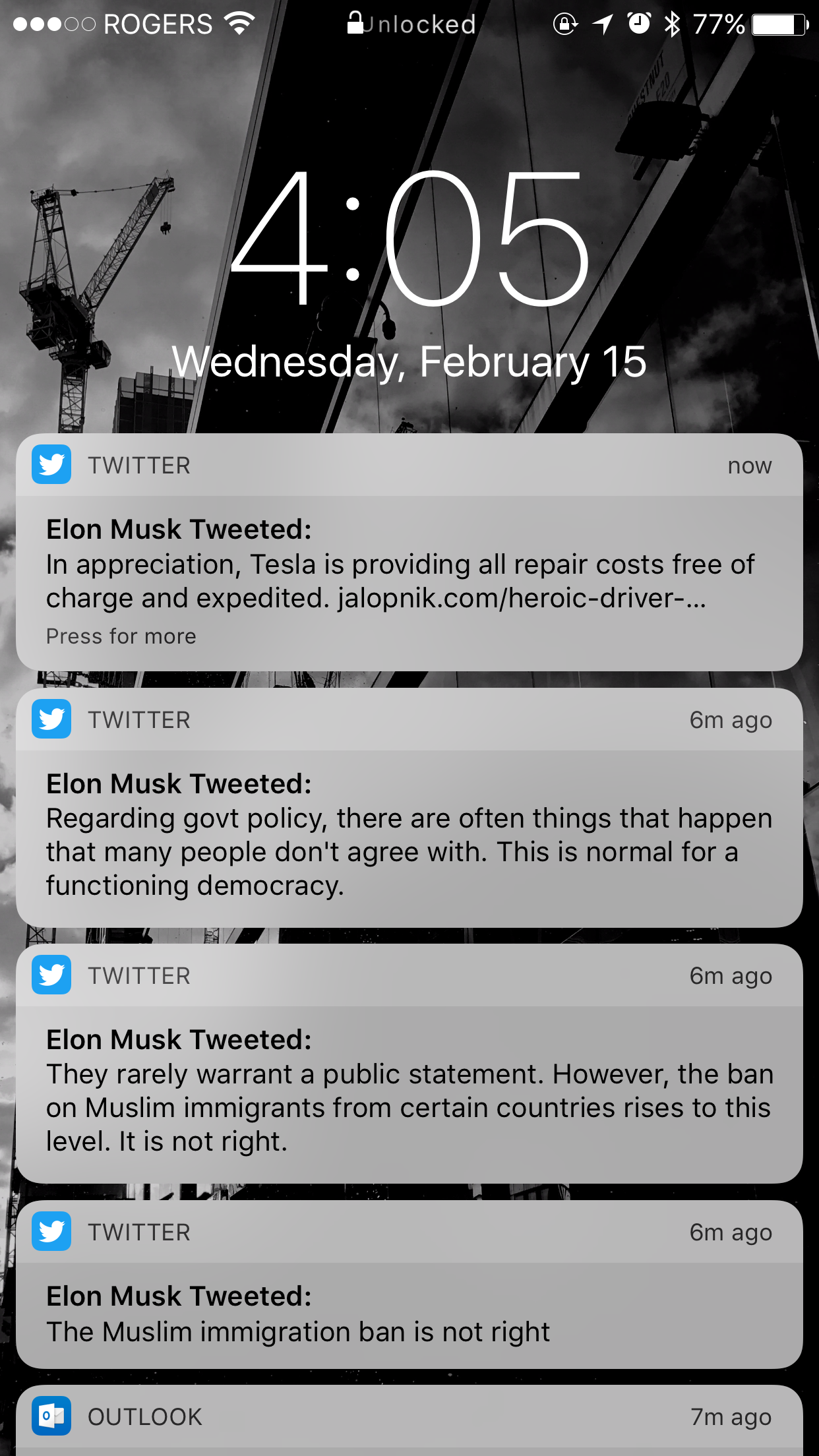 The now-deleted tweets, including one unrelated comment at the top regarding a Tesla owner news story today.

The specific wording was very strong, using terms which the Trump administration has taken issue with when it’s been called a ban or referenced as directed at Muslims, though it’s also been referred to as a ban by Trump himself, and Trump camp confidante Rudy Giuliani said Trump asked him how he could create a “Muslim ban” legally in terms of guidance for creating the order.

Musk is likely referring to tweets he made prior to, and following his meeting with Trump’s business advisory council last week. In follow-up comments, he discussed how he made sure the issue of the immigration ban was added to the agenda, when previously it had not been up for discussion. Musk also said he raised the issue of climate concerns, and said he’d continue to serve on the council because he believes it’s “doing good.”

In prior tweets leading up to the meeting and following the introduction of the order, Musk had said he believes the “blanket entry ban” is “not the best way to address the country’s challenges,” and said that many of those “negatively affected” by the order are in fact “strong supporters of the U.S.”

Obviously these new tweets express much more strongly a fundamental opposition to the ban, whereas previous remarks did not express such a clear-eyed disapproval of the measure.