Just in time for Valentine’s Day (ugh, sorry), dating app OK Cupid is getting a makeover. Psych!  Just kidding, the company is introducing a new version of its mobile app today, but OK Cupid’s full redesign won’t actually roll out until March. Though the timing of the announcement is clearly manufactured, the overhaul itself is fairly significant. In addition to getting a whole new aesthetic, complete with updated typography and new illustrations, the app’s feature set is being made over as well, in an effort to further differentiate itself from Tinder’s “hot or not” game.

The prior version of the OK Cupid app featured a section called Quickmatch, which was effectively OKC’s own version of Tinder. In the new app out today, Quickmatch has been rebranded as DoubleTake, and is walking itself back from a focus only on the dater’s leading photo. 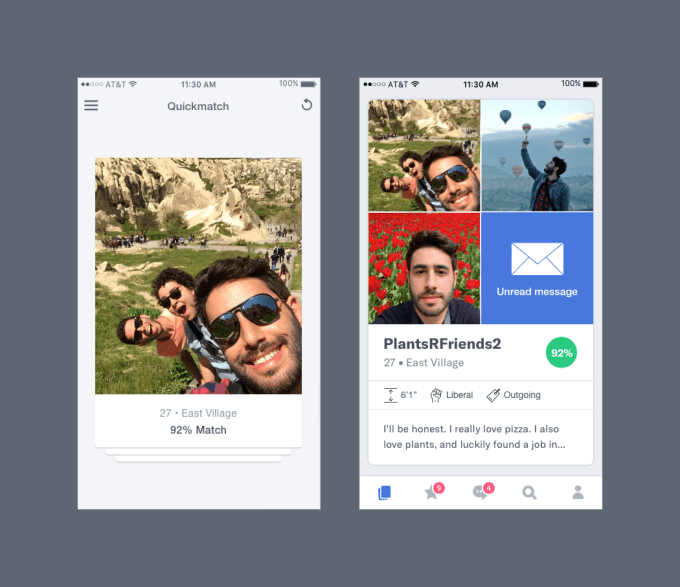 While you’re still swiping to move through this matching interface, you’re now being shown multiple photos all on one page, as well as various details about the person in question, including their profile text. The idea, the company explains, is to give users a deeper look into someone’s personality right from the start.

This new screen, which is also the app’s main screen that loads upon first launch, will include up four photos, the username, age, location, percentage match, plus other details pulled out of from the user profile, like height, whether they have dogs, have kids, personality traits like “friendly,” “energetic,” “organized,” and more.

These are displayed alongside icons, like a paw print for dogs, or a beach ball for kids, for example. A brief user profile summary appears below. 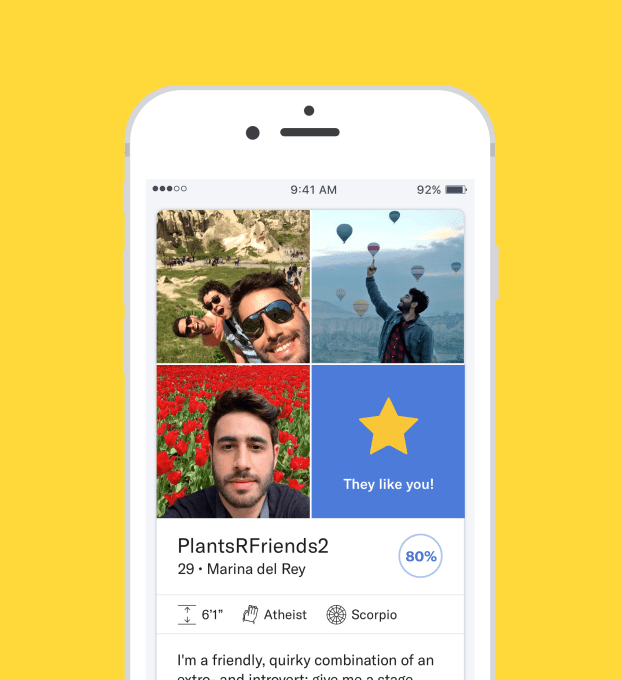 “With DoubleTake, we show many more facets of a person – we’re showing what makes people tick so that you’ll have better dates and better relationships,” explains OK Cupid CEO Elie Seidman in a statement about the app’s makeover. “Every person has a story and instead of helping users speed up, DoubleTake slows them down within the swiping interface so that they can appreciate each other’s uniqueness,” he added.

Seidman, formerly the co-founder and CEO of TripAdvisor-owned Oyster, came on board with OK Cupid in May of last year, with a goal of shifting the brand to one that’s more focused on meaningful relationships, as compared with apps like Tinder, which are still often confused (or used) as tools for quick hookups. This is a tactic others in the space have taken as well, including most recently Hinge, which pivoted to a new experience itself in October, also claiming a renewed focus on “real relationships.”

DoubleTake was tested with select members ahead of today’s public launch, and was found to have tripled the mutual matches, OK Cupid claims. 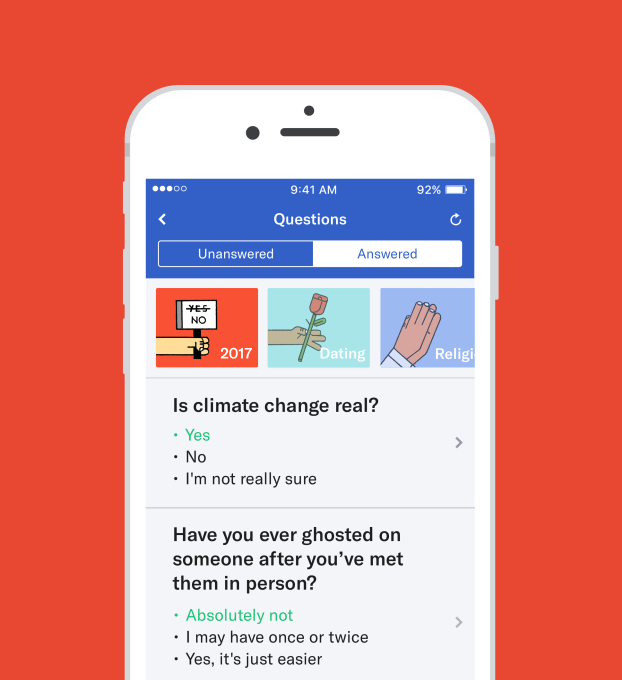 Of course, it doesn’t matter to OK Cupid parent company Match Group which dating app aesthetic you prefer, only that they’re notably different from one another. Match Group owns not only Match.com and OKC, but also Tinder, Meetic, Twoo, OurTime, BlackPeopleMeet, and others.

In addition to this “slowed down” matching, OK Cupid is also doubling down on its question-and-answer feature. Long one of the app’s standout differentiators, the app will now receive annual updates to keep this section fresh with more relevant and timely questions that can help daters find people who share their values.

In this day and age, that means political values, it seems.

There are also questions reflective of various dating focused topics, like ghosting.

The upcoming revamp, however, includes a new look-and-feel for OK Cupid across its platform on both web and mobile. Things will be organized a bit differently, but the most noticeable changes are the new typography and the illustrations. 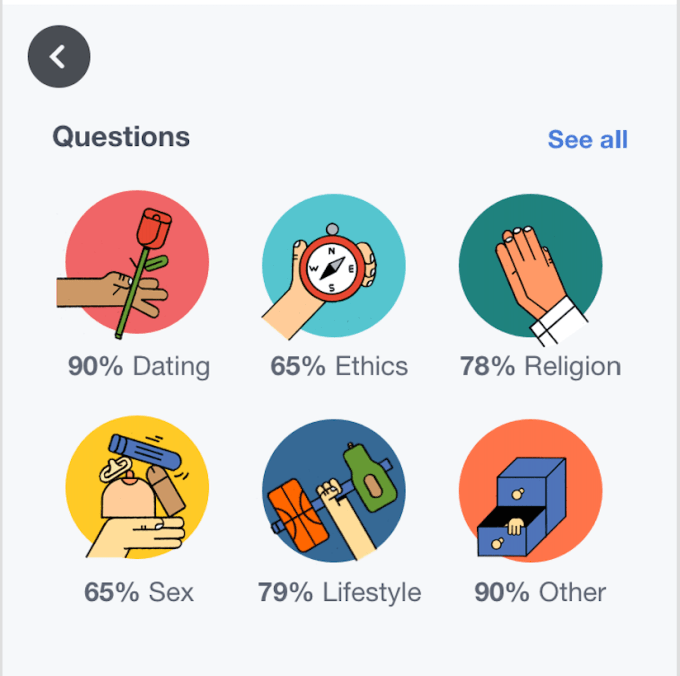 The company commissioned Berlin-based artist Jay Daniel Wright, who has done illustrations for The New York Times, Bloomberg Businessweek, and Die Ziet, to create unique designs to accompany the app’s various sections. The illustrations are bright and colorful, and are meant to impart a modern and progressive vibe – that’s something a company founded in 2004 could probably use.

The updated OK Cupid is live today on iOS and Android with DoubleTake, but the larger redesign is planned for March.