What technology is popular with acquirers, helps save enterprises from expensive breaches, and could even curtail the third-leading cause of death?

Many of the targets were public companies selling for a premium over their trading prices. This was the case for LifeLock, the provider of identity theft prevention services, which in November accepted a $2.3 billion acquisition offer from Symantec. Imprivata, a provider of patient authentication technology for the healthcare industry, sold to private equity firm Thoma Bravo last summer for a 33% premium over its public valuation.

Private companies and their backers didn’t do badly either. Oracle delivered a profitable return for investors with its $50 million purchase of Crosswise, a Series A-funded developer of technology for identifying people across the different devices they use. Private equity firm Vista Equity Partners paid $600 million for Ping Identity, a venture-backed provider of identity management and single sign-on tools.

The active presence of private equity acquirers points to the potential for bigger exits down the road. PE buyers don’t buy to keep indefinitely – they like to sell or IPO portfolio companies within a few years for a big profit. Often that’s accomplished through rolling up a few acquisitions in the same space or using their connections to shop an asset around to big companies.

Acquirers weren’t the only ones putting capital to work. Venture firms also made major investments in identity management. Companies in the space raised more than $200 million last year, according to Crunchbase data, continuing a multi-year run of VC funding totals close to or exceeding that level.

Many investors had a particular focus on healthcare IT and authentication. It’s at the intersection of healthcare and identity management where the notion of curtailing the third leading cause of death comes into play. Heart disease and cancer are widely acknowledged as the two leading causes of death in America. But the third most common cause — preventable medical error – isn’t commonly known. 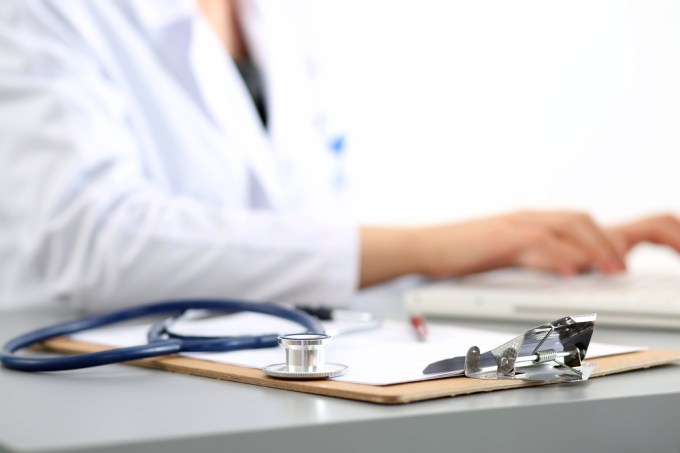 The numbers, however, are staggering. A peer-reviewed study a few years ago in the estimated that up to 440,000 U.S. patients who go the hospital each year suffer some kind of preventable harm that contributes to their death. (By comparison, about 14,000 people were murdered in the U.S. in 2014).

While many of those medical error-related deaths have nothing to do with digital technology, a large portion do. Last year, ECRI, a patient safety non-profit, published a list of the top ten safety concerns for healthcare organizations. Top on the list was “health IT configurations and organizational workflow that do not support each other.” Second was patient identification errors.

Despite enterprise demand for improved identity and authentication tools, plenty of players in the space failed to deliver on investor expectations. Among the highest profile was Jumio, a Silicon Valley startup providing digital ID verification that raised more than $35 million in venture funding before selling its assets following a bankruptcy filing last year.

Yet smart money is also betting on bigger exits down the road. Perhaps the most closely watched is Okta. The provider of a cloud-based identity tools for enterprises has raised more than $200 million from venture backers and is on the long list tech unicorns said to be contemplating an IPO this year.