When you look at the size of the cloud market, it’s astonishing that AWS is the undisputed leader, and probably will be for the foreseeable future. Considering the competition is the likes of Google, Microsoft, IBM and Oracle; AWS’s big lead is even more surprising. The question is how did AWS build such dominance?

The simple answer is that it was first, but as Andy Jassy, the AWS CEO said in an interview at the University of Washington last week, in some ways it was a classic case of disruption dynamics. The competition simply didn’t believe there was enough of a market to worry about it.

It’s easy to dismiss an irritant until it’s too late. In fact, Harvard professor, Clayton Christensen outlined the problem in his seminal book, The Innovator’s Dilemma. The dominant players don’t have any reason to worry about someone attacking the bottom of the market, and that’s precisely what AWS was doing in the early days.

Speaking of his competitors, Jassy said they fought as long and hard as they could against the cloud, making every kind of argument a disrupted company tends to make to convince themselves there was no existential threat to their market dominance.

“First, they said no one will use it, then maybe only startups will use it — but they won’t use it for anything real. Then it was enterprises will never use it, then enterprises will never use it for anything mission critical. Companies and developers voted with their workloads and now [competitors] are in this spot of trying to spin something up and you know, it’s six or seven years late,” Jassy said. 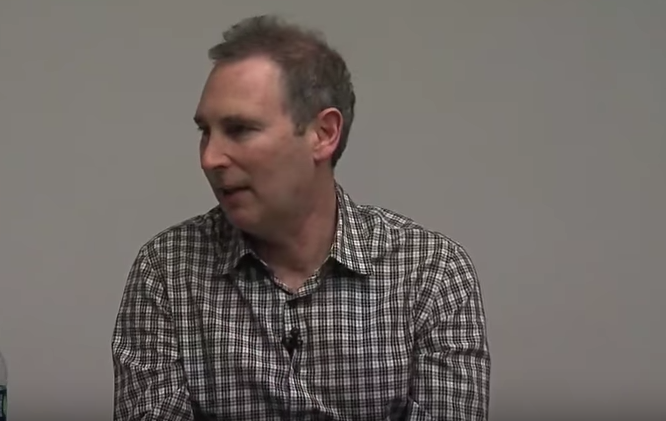 One the reasons these companies like Oracle, IBM and to some extent even Microsoft might have stayed away for so long was the cloud was undermining their core value propositions.

“I think there is a second category of companies that just took an ungodly long time to kind of get there. These are companies like Oracle and IBM and some of those folks, I think for them, the model that we were pursuing was so disruptive to their core businesses.” He went onto say those differences included radically different margins, pricing structures and delivery models, and it raised a fundamental questions for these companies.

“I think you have that dilemma at a lot of large companies that do you really want to try to accelerate the cannibalization of an existing business, and so I think they fought as long and hard as they could,” he said.

Jassy admitted that they were surprised it took so long for other players to join in, especially Microsoft, which he didn’t actually name, but referred to as the “big company across the lake.”I don’t think in our wildest dreams we thought we would have a six to seven year head start, especially since we are across the lake from another big company in that space, and we all know so many people at each other’s companies.”

Now that they’re all here though, Jassy’s not under any illusions that AWS is alone anymore. He recognizes there will be stiff competition for a market that’s worth trillions of dollars. “There won’t be just one successful player. There won’t be 30 because scale really matters here in regards to cost structure, as well as the breadth of services, but there are going to be multiple successful players, and who those are I think is still to be written. But I would expect several of the older guard players to have businesses here as they have large installed enterprise customer bases and a large sales force and things of that sort,” he said.

Jassy did say those other companies had some work to do to catch up with the amount of pure functionality that AWS offers its customers — and which they are adding to on a regular basis.

All of this has led to the dominance of AWS in the market, and at this point the math just makes it hard for the players behind them to catch up. The market will continue to grow, and the major cloud players will continue to display flashy growth numbers, but AWS built a big lead by being first and doesn’t show any signs of ceding that lead any time soon.