Sources tell TechCrunch that Google parent company Alphabet is in advanced discussions to sell its Terra Bella satellite business — originally acquired as Skybox Imaging in 2014 — to Planet Labs. Alphabet also considered a sale to at least one other company, Monsanto’s Climate Corporation, for around $300 million.

A potential sale to Planet was first reported earlier this month by Bloomberg. Our sources say that the deal is in progress and have provided other details.

The transaction, one source said, is “essentially already done” and will involve employees as well as satellite assets. We’ve not heard a firm price. Aside from the $300 million figure we heard, another described Terra Bella as essentially being “donated” to Planet.

Google originally acquired Skybox in 2014 in a $500 million transaction as part of a bigger strategy to get direct access to high-quality images and video shot from Skybox’s satellites.

But more recently, Google’s parent company Alphabet has been making several adjustments and closures across a number of businesses in its portfolio — shutting down the Titan high-altitude drone program, spinning off its self-driving car unit within Alphabet as Waymo, rethinking some of its robotics investments, and halting Fiber developments.

At the time of the original deal for Skybox, the startup had only launched one satellite among its existing fleet and had another 13 on order. It looks like there were another four satellites launched by the group in September 2016 — after Google’s acquisition — but that also means that there may be more satellites yet to launch. This could be affecting the price of the deal.

Planet Labs has raised just under $160 million to date from investors including Yuri Milner, Founders Fund and Data Collective, and it has positioned itself as a consolidator of sorts in the small satellite space. In 2015, the company acquired Blackbridge, another player in small satellites.

If the valuation of Terra Bella is anything close to what Google paid for it, Planet might have to raise more capital — or, what may be more likely according to a source — acquire the assets in an equity deal, where Google could take a stake in Planet.

This scenario could make some sense, as it would give Google a foothold in continuing to have a steady stream of mapping data, without the cost and challenge of owning a fleet itself. It would also be a fitting arrangement in another sense: back in 2014 sources told us Google also considered buying Planet Labs before it eventually acquired Skybox.

Skybox’s unique selling point when the company was first launched was that its small “birds” were built using off-the-shelf components and therefore came in at a much lower price than other satellites, less than $50 million each.

But those satellites could still take ultra-high quality images and short videos of the earth’s terrain, objects on it, the movement of people, and more. Its purpose is not just to collect images, but to combine those with machine learning to spot patterns in those pictures “to uncover signals that drive the global economy”, in the words of Terra Bella itself. 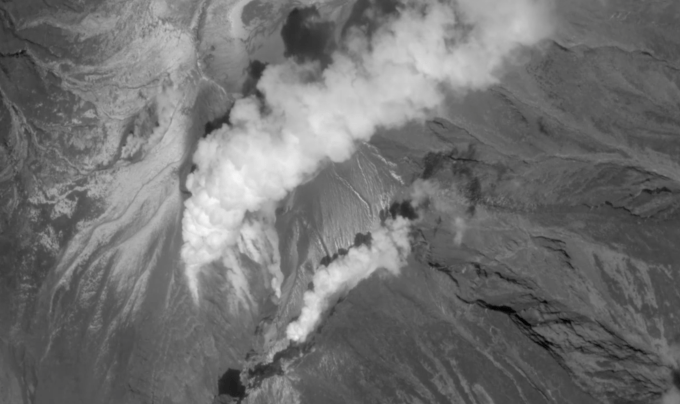 Google acquired it to get more accurate mapping data for its own Google Maps, but it also saw opportunities to use the data for other projects, like improving internet access and disaster relief. But one area that might have been a home for some of Skybox’s IP and imaging — Earth Enterprise — was depreciated the year after Google acquired Skybox, and will cease to be supported in March of this year, underscoring how priorities and strategy are changing for the company.

But even if Google is bowing out of the race to control better mapping data for enterprise applications, there are others still hot on the trail. “Climate is talking to every single micro-satellite company in the valley,” one source told us about the Monsanto-owned digital agricultural company.

The Climate Corporation provides tools and a platform to measure and model weather, soil and field data to farmers to optimize their crop production. Getting a more direct source of imaging data, and more control of what is actually getting photographed and how, seems like a very logical strategy.

Both Alphabet and Planet Labs declined to comment for this story. We have contacted Climate Corp. for comment and will update when and if we hear back.