Nvidia today announced the launch of its GeForce Now platform for PCs during its CES keynote tonight.

As the company’s CEO Jen-Hsun Huang noted during today’s keynote, the majority of PCs in use today aren’t able to play modern games simply because they can’t support modern graphics cards. GeForce Now for PCs will simply these potential gamers to access a cloud-based gaming service.

GeForce Now will be available in March for $25 dollars for 20 hours of play. “It’s basically a GeForce gaming PC on demand,” Huang said. The idea here is to give all of those who want to play PC games but simply don’t have the hardware to do so a way to easily play virtually any modern game on their computers — even if they are Macs. 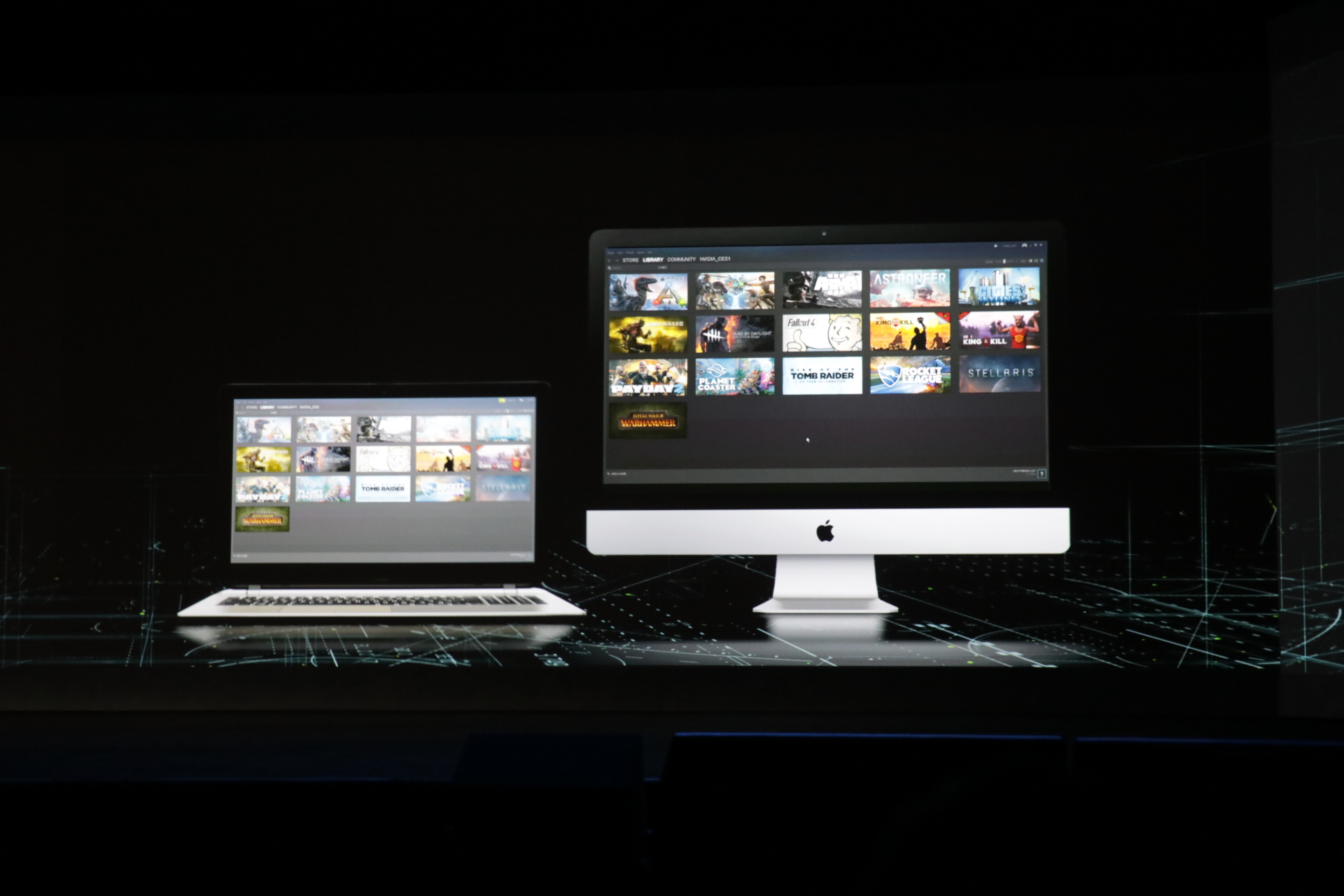 That does sound awfully familiar for anybody who ever used the old OnLive platform. That platform, though, depended heavily on support from gaming companies. During today’s keynote, Huang showed the Steam store running on Nvidia’s GeForce Now platform, though, so the number of supported games shouldn’t be an issue.

Nvidia itself has also used the GeForce Now brand before. Until now, though, it was all about streaming games from  your own PC — not one that lives in the cloud.

Huang also stressed that the company worked on this project for quite a while and it’s only now that its engineers have found a way to make the service run fast enough — and with low enough latency — to work.

To use the service, gamers will have to download a small client. Installing and starting games should only take a few seconds, but we have obviously not used the service ourselves yet, so we have to take Nvidia’s word for this.

It’s unclear whether Nvidia is hosting this service in its own data centers or on AWS or another cloud computing platform.