August Home — which makes an internet-connected smart lock — already works for most door locks you’d typically find in the U.S. But it hasn’t had a product yet for a different style of lock called the Mortise lock just yet.

That lock represents a smaller amount of the overall market in the U.S., but more importantly, it’s a lock that’s very common abroad. If you’re traveling in Europe and staying in an Airbnb, you’re probably going to find yourself unlocking the apartment with a Mortise lock. So August — which, for now, ships in the U.S. — is launching a new smart lock that cooperates with Mortise locks.

It’s still an important market to capture in the U.S., to be sure. But even with that situation, CEO Jason Johnson said that they’re already seeing August locks pop up internationally. So while that might not be happening in the immediate future, it obviously paves the way to a much larger market when the company looks to expand internationally. The kit is available for $100 in addition to the standard $229 standard price for the August Smart Lock.

“It definitely moves us a step closer to that,” Johnson said. “We don’t ship outside of North America, just because there’s a lot of work to be done to do that in setting up distribution and retail and all the things to support different countries. While we don’t see the exact locations of where our locks are being used, we can see the cities. In fact, August Locks are used in most cities around the world. How they’re doing that we don’t know, people don’t tell us, but they’ve found ways to use the lock. Maybe they’ve installed American-style locks. But this is definitely a step toward making the August lock available to more homes worldwide.”

In addition to that, August is launching a partnership to work with the Logitech Pop, a simple button that allows users to execute various smart-home activities. For Johnson, that involves turning his TV and lights on and off — and locking his door. If you’re lying down for bed and you might have wondered whether or not you locked the door, Johnson said this is at least one way to avoid having to get up and out of bed. 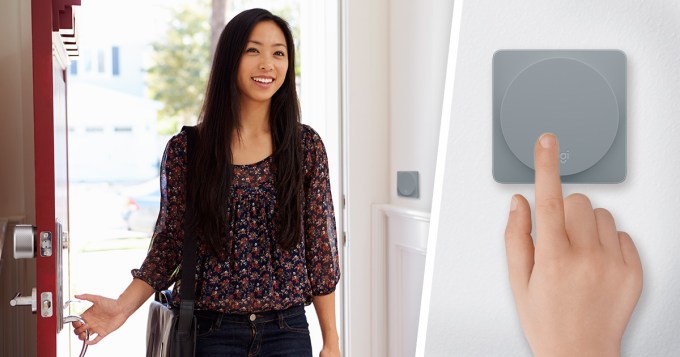 So this is another partnership for August, which is still not quite an open platform as it wants to ensure that it is secure — and won’t open a lock haphazardly. Johnson said, for example, the August Smart Lock can’t be opened with Amazon’s voice interface Alexa, though it can be closed. It’s a tough line to toe, Johnson said, as users look to find easier ways to manage their homes but ensure that home security isn’t breached.

“You have to think through these things very carefully so you’re never letting in somebody that’s not allowed in,” Johnson said. “At the same time, you make it as convenient as possible to use that to lock and unlock their door.”