Apple juniper kombucha or a BBQ chopped salad may soon replace the can of soda and bag of chips in a vending machine at your office.

A San Rafael-based startup called Byte Foods has raised $5.5 million in seed funding to popularize its smart vending machines and delivery service stocking them with nutritious food and drinks from local vendors.

Byte Foods is poised to grow as the IoT share of this market does as well. Berg predicts by 2020, the world will have at least 3.6 million internet-connected vending machines in circulation.

But when they spotted a kind of smart refrigerated kiosk, made by Lemnos Labs’ alumni Pantry Retail Inc., they had a vision to change their business and brand entirely.

Byte VP of sales and marketing, Lee Mokri said, “It just made a lot more sense to deliver a lot of meals at once to one place, versus a lot of individual meals to different doors.”

The founders licensed one of Pantry’s machines, and convinced a local employer to keep it at their offices, loaded up daily with the foods and beverages employees there craved. 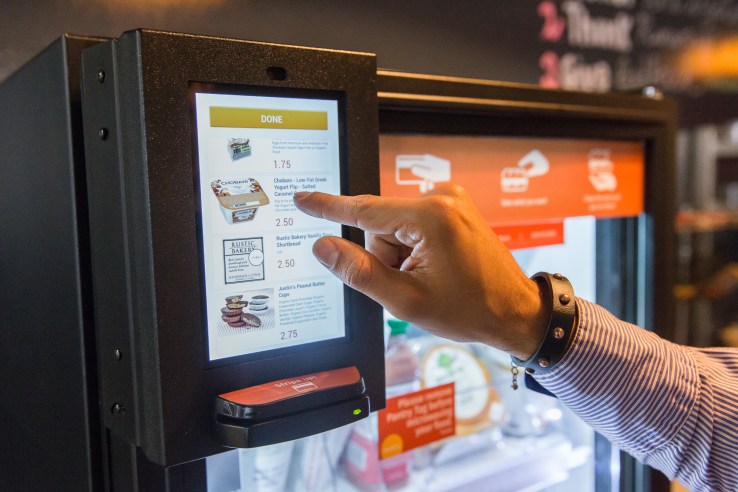 The machines feature a menu display that users can scroll through for product info, and a card reader where they can swipe to pay for whatever they want.

Customers can take anything they like out of the vending machine to examine it without risk of being billed erroneously if they put the items back. RFID tags are affixed to each item, and tell the machine automatically the items a customer carried away, and how much to charge their card.

Byte has developed software to predict demand for different items at each office where its machines are stationed. The software also helps Byte manage relationships with over 1,000 vendors, and engage in dynamic pricing, a.k.a. surge pricing, to facilitate sales of every last item before it spoils.

Some companies today use Byte to offer food and drinks for free to employees who are working after a certain hour, for example. The plan can help smaller companies provide a meal perk long before they’ll be able to afford a Google-style cafeteria.

After a successful test period with the Pantry machines, Lee and Megan Mokri rebranded as Byte Foods, and acquired Pantry this May, in an all-stock deal.

Now, Byte has raised $5.5 million in a seed round led by Spring Creek Investment Management, a family fund based in Philadelphia with a special interest in food and agriculture. Other investors in this round included hardware focused fund, Bolt, and Bessemer Venture Partners.

Spring Creek’s Jin Park, who is now a board member at Byte, said he expects the company to invest its seed funding into growth initiatives.

He said, “Byte is fine tuning their food offering and variety, which is important in attracting repeat customers. There are many opportunities here to partner with various local food providers. 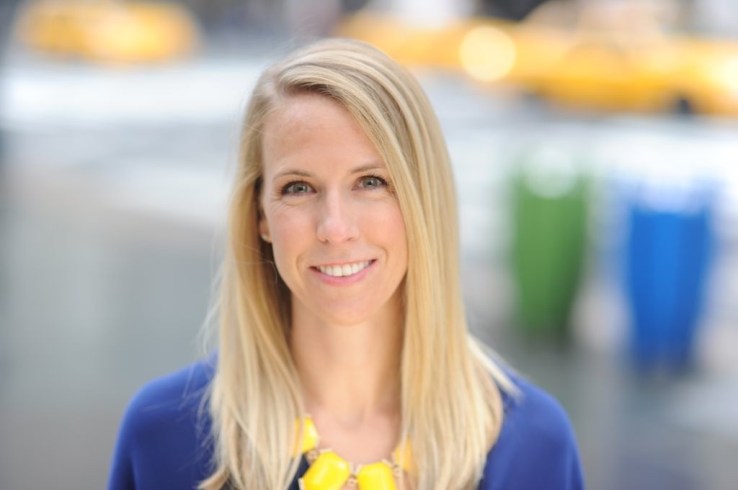 The customer facing-side of their technology works well already. One key revenue driver will be expanding the number of refrigerators… and driving down the delivery costs by having route density.”

Byte CEO Megan Mokri noted, “Our tech doesn’t exist anywhere else. We have inbound requests from all over the world to either license it or use our service…”

Mokri said she aims to have Byte vending machines cost less than traditional vending machines, or keeping a stocked mini-fridge in the office. The company will be saturating the San Francisco Bay Area with its vending machines and temperature-controlled food delivery trucks but declined to say when it will expand into a new geography.

Additionally, the CEO said Byte is developing software that will let customers be able to opt in for deals on their favorite items, freebie samples of new foods, or for alerts that tell them when one of their preferred foods or drinks goes on sale.