Volkswagen Group is making a significant bet on future mobility services with Moia, a new separate company that will exist under the VW umbrella of brands focused specifically on providing mobility solutions, including fleet-based commuter shuttles and, eventually, autonomous on-demand transportation.

Moia, which launched at TechCrunch Disrupt London 2016 on Monday, is one of the most aggressive and intentional moves made yet by a major automaker in terms of investing in urban transportation models that extend beyond individual ownership.

Getting around the limits of city living

Moia is focused on solving the problems associated with cities specifically, and movement therein, according to new group CEO Ole Harms, who assumes the role at the newly formed company from Volkswagen Group, where he was Executive Director and Head of New Business and Mobility Services. He calls mobility in a city the “lifeblood” of the urban environment, and suggests that Moia will seek to act as the heart in the metaphor, keeping the flow running smoothly so that the city and its residents can function efficiently.

To do this, Moia will be focused first on setting up on-demand shuttle services, using original designs for small, multi-passenger shuttles that are intended to operate with electric drivetrains for maximum efficiency with minimum impact. 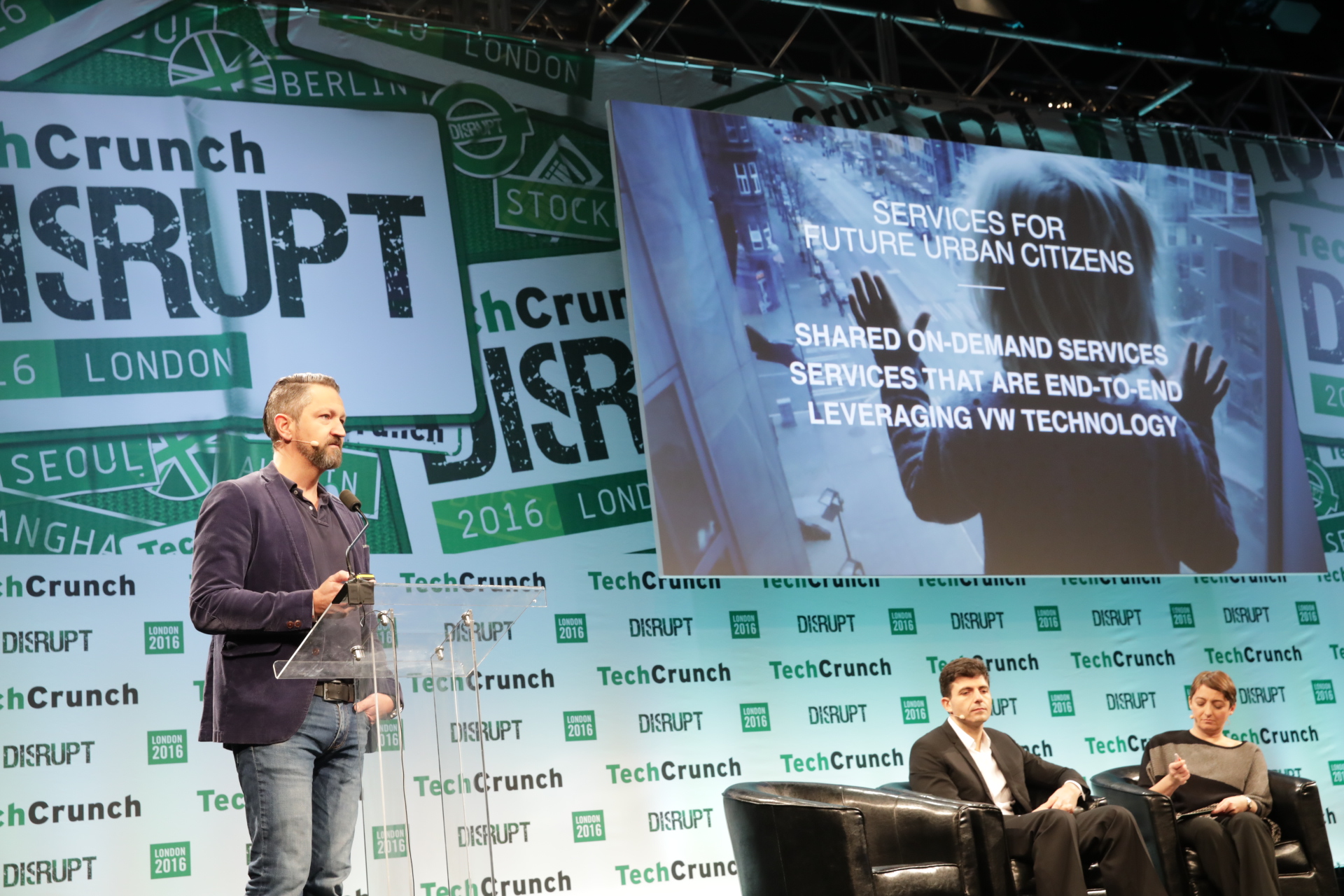 “In Europe… you can only do it with electric vehicles,” Harms said during a press briefing. “At scale, I’m convinced.”

Users will be able to hail shuttles from an app, and join them from designated pick-up points along routes near their location on short notice. If users hail during a time when they’d be the only passenger, Moia is currently planning to potentially outsource that to partners like Gett or others operating ride-hailing services to ensure users still get a ride when they need one.

Why the need for it now?

Harms said that he was especially struck by the pressing need for a drastic rethink of how transit works after a trip to Djakarta, where it was clear that congestion was essentially rendering road travel nearly useless.

The solution to the problem wasn’t something that Volkswagen Group could handle via its existing products; individual brands under the umbrella can, do and will continue to operate ride-ssharing service where appropriate, but the aim is ultimately to drive ownership; Moia will be focused top-to-bottom on providing transportation alternatives that will, Harms admits, eventually decrease the need and demand for vehicle ownership in urban environments, if they work correctly.

The new brand mark for Moia.

Moia in Sanskrit means “magic,” according to VW, and the aim for the company is to provide a service that serves the needs of its users as if by magic. But all that magic will require a lot of hard work behind the scenes, not least of which is designing tailor-made electric vehicles for its use. There’s also the matter of working with local municipalities in each market where Moia operate, which Harms admits will be a challenge.

The goal of the fledgling company is to partner and work in tandem with cities, which may be a difficult way to proceed. The partnership with Gett lays some of the groundwork there, but it also means being patient and accommodating to regulators. Moia will also then have to deal much more carefully with public opinion. A key challenge, for instance, will be pitching the launch of this service in busy metro areas like London, where car density is already at a crisis point. While Moia will aim to alleviate the choke in the long-term, in the near-term it’s just another interest looking to put more vehicles into the mix.

Still, Moia will be focused closer to home, first; the company will be headquartered in Berlin with another German office in Hamburg, and the intent is to be live in two major European cities by the end of next year. It’s also eyeing the Chinese market for early launch, with an office in the country planned, as Moia says this will likely be its biggest market eventually, provided the service catches on as planned. The U.S. is also on Moia’s roadmap for eventual expansion.

How is Moia planning to make this happen? On the VW side, it hopes to leverage expertise and resources from other groups within the umbrella. It’s also secured “multiple hundreds of thousands” in funding from its parent company to make this happen, and has 50 employees currently with what Harms describes as a “startup” mentality with “the resources of a big corporate.” 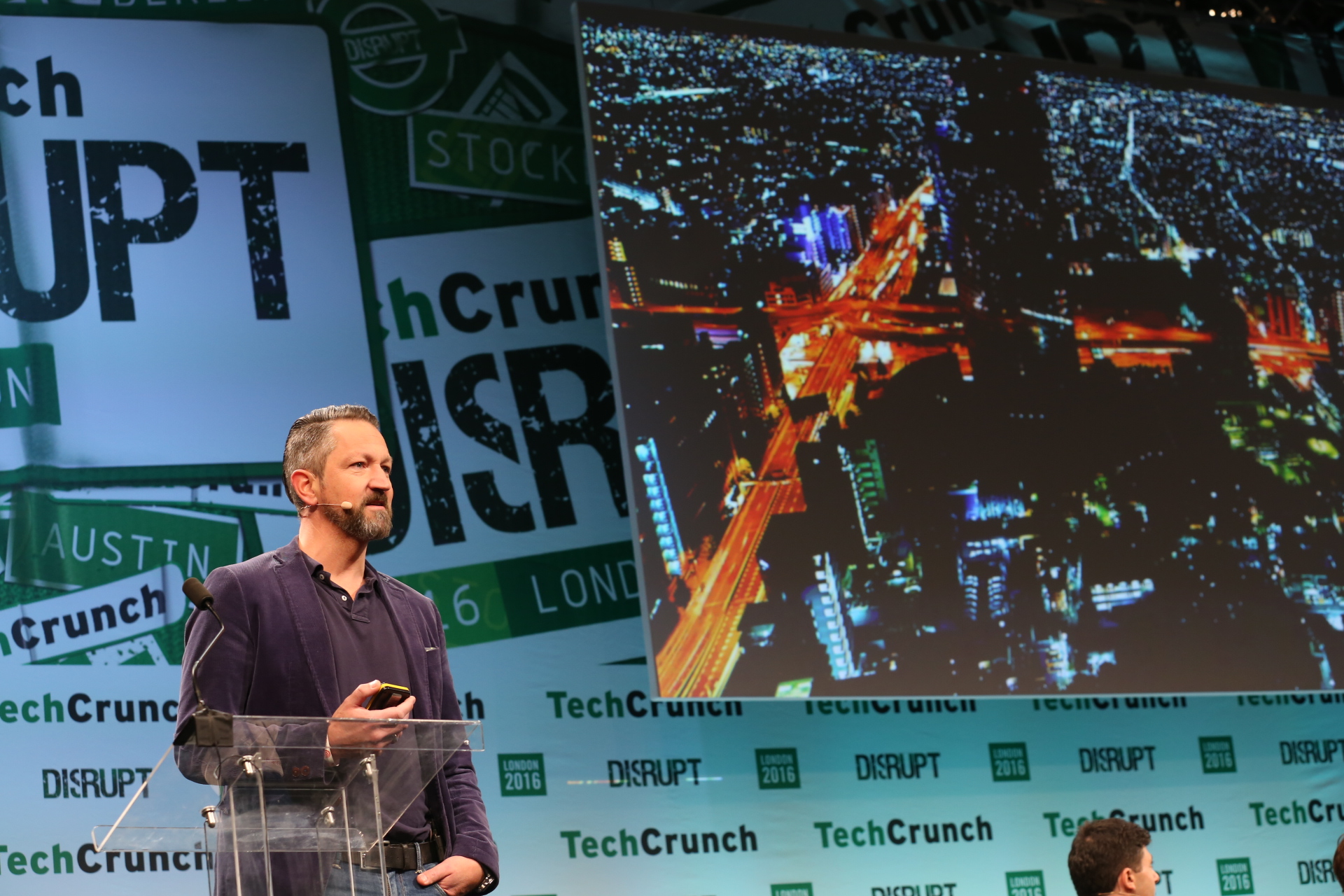 It’s not putting too fine a point on goals just yet, but Harms did say that it’s looking to eventually get to a couple billion euros or so after a few years of operation, with a hiring ramp that should bring the total team to around 200 by the end of 2017.

The aim is to provide a service that lives above public transit but below ownership in terms of affordability, Harms explained. Moia won’t offer any kind of premium service akin to an Uber Black, and is instead seeking to “democratize” transportation to the point where anyone in a city can reasonably consider using it.

Car design will be based on rider needs, and the plan is to have an open dialogue with users about what they want both in terms of service and vehicle features. We could potentially have a first look at Moia’s tailor-made vehicles next year, Harms teased. One test vehicle has a large, semi-transparent display that can show the world outside but also content like TV shows and movies – this could prove another revenue opportunity down the road, that may help subsidize costs either to Moia or riders.

Eventually, Moia sees this as fitting in nicely with VW’s broader autonomous driving ambitions, Harms noted. He said to expect the first pilots of autonomous driving deployments to come earlier than the 2021 date cited by many competitors for the arrival of self-driving tech, including Ford, which set this target date for introduction of production autonomy in service of on-demand car fleets.

Sights set on the top

Moia sees itself as becoming a “top three mobility provider” in the 10-year timeframe, based on the groundwork it plans to lay now and over the next couple of years. That’s an ambitious goal, but it does seem like one of the most genuine and intentional mobility services plays made by a major automaker. Others have spread their bets more, or kept their mobility brands closer to the core, but Volkswagen appears to be willing to treat it as a business in earnest at the outset. 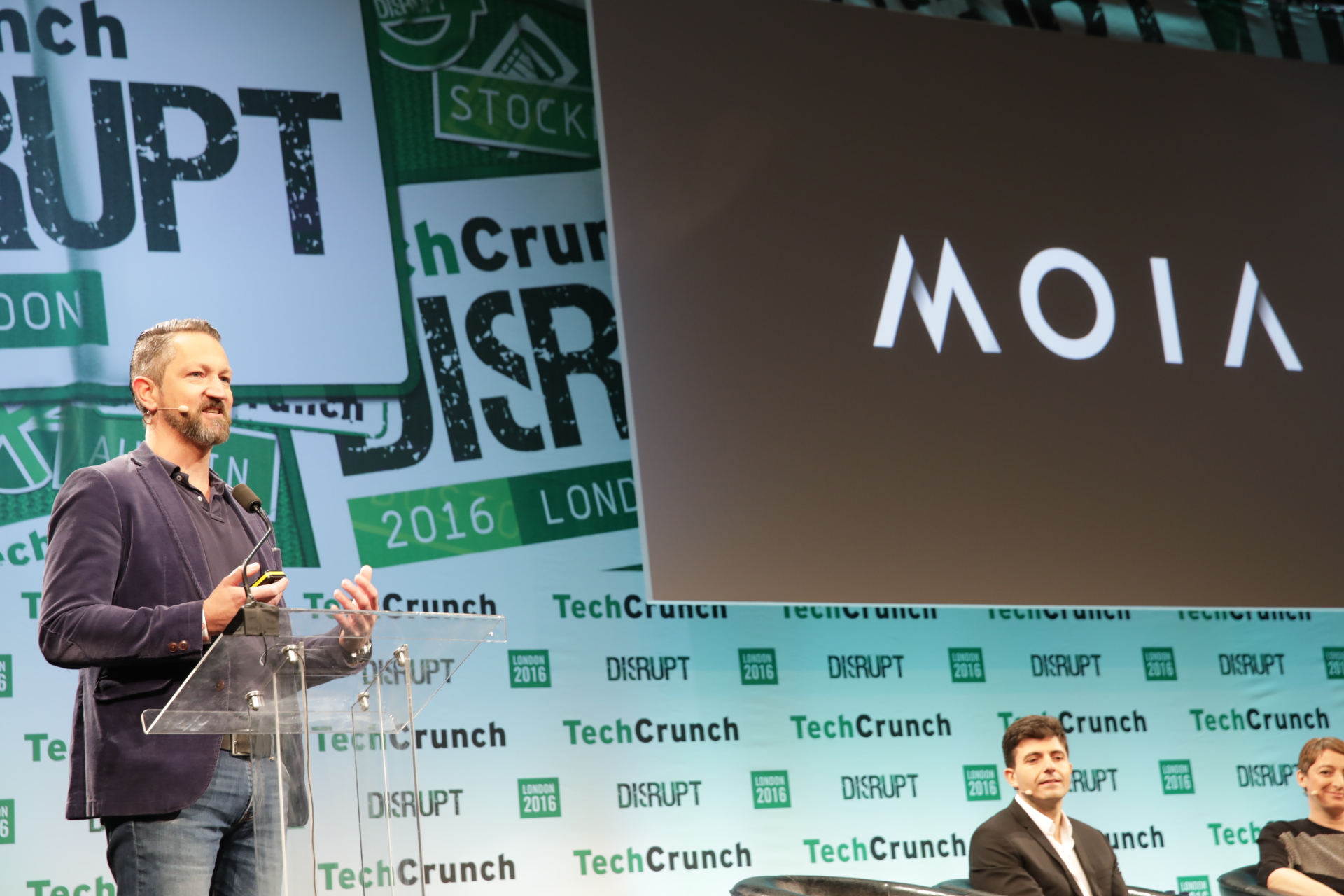 The biggest questions that remain probably rest on buy-in from city partners and the pace of rollout with the widely differing needs of individual urban markets. Moia says it’s only going to use “legal” driver sources, and will not fly in the face of existing regulation and infrastructure to provide its labor pool. It also says it wants to supplement, not replace, existing public transit options. These overtures or peace offerings to municipal governments and regulators should help, but its toughest task will still be convincing cities to work with them on licensing, accommodation and infrastructure to help make Moia’s grand vision come true.