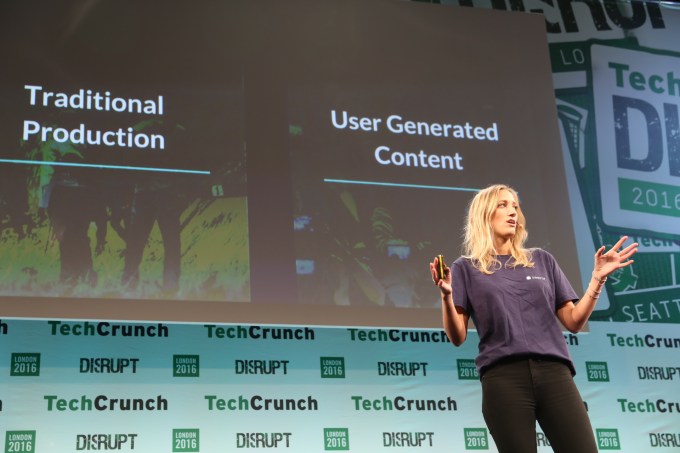 Let’s say you’re hosting an event. Maybe it’s a marathon or a fundraiser or a concert. You want a video recapping the event, be it for promotional reasons or just for the memories. Tradition would have you hire a film crew, but film crews — or at least, film crews alone — might not always be the best answer. They tend to be pricey — and unless you get crazy with the headcount, the crew can’t be everywhere at once. The bigger your event, the harder (and more expensive) it gets to truly capture.

Seenit, a startup competing in the Startup Battlefield at TechCrunch Disrupt London, has a different approach: they want to turn your event’s biggest fans into your film crew.

Seenit isn’t just trying to blindly aggregate any and all of the fan videos shot at your event into some big folder dump somewhere — that’s a concept I’ve seen before, but one that often leads to hundreds of hours of extraneous footage that no one wants to sift through. 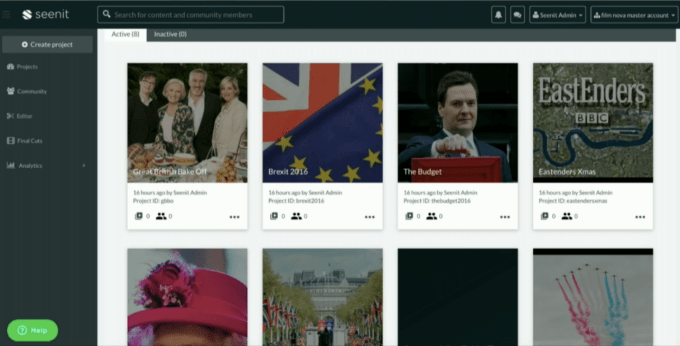 Instead, Seenit has the company invite a select bunch of its own users (some of the people attending the marathon, for example, or who’ve come to the fundraiser in years past, or the band’s street team) into a group. Armed with their smartphones and Seenit’s app, they’ve got everything they need to shoot and submit video.

The company gives this group a list of shots they want for their video — things like “Someone talking about the favorite part of the event” or “a crowd cheering” or “the headliner band rocking out.”

This list, then, becomes something of a scavenger hunt. Users aren’t racing to be the first to complete any given item on the list; instead, each user is encouraged to shoot their own take on each item. So if your event’s group has 30 invited members, you might end up with 30 different takes on a concept to choose from. 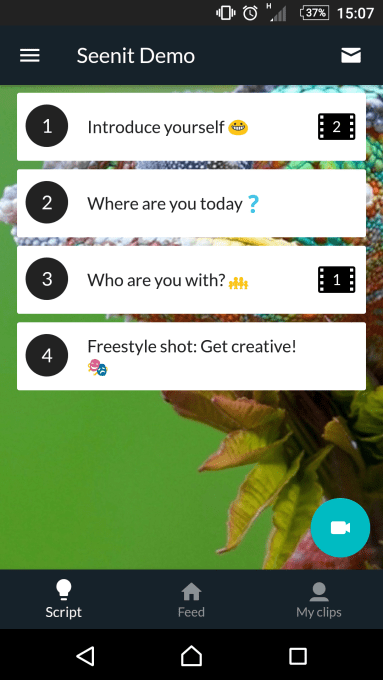 Meanwhile, organizers can communicate with contributors on the fly. Love someone’s take on something, but they accidentally put their thumb over their phone mic at one point? Send them a message with your thoughts. Use terms are also agreed upon directly through the app ahead of time, allowing user-submitted footage to go straight into your videos right away.

So what’s in it for the contributors?

Seenit leaves this a bit open-ended to allow for flexibility. They intentionally don’t have their own payments system in place, founder Emily Forbes tells me, because “one payment system just couldn’t do everything for everyone”. One company might want to pay everyone who contributes; another might reward those who complete their list with VIP access to the event or a meet and greet with the band.

Can this replace the film crew outright? Not exactly. You still need someone with that vision of what the video should be; someone to come up with that list of desired shots in the first place, and someone to edit everything cohesively in the end (though Seenit offers up its own community of editors when the time comes).

What it can do, though, is vastly expand the options at a video producer’s fingertips. Why get just one shot of something, when you can pick the best out of dozens?

Do you have a trial period?

We shifted this recently. We initially did a trial, but we didn’t see the conversion as quickly as we wanted to. Now we do a three month launch.. it’s all paid for, and at the end of three months its a yes or no answer as to whether they want to continue

How are you finding customers?

We’re starting to do a lot more lead gen and press and PR, but we’re mostly inbound for now.

With (our first customers), some are pay-as-you-go, some are subscription. But our average is around $60,000 per year.

Do you have competition?

Yes — there’s a company in the US, but they’re focusing mostly on sports. Because we’re focusing on [helping companies harness their] existing communities, we stand out.

What do you do with the videos after people submit them? Do you filter for quality?

That’s why we’re focusing on the video intelligence side of the side of this platform. On one side, we’re figuring out whats well lit, well exposed, is it stable, if the audio quality is good enough for it to be used in broadcast or online. On the other side is the more qualitative side of things — is the actual content good?