LeEco would like nothing more than to be everything to everyone. The impulse is no better demonstrated than with the company’s grand U.S. debut a few months back, which included everything from phones and flat-screen TVs to a bicycle, an electric car, a VR headset and, yes, a cameo by Michael Bay directly from the set of the latest Transformers.

Of all the products unveiled during that bizarre spectacle, the Le Pro3 is the most compelling for the simple reason that it’s here and it exists. I’m holding it in my hand. The U.S. retail future of many of the other products shown at the event, on the other hand, feels a lot less certain.

So, aside pomp and circumstance, what does LeEco bring to the table with the Le Pro3? The same thing that most of its fellow Chinese smartphone makers are banking on — low price. And indeed, the $400 price point is mighty tempting in a world of $700 and $800 flagship devices.

But the market is flush with inexpensive handsets from relatively unknown makers (in the U.S., at least), making it a tough time to distinguish oneself by price point alone, particularly with companies like OnePlus offering some truly terrific bang for a consumer’s buck. 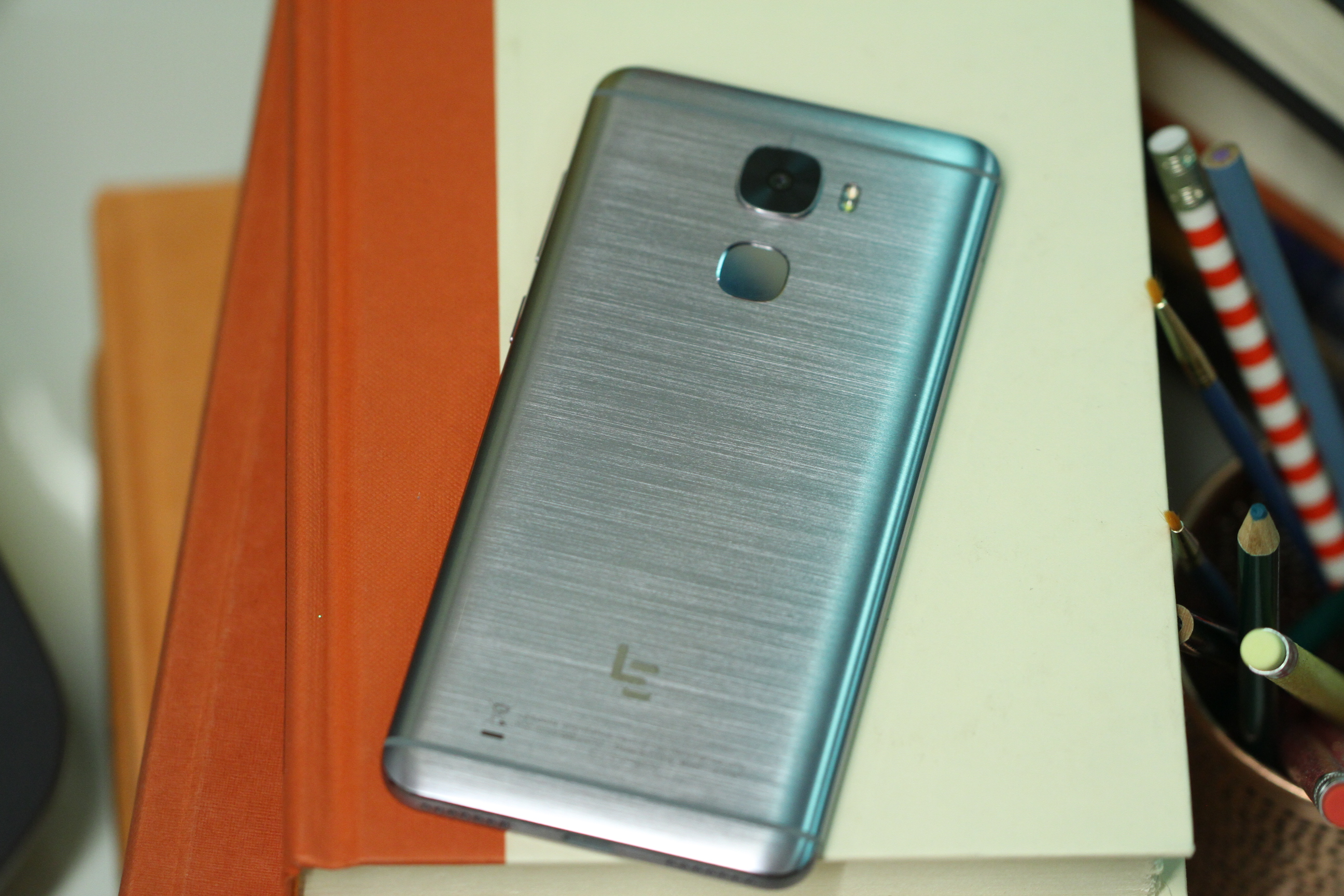 The Le Pro3 has a design that belies its thinness. At 7.5 millimeters, it’s not much thicker than a lot of the competition, but a blocky design and a weighty metal build give the handset an added sense of bulk that’s hard to shake. What the metal case does lend the phone, however, is a solid (though not waterproof ) build and an eye-catching design. It’s not for everyone, certainly, but the extremely shiny brushed metal backing certainly helps it stand out from the crowd. It’s also, for the record, a bit of a fingerprint magnet.

There are two physical buttons on the right side of the handset — power and the volume rocker, both of which could have benefited from a little extra rounding of the edges. Two large speaker grilles are located on the bottom, flanking the USB-C slot. The headphone jack, on the other hand, is nowhere to be found. 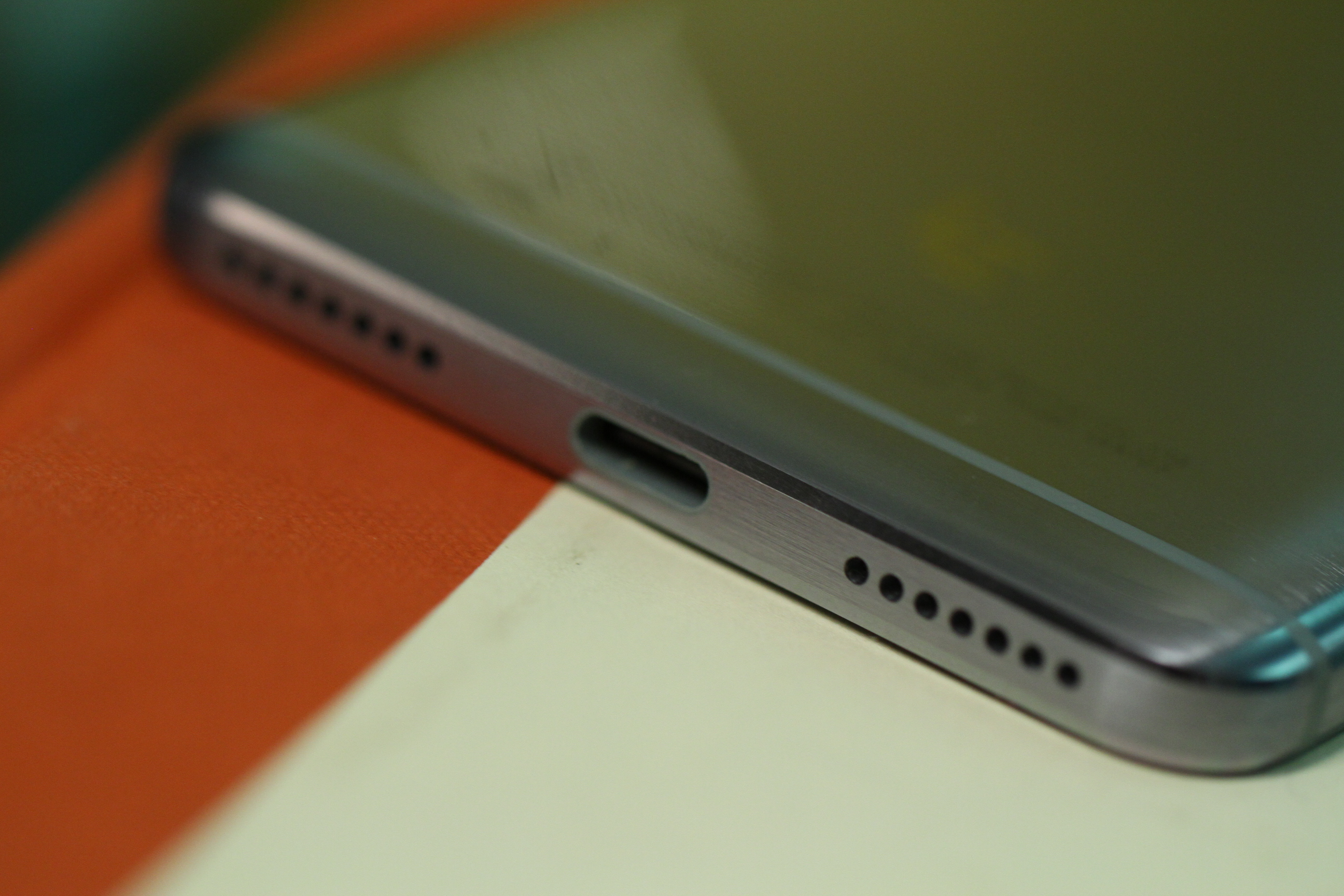 Yes, LeEco has joined the courageous ranks of the iPhone and the Moto Z, becoming one of the first budget devices to drop that familiar connector, so you might want to add the price of Bluetooth headphones into the handset’s bottom line. Around back are an extra shiny (and fairly finicky) fingerprint reader and a 26-megapixel rear-facing camera that adds a notable bump.

Also of note, while the front is devoid of any overt branding, the haptic disappearing home button takes the form of the company’s “LE” logo, an extra bit of branding that just couldn’t be avoided.

At 1920 x 1080, the display’s not bad for its price point. Of course, plenty of handsets go much higher these days, but it’s plenty sharp and bright and will get the job done for most users. 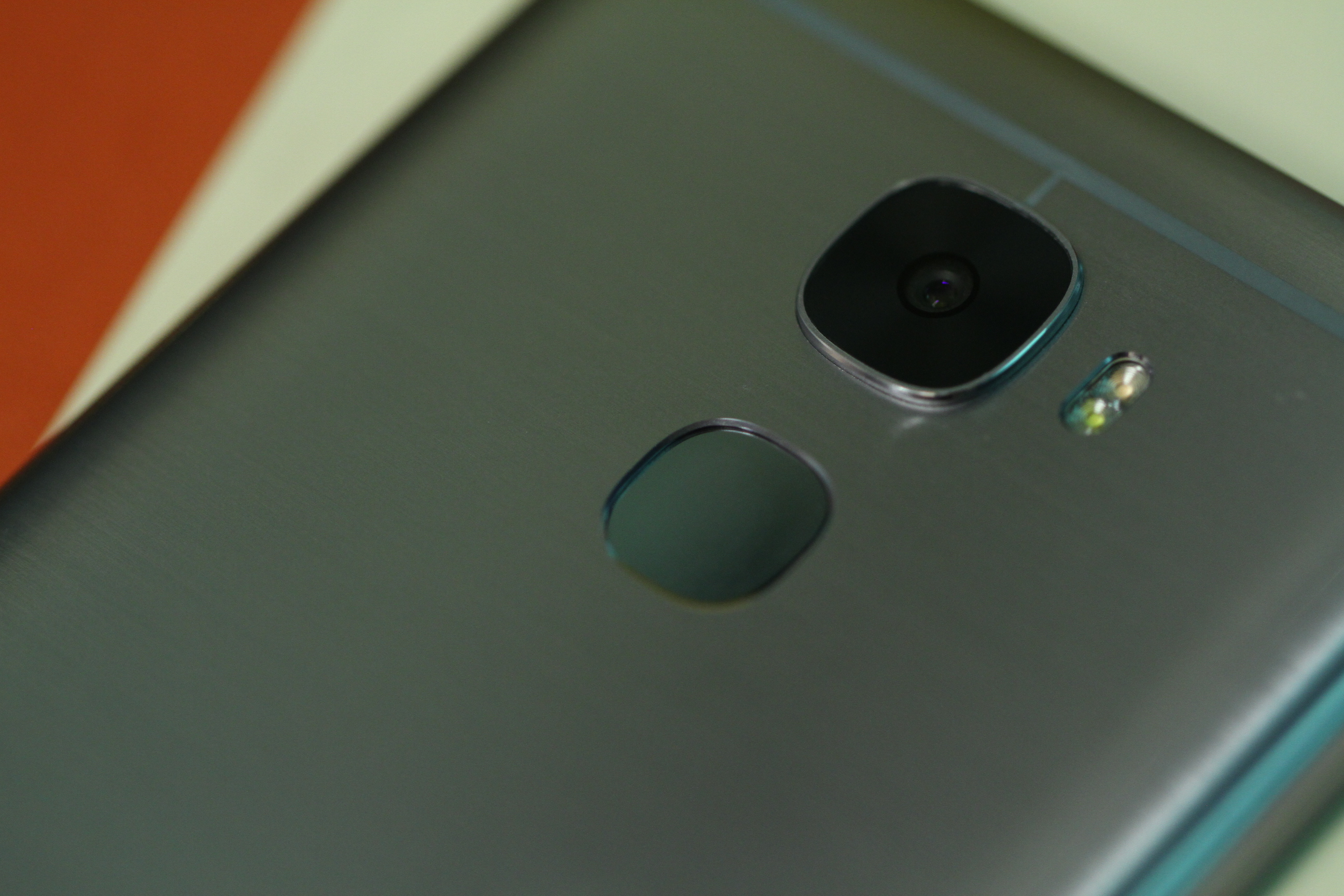 All told, the Le Pro3’s got some pretty impressive power under the hood, on par with some truly premium handsets. The Snapdragon 821 processor is top of the line, putting the handset in still fairly rare company, alongside the Google Pixel and, most recently, the OnePlus 3T. That’s coupled with a decent 4GB of RAM and 64GB of storage — no microSD slot though, so you’re stuck with that. But that should do the trick for most.

The biggest standout on the spec-front, however, is the 4,070 mAh battery, which blows out of the water OnePlus’s recent modest upgrade to 3,400 mAh. Honestly, this is the spec that LeEco really ought to have led with. Weirdly, in its own press materials, it boasts of “up to 318 hours of 4G stand-by time.” I probably would have gone with the two-plus days you’ll be able to go without needing a charge. 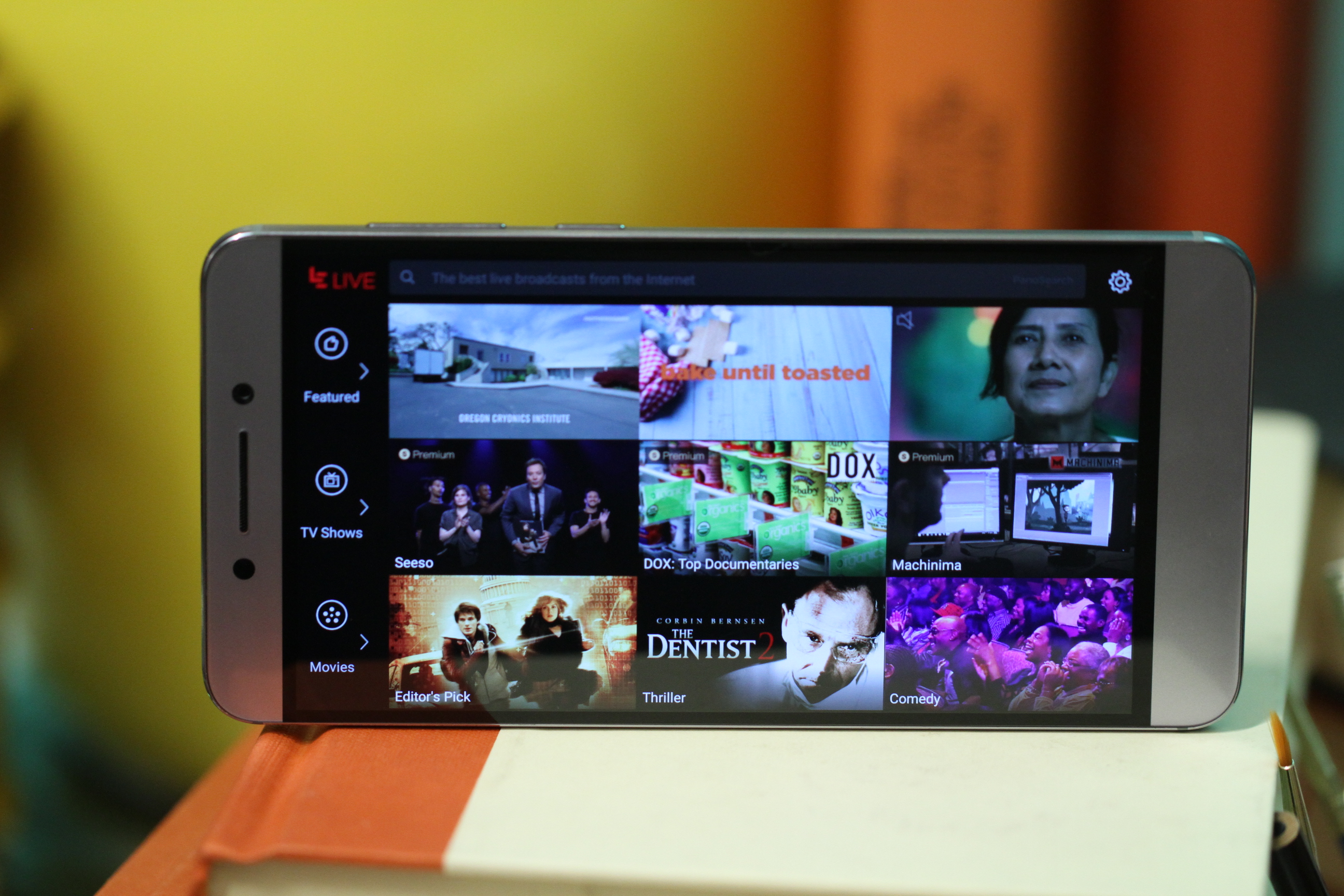 LeEco was clearly hoping to stand out on the software front. The company is set to learn the lesson learned time and time again by various Android manufacturers over the years — less is more. But part of building your own world-conquering ecosystem is customizing your basic OS. But if this overall experience is indicative of the ecosystem that gives the company its name, it may be destined for the drawing board.

EUI is really a skin layered on top of Marshallow. Among other sour notes is the lack of a default app drawer — forcing you to stick all of your apps on the home screen. A bit of that real estate is already taken up by the company’s own apps, including Le, which is a video app, and the Live button smack dab in the bottom of the middle, which — well, which is also a video app.

LeEco really wants to bring you into its video ecosystem. In fact, in the way that the Kindle Fire and its ilk were really ultimately content-delivery devices, one gets the sense that the company views its low-end handset as bit of a backdoor to push its video services into new territories. Hey, the company finished the upcoming big-budget Matt Damon movie, The Wall, so it would really like you to buy into its services, thank you very much. 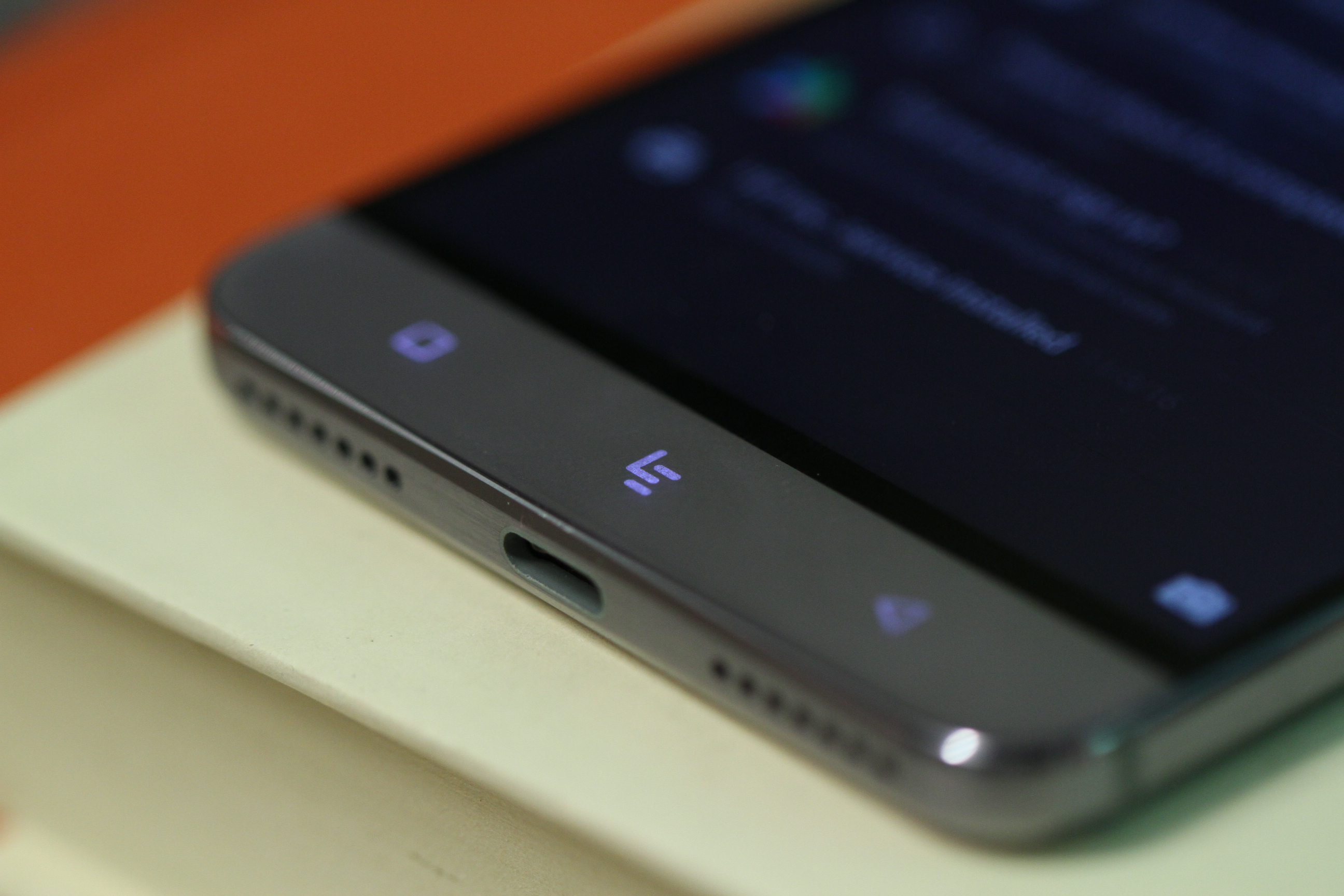 The price is certainly right with the Le Pro3 — especially if you get in on one of the company’s flash sales and get $100 knocked off. The hardware is an odd mix of cutting edge and clunky, but it still feels like a solid deal at the $399 price point. As far as overall experience, the OnePlus 3T is slightly pricier, but it’s a safer a bet — even if it sports a massive battery life.

LeEco has some bugs to work out, particularly on the software front, but the Le Pro3 feels like a pretty decent first effort that would be made a lot better by simply going easier with its software skins.