It was really just a matter of time before WiFi startup Luma added Alexa functionality to its bag of tricks. After all, the hardware startup counts Amazon as among its biggest backers – and distributors.

The functionality arrives today for the simple WiFi range extenders, bringing with it the ability to “pause the internet” via a voice command when an Echo is hooked up to the network. So, if you, say, want some quite time during dinner or want the kids to put the tablet down for a minute, you can tell Alexa to pause the entire thing or limit it to specific devices.

So, you can say something like “Alexa, Tell Luma WiFi to Pause Timmy’s iPad,” and then you can deal with a disappointed child like the one in this picture: 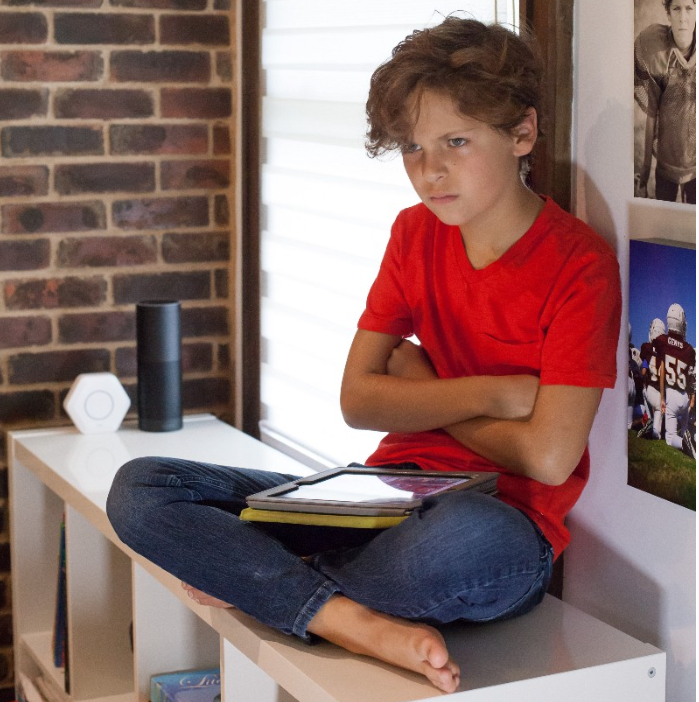 Alexa, tell Timmy to stop sitting on the Ikea bookcase.

Amazon’s assistant can also be employed to prioritize the connections of specific devices over others, to ensure than they make the most of whatever bandwidth you’re dealing with, like, “Alexa, Tell Luma WiFi to Prioritize Me.” Let the household Alexa WiFi wars begin.