Amazon’s investment in its own private label products has been paying off, according to a new report out today. The retailer now competes with vendors via its own products in over a dozen categories, including computer accessories, home goods, pet supplies, grocery items, and more. In some categories, Amazon has even established itself as the online category leader, the report indicates.

The Amazon Echo data was most interesting in terms of Amazon’s entry into the emerging voice-based computing market, given how little the retailer shares about its sales figures. The report indicated that the Amazon Echo brand now holds a 45 percent market share among the top 10 brands, based on dollars sold, and the Echo speaker itself is the most popular of all those sold online. Its sales have also grown by 67 percent year-over-year.

Amazon as a destination, too, is best poised to take advantage of consumers’ interest in the space, given that its site accounts for 89 percent of total online speaker sales – an estimated $1 billion market, says 1010data’s report. 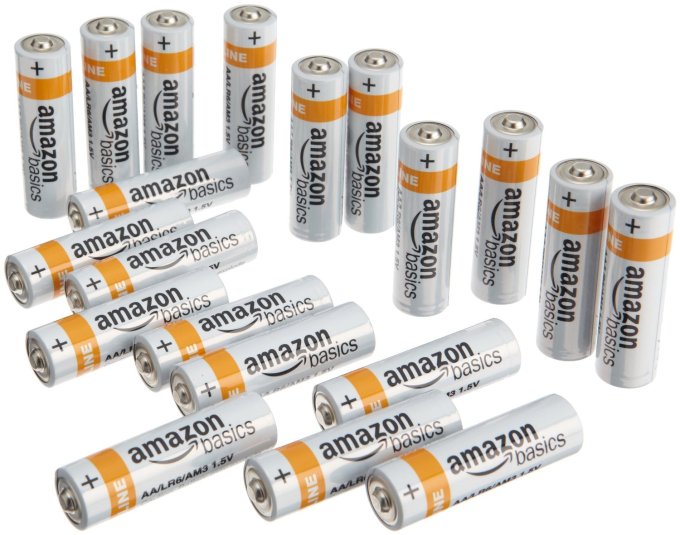 Meanwhile, the retailer has also made headway in other categories, too. Its AmazonBasics brand, for example, now accounts for around one-third of online battery sales and is seeing 93 percent year-over-year growth. And again, the majority (94%) of these online battery sales – a $113 million market – are taking place on Amazon.com.

The third category the report delved into was baby wipes. Of course, Amazon has catered to the needs of new parents for years, including with its Amazon Family program for Prime members (previously, the less inclusively dubbed “Amazon Mom“), which offers discounts on baby needs, like diapers. It also runs Diapers.com, which came in through the Quidsi acquisition in 2010. 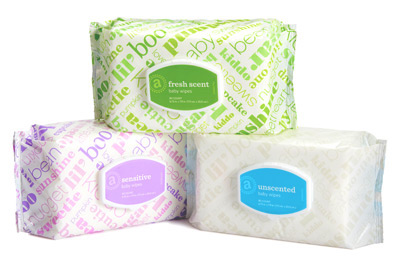 In late 2014, Amazon launched its own private label household items with the debut of Amazon Elements, which focuses on baby wipe sales, after pulling its diaper line in early 2015, citing design flaws. (Diapers are set to return under Amazon’s new private label Mama Bear.)

But even though today, Amazon Elements products are only available to Prime members, it has already gained a 16 percent market share in terms of dollars sold, among the top 10 brands of baby wipes. That puts it just behind Huggies (33%) and Pampers (26%).

While these new findings only focused on a handful of categories, it’s a good glimpse into the power than Amazon.com has when it comes to marketing and selling its own products at scale.

And the retailer has much larger plans for its private label items going forward.

A report from The WSJ in May 2016 detailed Amazon’s expansion of its own brands, with new launches in the categories of Happy Belly, Wickedly Prime, Presto!, and the above-mentioned Mama Bear, for example. Happy Belly now offers food items, like nuts, trail mix, tea, coffee, and cooking oil. Wickedly Prime will be snack foods. (Currently, its landing page comes up in Google search results, but there are no products listed.) 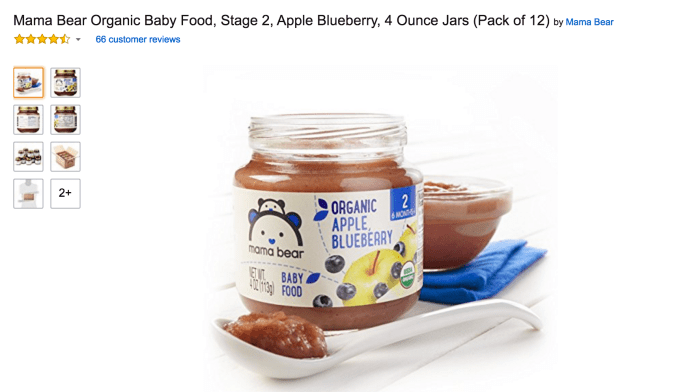 Meanwhile, Mama Bear offers only a few items today, like this organic baby food. (see above)

Its Presto! line of household products, on the other hand, currently has top billing in the Amazon mobile app, where Amazon’s new detergent line is being promoted with a banner ad in the “Prime” section of the app. 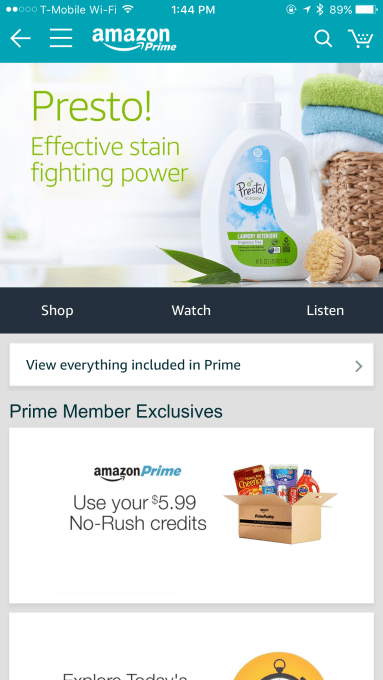 “Amazon is leveraging its dominance to sell their own private-label brands which compete with traditional suppliers,” said Jed Alpert, Senior Vice President of Marketing at 1010data, in a statement about the firm’s new report.

“Reasons for Amazon’s success across different markets vary. In batteries, they have a price competitive product in a largely commoditized market with little brand loyalty. In speakers, they’ve developed truly innovative products that are redefining the market. The bottom line for brands is they can no longer view Amazon as solely a channel and need to acknowledge them as a competitor,” he added.