It seems DJI is about to announce the next generation of the Inspire drone. The company recently sent invites for a November 15 event in LA with the tagline of Control / Create, clearly a nod to the Inspire’s dual-controller capability and target market of Hollywood creators.

The event would be two years and one day after DJI announced the original Inspire drone.

The first Inspire was a marvel of drone technology when it launched in 2014. It packed DJI’s latest streaming technology, able to send 1080p video from the drone to a controller a mile away. This was later updated to a 3 mile range, but DJI’s new, tiny drone, the Mavic Pro, can stream video over 4 miles. Clearly the Inspire needs an update.

It’s likely DJI will pack the Inspire with some of the features found in the Phantom 4 drone such as obstacle avoidance, improved downward facing location sensors and target following capabilities. Interchangeable cameras would make sense, too, seeing DJI’s build-out of its Osmo line of handheld gimbals. Hopefully the Inspire’s signature transforming design is retained for the new model, too. It’s just so rad. 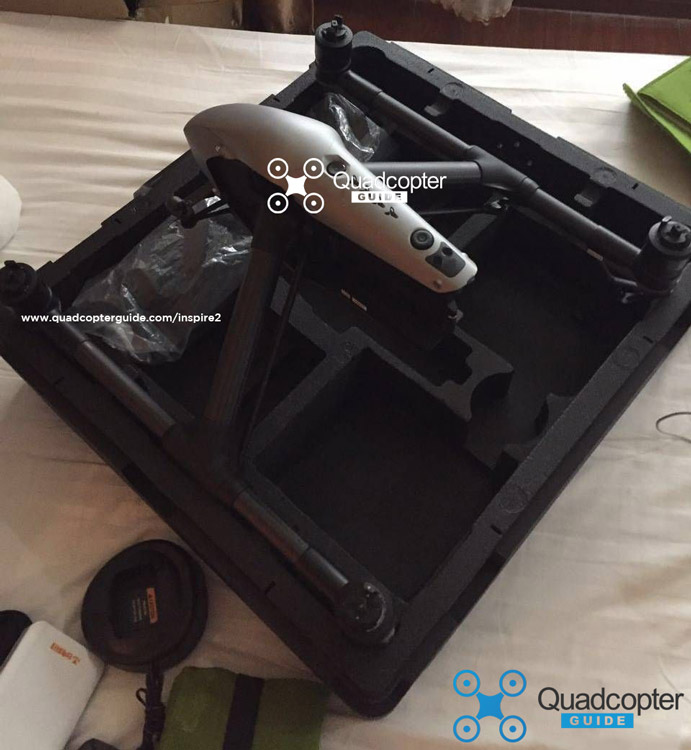 An image hit purporting to be the next Inspire which seems to suggest the drone will keep its sleek shape, quick change rotor clips, carbon fiber arms and wide stance. The image shows the drone in what appears to be a foam shipping container.

The Inspire line sits in an odd spot for DJI. With an MSRP of $3,099 (but on sale through DJI at $1,999), it’s between the company’s consumer line and massive, six-rotor beasts. It’s aimed more at creators with a need for precise aerial photographer but without the funding of a major movie studio.