Pokémon Go had its first special in-game event this Halloween, and the results are promising for people hoping Niantic will run more in the future: Revenue was up 2.3 times from the week before, according to app analytics firm SensorTower, and daily revenue on October 29, in the middle of the event, was at its highest overall level since September 10, according to analytics provider App Annie.

The event ran between October 26 and today, November 1, and featured higher catch rates for a range of Halloween-related Pokémon, including Meowth, Gastly and Zubat. The event also included higher pay-out rates for candy earned through catching, transferring of Pokémon to the professor and walking with your designated buddy Pokémon. 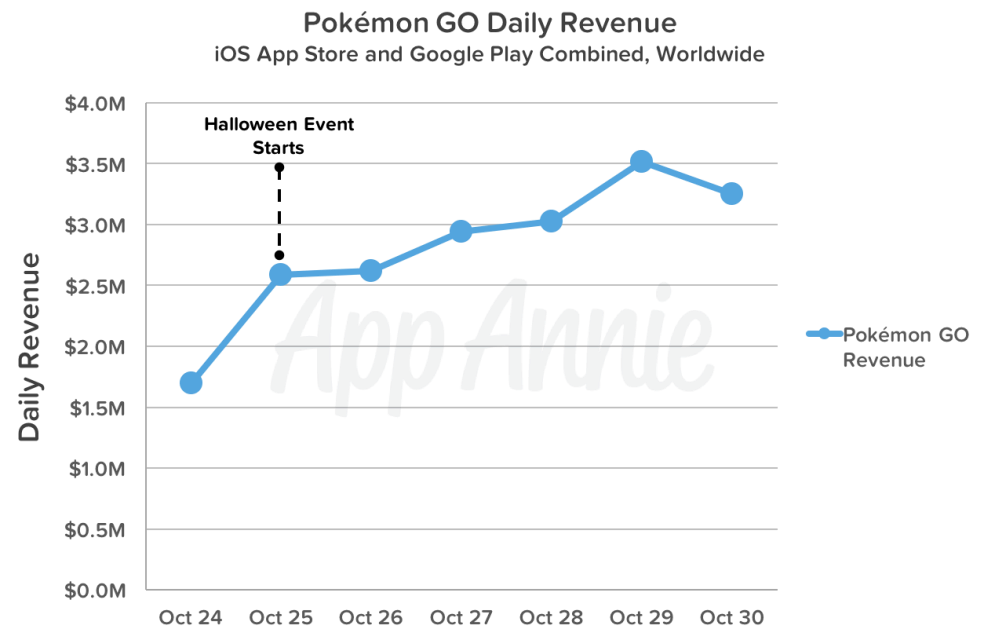 The event earned around $23.3 million total between October 25 and 29, according to SensorTower’s data, while it earned only (‘only’) $10 million between October 18 and 22, the week prior to the event. App Annie’s data backs this up, seeing double daily revenue for the game on October 29, when compared to the money spent by players in-game on October 24. 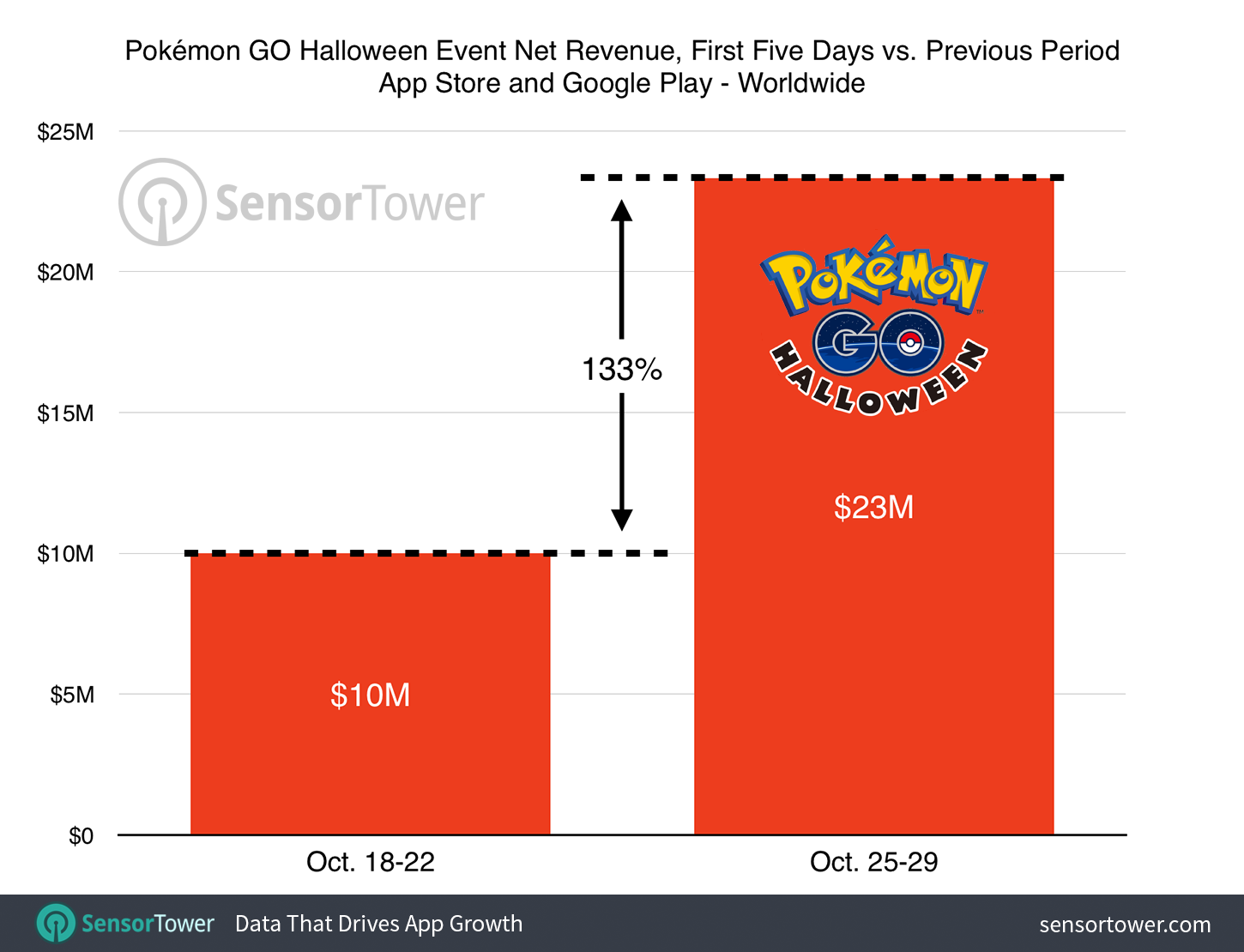 SensorTower’s Randy Nelson points out that the success of this event is particularly significant because Niantic didn’t even have to add any new content to the game to prompt the boost in player attention and spending. Simply tweaking the reward payout was enough to amp up revenue generation, which means it’s almost guaranteed that we’ll see similar future events timed for holidays and other windows of opportunity.

It also raises the prospect of how much potential remains if Niantic were to add new content, such as legendary or other new Pokémon in-game during these events. If players are eager to play and spend even when those things aren’t available, it stands to reason that they’ll be even more excited about the opportunity to pick up unique items or creatures, too.