A startup called Primo Toys today began online and retail sales of its latest educational product, the Cubetto, a programmable wooden robot for kids as young as 3.

The London startup, which is a graduate of the PCH Highway 1 accelerator and backed by Randi Zuckerberg, promises families and educators a screen-free way to teach coding basics to kids who can’t yet read or write. 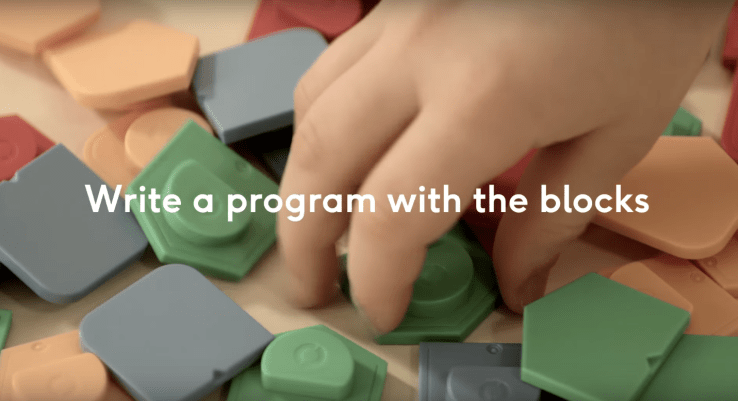 Retailing for $225, the new Cubetto kit includes a wooden, cube-shaped robot on wheels, a wooden game board and blocks that fit onto it, a mat where the robot can roll around, and an activity book.

Each block in the Cubetto kit represents a command you’d find in a simple programming language like LOGO, such as forward, right or left, and function.

Kids place the blocks on the game board to create, if not really write, a program that moves the robot around different obstacles they can arrange on the mat. 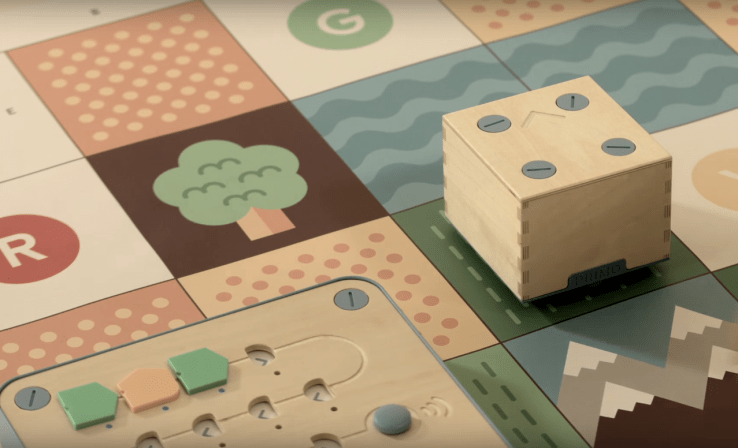 Primo Toys’ CEO Filippo Yacob said the new edition Cubetto has been in development since 2015.

In its earliest days, Primo Toys saw success with a 2013 Kickstarter campaign for its original Cubetto, more of a DIY kit to teach older kids some coding and hardware basics.

The company followed up with a second campaign in March this year, which Yacob claims shattered edtech category records on Kickstarter. 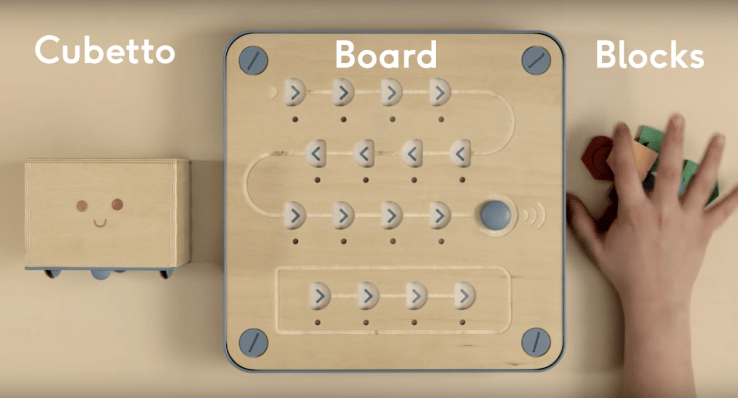 Primo Toys raised $1.6 million from 6,553 backers on Kickstarter in its 2016 campaign, and following that, received 20,000 preorders online, which are slated to ship to customers in 92 countries now.

Because it does not require the use of an app, Cubetto is meant to be accessible to kids who don’t have a smartphone or tablet whenever or wherever they play. And Yacob says Primo Toys’ focus on a “screenless” experience for young kids makes its toys more socially engaging.

The idea is that once a screen is on, kids will watch and interact with it rather than one another. 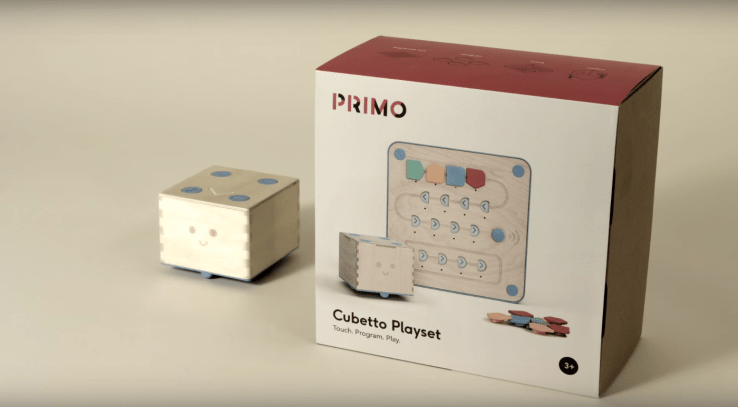 The CEO said, “We merge educational principles borrowed from Montessori learning, and combine them with skills that are very 21st Century, like coding.”

Today Primo Toys is selling its Cubetto to families, but it will also be demonstrating it and selling to early learning centers, pre-schools and school districts around the world, Yacob noted.