When Lume Cube first crashed into the world’s consciousness, they did so with an $80 smartphone-controlled, waterproof light aimed at the GoPro-loving extreme sports market. Today, the company launched a Kickstarter campaign for Life Lite, its followup. Life Lite is 33 percent less bright, but also half the price and half the size. The new addition is aimed at people shooting live video with smartphones.

“We hoped this was going to be successful,” said Lume Cube’s founder and CEO Mornee Sherry in an interview last week. “And the original Lume Cube is now available for sale in more than 45 countries.” 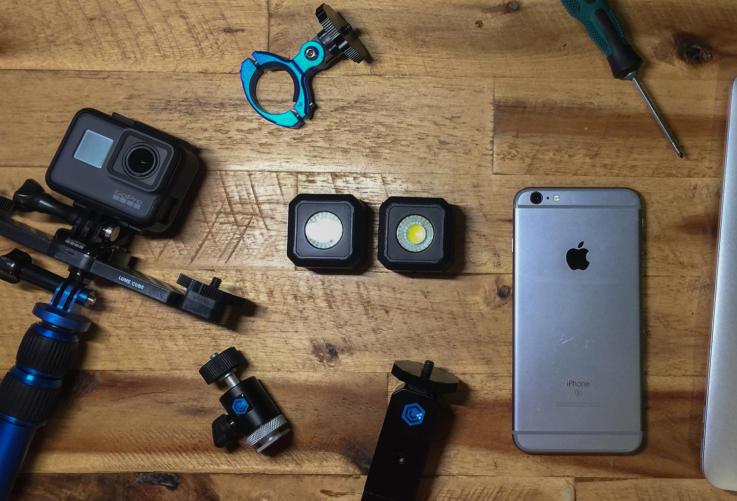 The Lume Cube Life Lite can still be used with GoPros, of course, but its slightly thinner form factor means it’s better suited to smartphone photographers — and people who want to be able to throw a small light in their pocket or bag

The original Lume Cube became a darling of extreme sports fans all over the world, but the cube-shaped light was too big and too pricey for some of the company’s customers. The response became the Life Lite. Waterproof to 30 feet (10m) and outputting up to 1,000 lumens, the light isn’t as high-spec as the original Lume Cube (which went to 100 feet and output 1,500 lumens), but at half the size and half the price, it might just be the perfect match for people who have different needs from their lighting situations.

“There’s a bit of a difference in philosophy between the lights,” Sherry tells me. “Lume Cube is practically indestructible. You can run over it with a truck if you want. It was designed to be a good match with the GoPro cameras, which are notoriously bad in low light. The extreme sports angle meant that the original Lume Cube had to be ultra durable and super bright.”

The photographic landscape has changed a lot since 2014, however: The number of people filming and streaming with their smartphones has gone through the roof. Small cameras are much happier in low light than they used to be, and the relentless focus on indestructibility is less important to the current generation of filmmakers.

The company’s Kickstarter campaign is going live any second, you can find the link to the campaign on the Lume Cube website.