One of the unsung casualties of long, sad death of the Note 7 was poor, poor Blue Coral. It was a really striking addition to an already lovely phone, a sort of shimmery light metallic blue. Every since Samsung and basically every regulatory body around put the kibosh on the phablet, however, the closest we’ve gotten is the Google Pixel’s Really Blue option. Which, while the phone is, as advertised, quite blue, it’s just not the same.

But there’s still a shade of hope for Coral Blue holdouts. Samsung will be offering up the Galaxy S7 Edge in the color – not a bad compromise, all said. There’s one key caveat here, however: no sign of stateside availability. In fact, for the moment, the handset has only been announced for Taiwan and Singapore.

Never say never, of course. There have been some leaks floating around regarding the device’s arrival on Verizon at some point. And hey, even if the company wasn’t planning to release it before, well, these certainly qualify as extenuating circumstances, as the company heads into the holiday with one of its biggest product lines out of commission.

Meantime, here’s a bonus shot of a mermaid holding the phone in somebody’s really nice bathroom: 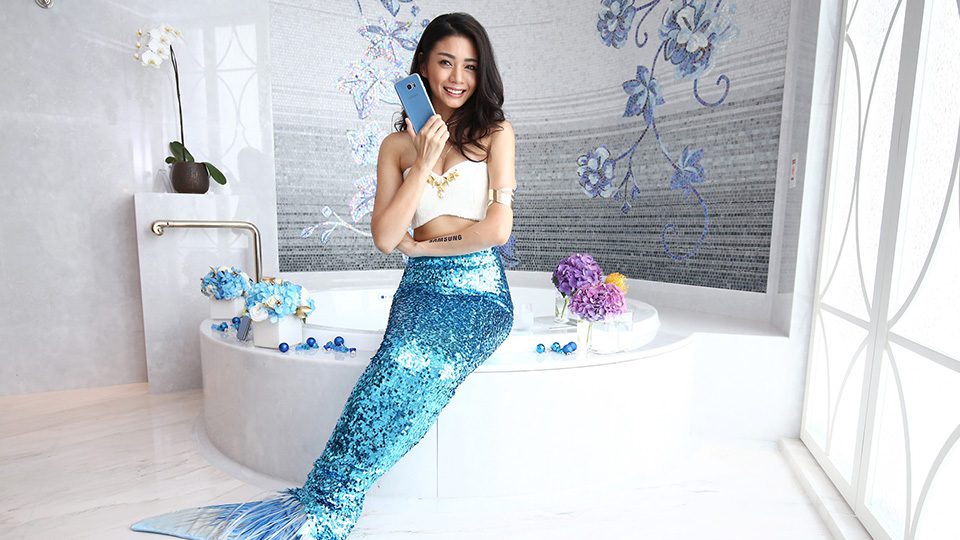