OpenStack, the open source cloud computing platform that allows enterprises to essentially run their own version of AWS in their data centers, was founded by NASA and Rackspace in 2010. Today, it’s being used by the likes of Comcast, PayPal, Volkswagen, CERN, AT&T, China Mobile and Her Majesty’s Revenue and Customs in the U.K. The OpenStack Foundation’s bi-annual developer conferences now regularly attract thousands of developers and while the project started with only a few core services (compute, storage and networking), it now features six core services and about 60 small projects under its umbrella.

After 14 releases in the last six years, it’s clear that OpenStack is now a pretty mature project; that definitely showed at the project’s latest developer conference in Barcelona, Spain this week.

A few years ago, the question everybody asked at these OpenStack Summits was whether anybody was actually running the software in production and whether it was ready for the enterprise. Both of those points are now moot. According to a study by 451 Research, most OpenStack-powered clouds are now between 1,000 and 10,000 cores in size — and five percent top 100,000 cores. The majority of the project’s enterprise uses run their infrastructure services, business applications and big data workloads, as well as web service and e-commerce applications on the platform.

Even though OpenStack has reached this level of success, there is still occasionally an air of insecurity around the project. After the startup ecosystem around the project bloomed a few years ago, the inevitable consolidation set in last year, with the shutdown of Nebula, a company that sold hardware and software based on OpenStack, being the main bellwether. In addition, a few other startups in the OpenStack ecosystem also recently shut down. And while HP and later HPE remain major backers of the project, HPE recently laid off many of its OpenStack engineers, even though it’s still actively trying to sell OpenStack to its customers — especially in the telco world. 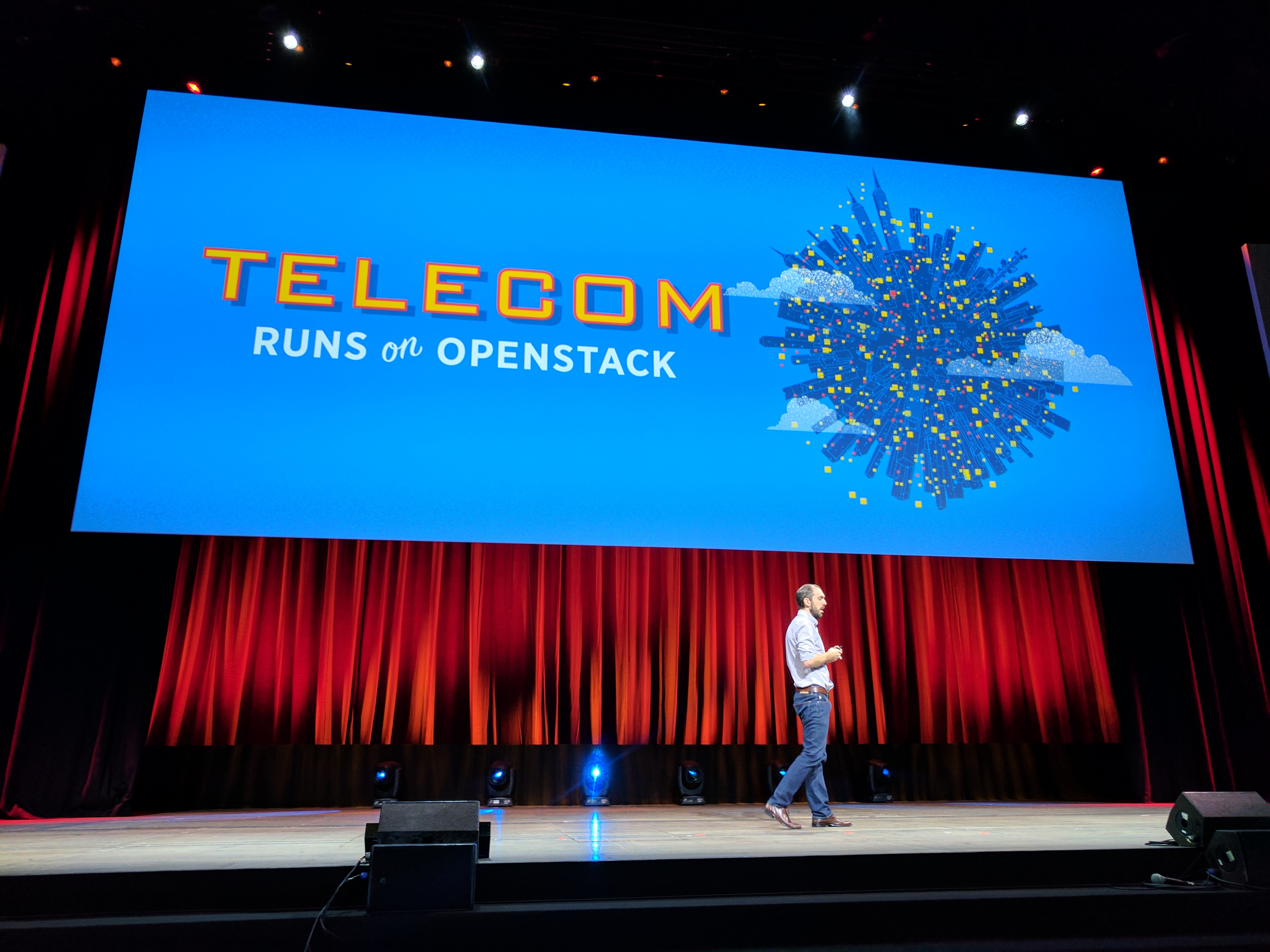 Canonical founder Mark Shuttleworth told me that it’s time for a reality check for OpenStack and the vendors in its ecosystem. He’s probably a bit more pessimistic about OpenStack than I am, though. Time and again, this year’s Summit focused on OpenStack’s telco customers and the fact that they are using the software to replace a lot of their expensive proprietary hardware with software (the buzz acronym here is NFV — network function virtualization). Those users include Deutsche Telekom, AT&T and numerous telcos in China, where OpenStack is growing especially quickly. Indeed, China Mobile and Deutsche Telekom both became gold-level sponsors of the project this week.

While telco’s are more agile today than they were only a few years ago, this is still a very conservative industry, with long sales and deployment cycles. The simple fact that these companies are betting on OpenStack — in addition to everybody else who is already on board — gives me plenty of confidence in the project’s long-term prospects.

Rackspace CTO John Engates is probably more positive about OpenStack’s future than I am, though. He told me that he believes all Fortune 100 companies will use OpenStack in some form or another within the next three years (half already do today). He does think, however, that awareness of the project in the C-Suite is still lacking, but that having major backers like Comcast and Walmart means we’ll see a trickle-down effect where even mid-sized companies will take a look at OpenStack in the long term. As Rackspace’s general manager for its OpenStack private cloud business Bryan Thompson also noted, the company is now seeing more mid-sized enterprises interested in OpenStack and its current customers are often growing their OpenStack commitment and either expanding their existing clouds or launching new ones in different geographies.

For the longest time, the OpenStack community also discussed how to integrate containers (and whether they were a threat that could eventually bring down the whole house that Rackspace and NASA built). At this point, that discussion seems settled. OpenStack now features multiple services that make running containers on OpenStack easier. Indeed, it seems like the OpenStack community is making a pretty big bet on containers and, while it’s not taking sides, Kubernetes seems to be at the top of mind of the community as a whole.

While working with the container community seems to have come naturally, though, the project’s executive director (and hobby cattle farmer) Jonathan Bryce admitted that the community should do more to reach out to other open source projects so it can benefit from the innovation that happens outside of its immediate scope.

Rackspace’s Engates told me that last year, he predicted that this would be the year that OpenStack would become boring — not because it isn’t a successful project anymore but because it’ll be stable, there won’t be any drama and because it’s chugging along just fine. He’s probably right. But the team behind the project is also clearly looking to keep innovating because standing still is obviously not an option in technology and we’ve already seen that OpenStack (like the Borg) is at its best when it assimilates new technologies like containers.