Amazon today officially launched the updated version of its $40 Fire TV Stick, which now includes the power of Alexa, thanks to the included voice-controlled remote. This is the most notable addition to the new streaming TV dongle, which also sports upgraded internals, like a quad-core processor and faster Wi-Fi.

With Alexa built-in, you can search across not only Amazon’s own video library, but also third-party services, like Netflix, HBO Now, and Hulu, as well as control the playback of Amazon’s video content.

Alexa outside the Echo

On the Fire TV Stick, you’ll also be able to use Alexa as you would on an Echo speaker – that is, you can ask her for news and sports updates, the weather, create to-do lists, or take advantage of her add-on skills, such as calling you an Uber or reading your tweets, for example.

This makes Fire TV Stick now the most affordable way to bring Alexa into the home, given that the cheapest Amazon speaker, the Echo Dot, costs around $10 more. 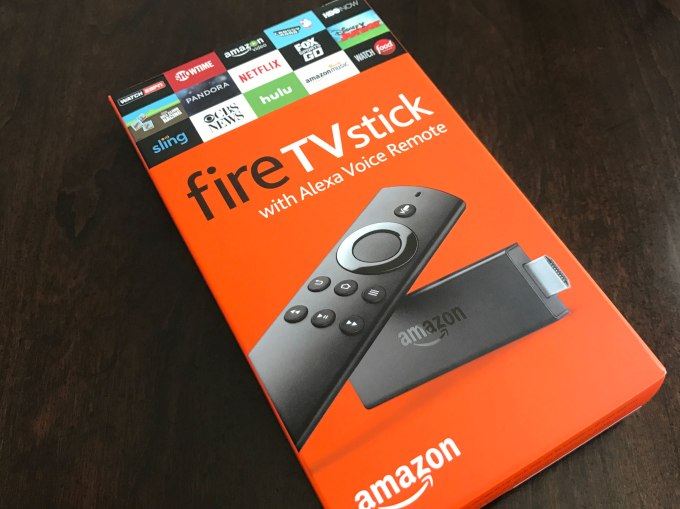 Of course, Alexa excels on the Fire TV Stick by helping you search and navigate through multimedia content. Alexa can search across Amazon Video, and third-party services like Netflix, Hulu, HBO Now, and others. In total, Alexa can tap into more than 90 apps and channels, the company says.

That means you can ask her to play your favorite show, even when that show isn’t on Amazon. You can also ask her for suggestions of what to watch, by saying something like “find romantic comedies,” or asking to see all those programs featuring a particular actor, for example.

When a TV show or movie is available across multiple apps, Fire TV Stick will display all your viewing options – including “watch,” “rent” or “purchase” – so you don’t end up buying something you could watch for free with a subscription. 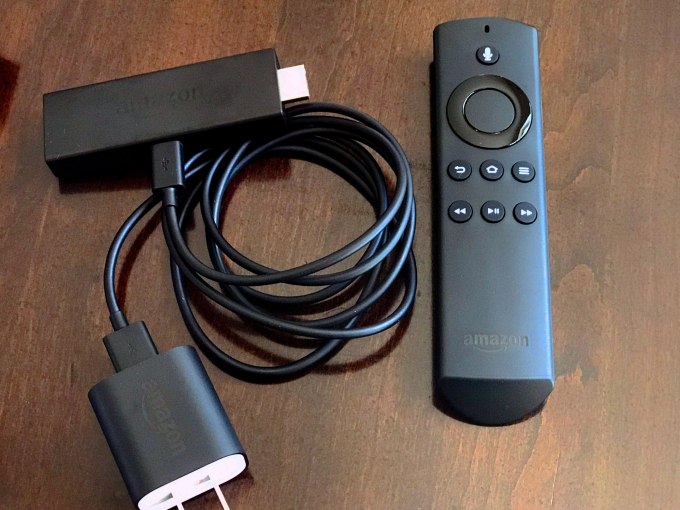 This an interesting move on Amazon’s part, given that selling content from its own video catalog is one of the main ways Amazon could make money by getting its Fire TV Stick into consumers’ homes. But it appears that the dongle is heading in the direction of Roku, which takes a more agnostic approach to promoting the content available on its platform.

That being said, Alexa still works best on Amazon’s own content. When streaming Amazon Video, you can use voice commands to rewind, fast forward, play and pause your programs.

Alexa can also stream your music from Pandora, Amazon Music, and iHeartRadio, launch your apps, move to the next episode in a series, and more.

The Fire TV Stick will also soon sport a new user interface, which Amazon is showing off today. This will arrive in an over-the-air update later this year, hitting the Stick ahead of the Fire TV.

Amazon says the updated interface aims to offer a “more cinematic experience,” as it includes things like video trailers and content screenshots, as well as new ways to personalize the experience to you. 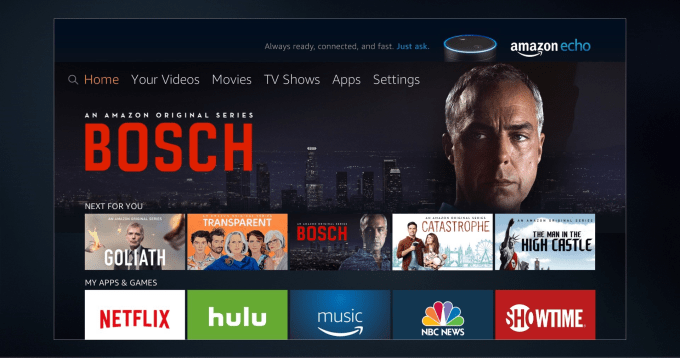 For example, Amazon is now working with third-party content partners like Netflix and HBO to pull in your own recommendations from those services, which will then be given their own row within the new interface.

As someone who has played around with nearly all the streamers at one point or another, from a sheer usability standpoint, this is probably one of the most exciting changes. On Apple TV, there’s nothing like this; while on Roku, the company addressed personalization through a News Feed-esque “Home Feed” which pulls in updates from your favorite shows. 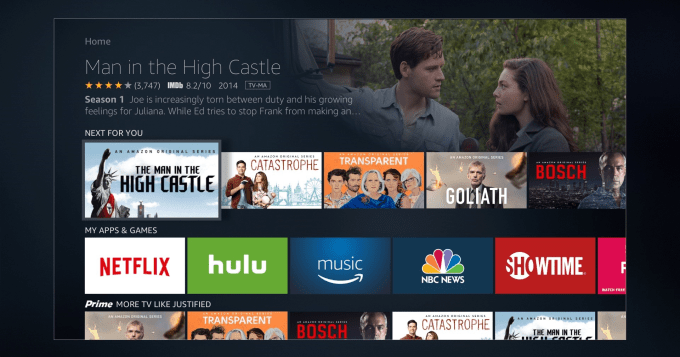 Fire TV Stick and Fire TV will instead mash up all your recommendations. That means, instead of moving in and out of apps and their own individual watchlists, your Fire TV home screen will just display everything that you like to watch.

And Amazon tells us it plans on adding more partners’ recommendation rows in the “coming months.”

Of course, Amazon’s own content still gets bigger and better billing here, but it’s a step in the right direction toward something that looks more like the best-in-class Netflix interface, but with featured content that comes from beyond only one service’s walls.

Overall, with the combination of Alexa, the new interface, the speed boost, and Fire TV’s ongoing support for third-party apps – including the popular “jailbreak” app Kodi – the Fire TV Stick will be a compelling choice, given its low price point.