What will friending, sharing, and messaging look like in virtual reality? Facebook has tapped video game giant Electronic Arts’ VP Rachel Rubin Franklin as the new head of the Facebook Social VR team. Last week, Mark Zuckerberg presented an exciting demo of how friends can play and explore together in VR thanks to Facebook, and Franklin will now work to bring that experience to the world. 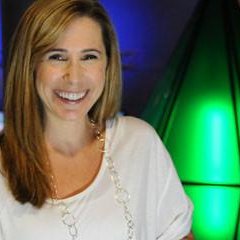 Franklin has worked at EA since 2011 before being poached by Facebook. There she was an executive producer, GM, and VP on the studio running the blockbuster game The Sims 4, which was the best-selling PC game of 2014 and 2015, moving over 5 million copies. She previously worked at cloud gaming startup OnLive, as well as game studio Activision after earning a degree in applied math and computer science from Carnegie Mellon.

Franklin is “a new hire as head of the Facebook Social VR team” the company tells me. She will work with Facebook’s other Social VR leadership, including Michael Booth and Lucy Bradshaw who virtually appeared on stage with Zuck during the demo at the Oculus Connect 3 conference. Regarding her hiring, Facebook’s CTO Mike Schroepfer wrote “It is a blast to fuse the experience of people who have developed many successful immersive online worlds with engineers who have decades of collective experience building Facebook.”

The challenge for Franklin and her team will be creating a product that delivers the potential of virtual reality headsets to permit intimate social interaction for people geographically separated, while making the experience feel familiar and accessible to Facebook’s 1.71 billion users.

For example, Zuck demonstrated the ability to take a Messenger video call in VR, which a holographic screen popping up from your virtual phone — like R2D2’s projection of Princess Leia. Facebook has also invented “VR Emoji” which lets users change the facial expressions of their avatars with hand-based gestures, like shaking your fists to make your face angry, or thrusting them above your head to convey joy.

Franklin will have to figure out how to make these experiences intuitive rather than bogging down Social VR with instructions. Meanwhile, she’ll have to carefully balance the vividness of feeling like you’re having a face-to-face conversation with a friend without falling into the uncanny valley where friends’ avatars seem creepy because they’re close to seeming human but with jarring flaws.

The evolution of Facebook Social VR, from blocky generic characters to life-like custom avatars that can express emotion

Facebook has an enormous opportunity in VR since it has much more insight into helping people socialize than the other big virtual reality players like HTC, Sony, and Google. If it can combine its social network and Oculus acquisition into an experience other platforms can’t copy, it could differentiate Facebook’s VR platform beyond the games and cinema apps available on every headset.