A startup that matches riders with drivers for paid and pre-scheduled carpooling, Scoop, has inked a deal with two big towns in the increasingly congested commuter hubs in the San Francisco Bay Area, Foster City and San Mateo.

With this deal, each city is subsidizing carpoolers’ rides so that passengers only have to pay $2 each way, and will ostensibly refrain from driving solo or taking taxis, which clog the roadways and can contribute to poor air quality.

Drivers see 50 percent to 100 percent of their expenses reimbursed through Scoop, generally, based on how many people ride with them. Before becoming a Scoop driver, a vehicle owner has to go through a motor vehicle history report ensuring they have a clean driving record. 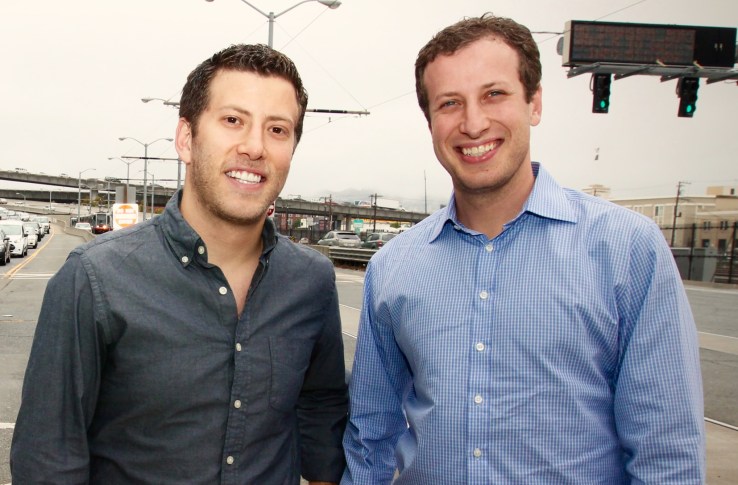 The city-subsidized rides will kick in on October 10, but Scoop riders can begin booking their discounted carpool trips today.

As TechCrunch has previously reported, with Scoop, passengers book a ride in a car with an available seat as late as 9 p.m. the night before their commute. And they can book a ride home as late as 3:30 p.m. the day of the return trip.

The company currently operates in the San Francisco Bay Area, and between Los Angeles and Century City.

According to co-founders (and brothers) Jon and Rob Sadow, Scoop has plans for national expansion, and hopes to partner with other city transit offices to encourage carpool usage, reduce traffic problems and, of course, grow the app’s user base.

Scoop works with large employers to subsidize their employees’ carpooling, too. Riders can specify whether or not they want to ride with a specific colleague or friend, or after they have taken a ride, whether they’d prefer not to ride with a particular driver or passenger again.

The company has recently surpassed 100,000 trips across eight towns in the San Francisco Bay Area and the Los Angeles metro area, Jon Sadow said. Each carpool takes an average of 1.5 riders, besides the driver, per car.

The company faces significant competition in the market for paid carpooling, not just from UberPOOL or Lyft Line, which tend to focus on shorter distances, but Google’s new Waze Rider service.