GoPro needs a win. The company’s name may be synonymous with action cameras, but the market it helped pioneer nearly 15 years has long since become overcrowded by cheaper and more specialized option designed by big and small names alike.

The company recently outlined plans to adapt its small and nimble cameras into a virtual reality play with the Omni, but it’s the Karma that most longtime onlookers have been watching. GoPro has been developing its own drone for some time now, first partnering with quadcopter stalwart DJI on the project, and then eventually going it alone. 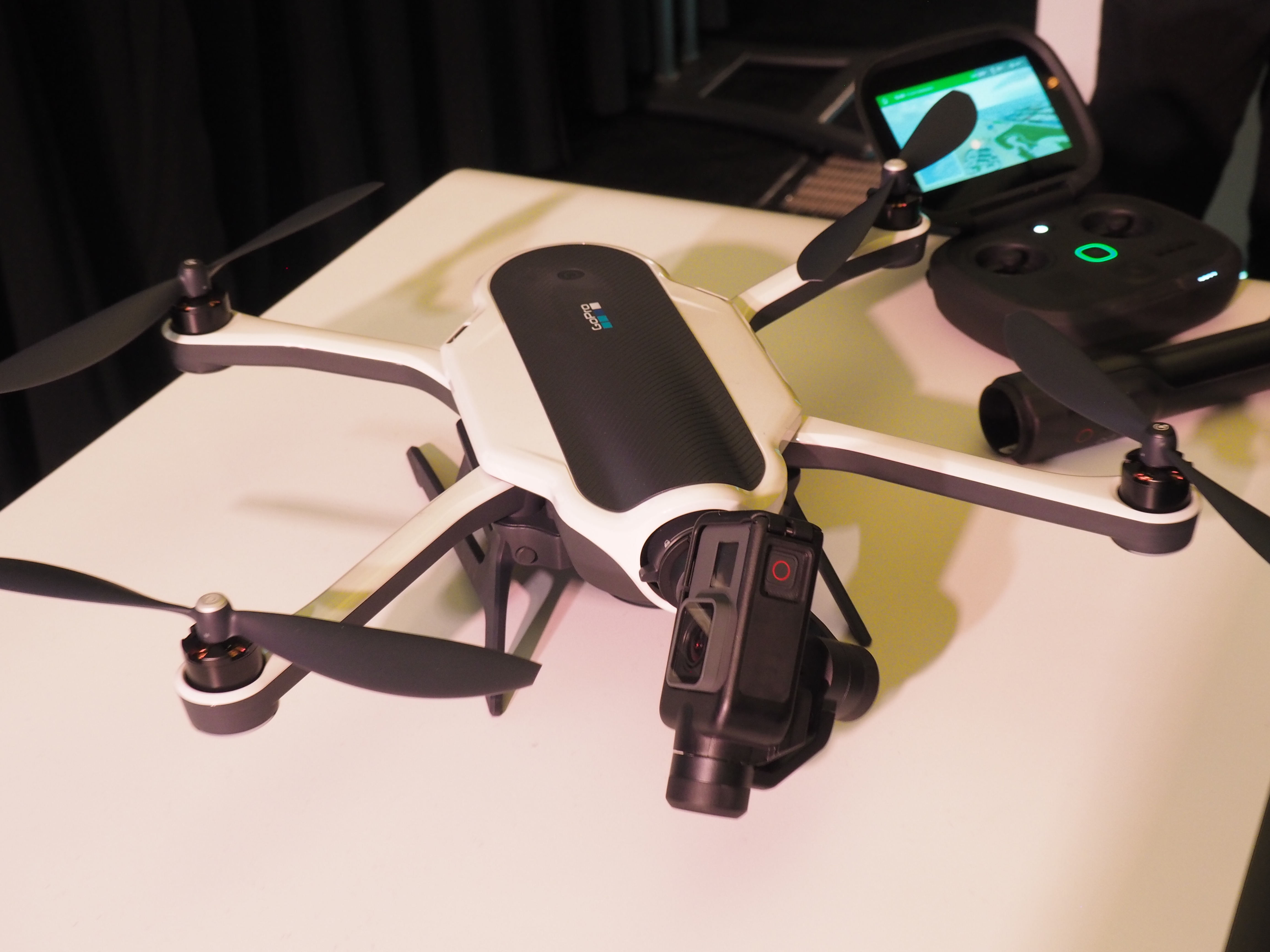 After a planned early 2016 planned release, Karma is finally ready to take flight.

The drone’s key selling point is portability – a definite benefit for a product designed to take on the go, alongside the company’s small cameras. This comes courtesy of fold-up wings. To really drive the point home, the Karma ships with its own backpack, so it can be bagged up and taken along on a bike ride or ski trip.

Also interesting is the inclusion of a three-axis camera stabilizer (“Hollywood caliber stabilization,” according to the company) that can be pulled off the drone and attached to the company’s Karma Grip, for on the go, stabilized shooting, akin to what DJI is offering up with its own gimbals.

Aside from the portability, the Grip is probably the drone’s most interesting feature — and will most likely be available as a standalone at some point, giving users the opportunity to get steady footage during your standard Mountain Dew-infused extreme sport jaunt, without having to plunk down cash for an entire drone.

The drone also ships with a touchscreen controller that makes it possible to operate the vehicle without the need for a smartphone or tablet. It’s priced at $799 and is compatible with the Hero4 and Hero5. There’s also a bundle with the Session camera for $999 and one with the Black, priced at $1,099.