In the shadow of AT&T Park, two Bay Area-based engineers took to the stage at TechCrunch Disrupt SF to showcase their plans for a new kind of sports league. Dressed like a matching pair of flamboyant American flags, Gui Cavalcanti and Matt Oehrlein debuted a trailer for an upcoming web series following MegaBots’ journey from pipe dream to a Formula 1-inspired robotic fighting league.

With high production values, the series will follow Team USA as its prepares its latest robot in the lead up to a battle with Team Japan, Suidobashi Heavy Industry, which accepted in June of last year the American company’s challenge to a duel.

Asked what exactly is taking so long for the two teams to do battle, Cavalcanti explained, “We are building military-grade tech,” a reference to the 15-foot t-shirt-shooting robot stationed outside of Pier 48 for the final day of Disrupt. “Our Mark-2, which you can see outside, is 24-horsepower. Matt and I designed and built it and shipped it in about five months flat, with a team of fabricators. This next robot is an order of magnitude more complex. It’s an order of magnitude more interesting.”

As evidenced by the trailer, the company is also attempting to incorporate a sense of entertainment into the lead up to the process, enlisting a Bay Area-based film crew to create a high-production value series for the web. “What we want to do is make this kind of engineering a level of entertaining that you only see in sports leagues and science fiction films,” Cavalcanti added. “We want to make the promise of science fiction films come to life. Turns out that takes a lot of work while actually producing the entertainment content as you go along.” 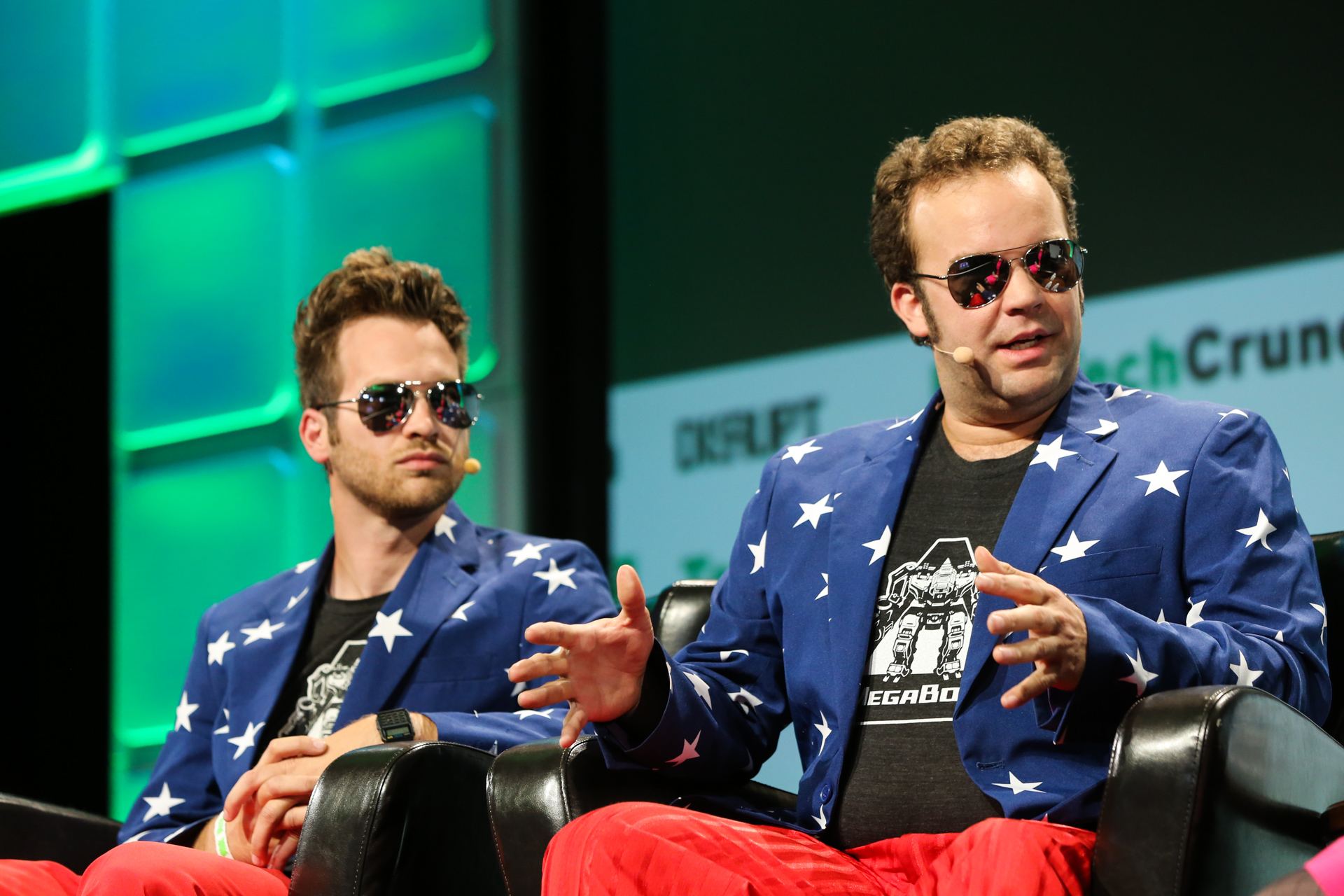 The pair explained there are a total of three teams vying to compete against team USA, and the company hopes to open things up even more with a kit priced at $500,000 to streamline the process, adding that while the price is high, it’s nowhere near the cost of Formula 1. The price, too, would be off-set by Nascar-style sponsorship, along with potential prizes. “Maybe there’s a Red Bull robot,” Oehrlein explained, “Or a Sherwin-Williams one.”

The process has also been hampered somewhat by safety concerns. After all, these are Mech-style bots, designed with human pilots inside — a far cry from the remote control Battlebots that have served as the default for fighting robot leagues. “We’ve been doing a lot of work on the safety side of things,” Oehrlein added. “How do you keep people from dying? It has to be exciting, but people can’t die. There’s an insane amount of safety engineering that’s been happening with the new robot.”