The whole VR backpack bit made the shift from one-off oddity to small scale (if still decidedly odd) movement a few months back, as a handful of notables piled onto the heap. HP and MSI were the first big names in the door and Alienware followed suit (or backpack, rather) a few months later as it showed of its own take on the burgeoning movement at E3 – in prototype form, at least.

At the time of its own announce, MSI, offering was little more than a low-res concept shot, and quite frankly most would have been none too surprised, had it not gone too far beyond that stage of the process.

The thing got a little more official as the Taiwanese laptop maker showed the forthcoming VR One off ahead of the Tokyo Gaming Show, set to kick off later this week. Along with a new name and more angular design, the backpack, designed to remove the hampering effects of tethering, actually got some specs. 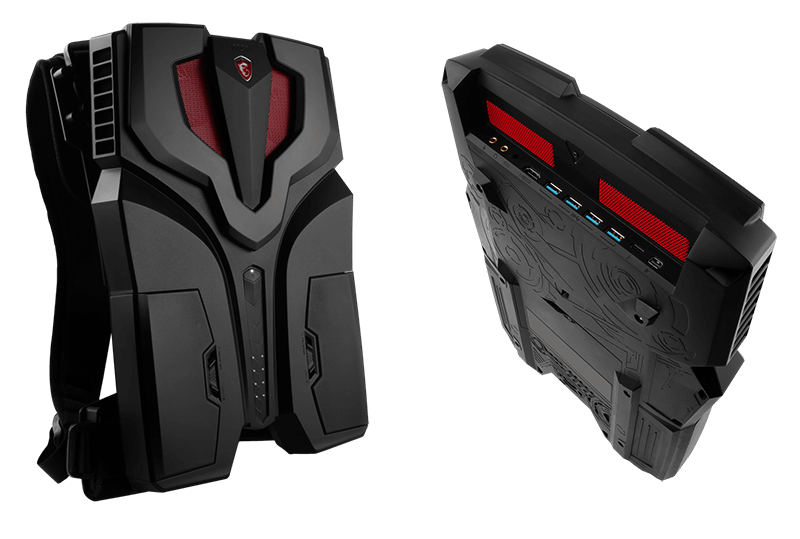 Interestingly, the wearableish device is the product of a collaboration with HTC’s Vive team. Not entirely a surprise, as the company has already largely picked its horse in the VR headset race.

MSI rates the backpack’s two on-board batteries at 1.5 hours of gameplay, which is infinitely extendable by way of hot swapping technology (with a series of lights that indicated it’s time to switch out). The VR One features a GeForce GTX 1 graphics card, an HDMI port, Mini DisplayPort, Thunderbolt3, nine heat pipes and a slew of vents, because a gaming PC attached to the human body is a recipe for overheating.